My mum is sometimes a bit reluctant to let me make her a cake as usually I got off on some failure-ish sort of tangent with odd flavours (such as that shiitake and chocolate pudding) when all she really wants is a cake that tastes good and it’s fine if its boring and you’ve made it before!

And because she’s my mom sometimes I do feel obliged to respect her wishes.

Furthermore this last Sunday was my grandparents’ anniversary as well–the occasion merited a cake that everyone should be able to enjoy (well, without forcing themselves).

I also really like black forest cake myself. I does seem a bit retro (or at least I think; with none of that Swiss or Italian meringue buttercream here) but there’s something about a classic cake covered with whipped cream!

It’s an absolute ton of whipped cream though. Yes, it seems light and you think you’re probably not having too much…but let’s not actually discuss how much cream I used. It’s better this way.

Sometimes I like to sketch things out before I start; it also allows me to get some feedback–my mom quite directly rejected the first two designs. I also got quite a bit of inspiration from all the lovely layer cakes I’ve been seeing lately.

Design 1 I envisioned to be plain but with some piping on top and very definition upward strokes of cream along the sides.

Design 2 (the sort of funky looking one) was inspired in part by this mixed berry genoise from Born and Bred in Brooklyn (whose cake looks much more beautiful than this odd thing I was drawing) and the way that the berries just poked out of the cream; I was envisioning that along the sides of the cake between the layers.

The third was more the classic sort; cherries on top and I thought I might comb the cream on the sides to create ridges.

I also considered the very striking black forest cake from desserts for breakfast.

The last design, and the one I finally settled on, was inspired by this beautiful fruit arrangement on top of a chocolate beetroot cake from Cupcakes and Curries and adopting the crescent shape from this carrot cake by the Domestic Gothess, The generous top was supposed to contrast the very minimally iced sides (a design choice and not an excuse due to running out of cream, though I was accused of that several times over the evening).

The cake recipe is my mother’s. She once made it as a relative’s wedding cake; the annotation on the side says ‘to make every 5 years!!’ It makes an incredible amount of cake, but the batter doesn’t rise as much as I thought it would (with all that baking powder and eggs); rather it comes already quite voluminous. I ended up baking five layers in different pans of different sizes (a rectangular pan, one with fluted edges) but with some trimming you can end up with five perfectly decent layers (of quite variable thickness).

So happy Fiesta Friday and a late mother’s day post! Kindly hosted by Angie, the Novice Gardener and cohosted by That’s Justine of Eclectic odds n sods and Jhuls, The Not So Creative Cook.

If you’ve somehow found yourself on this old recipe page, there’s an updated and improved version of this recipe here! 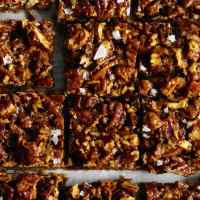