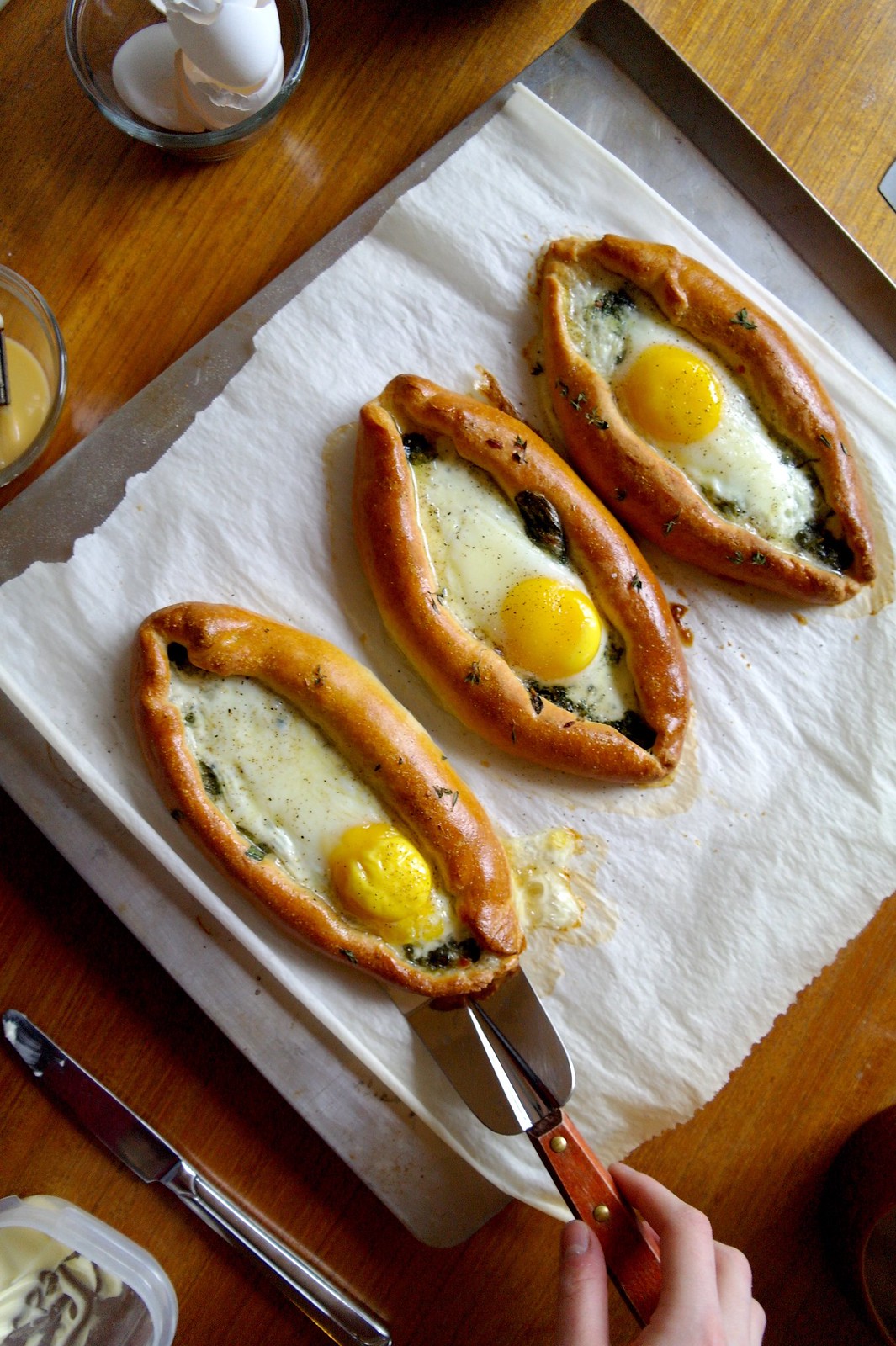 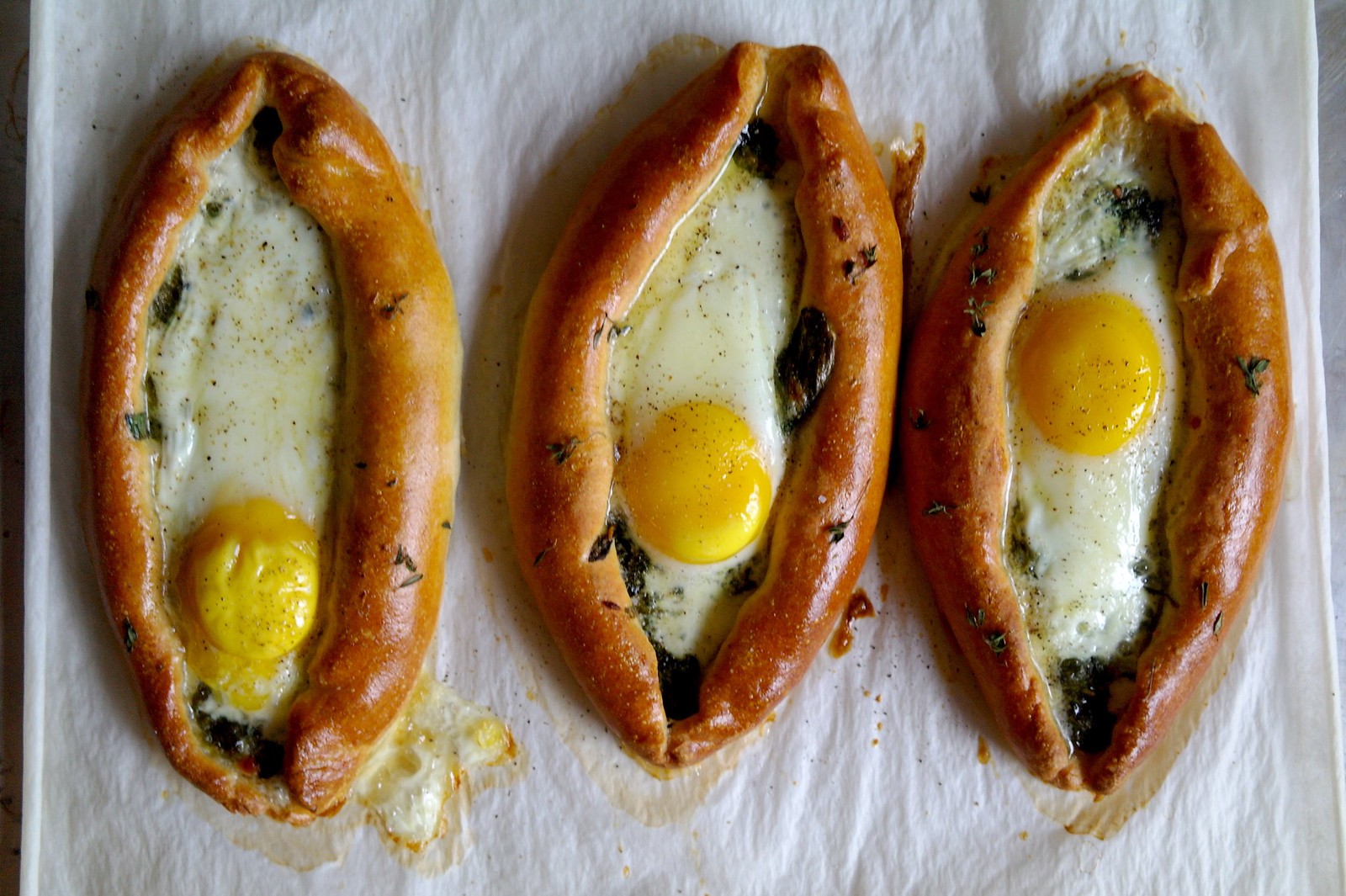 The first Fiesta Friday I joined was Fiesta Friday #56, so I could say that I’ve been around (very off and on) for 44 Fiesta Fridays! Fiesta Friday was already well-established by the time I joined, so I need to thank all the Fiesta Friday partygoers who arrived at the very beginning, those who came before me, and those after me as well for helping such a lovely community to flourish and root itself. 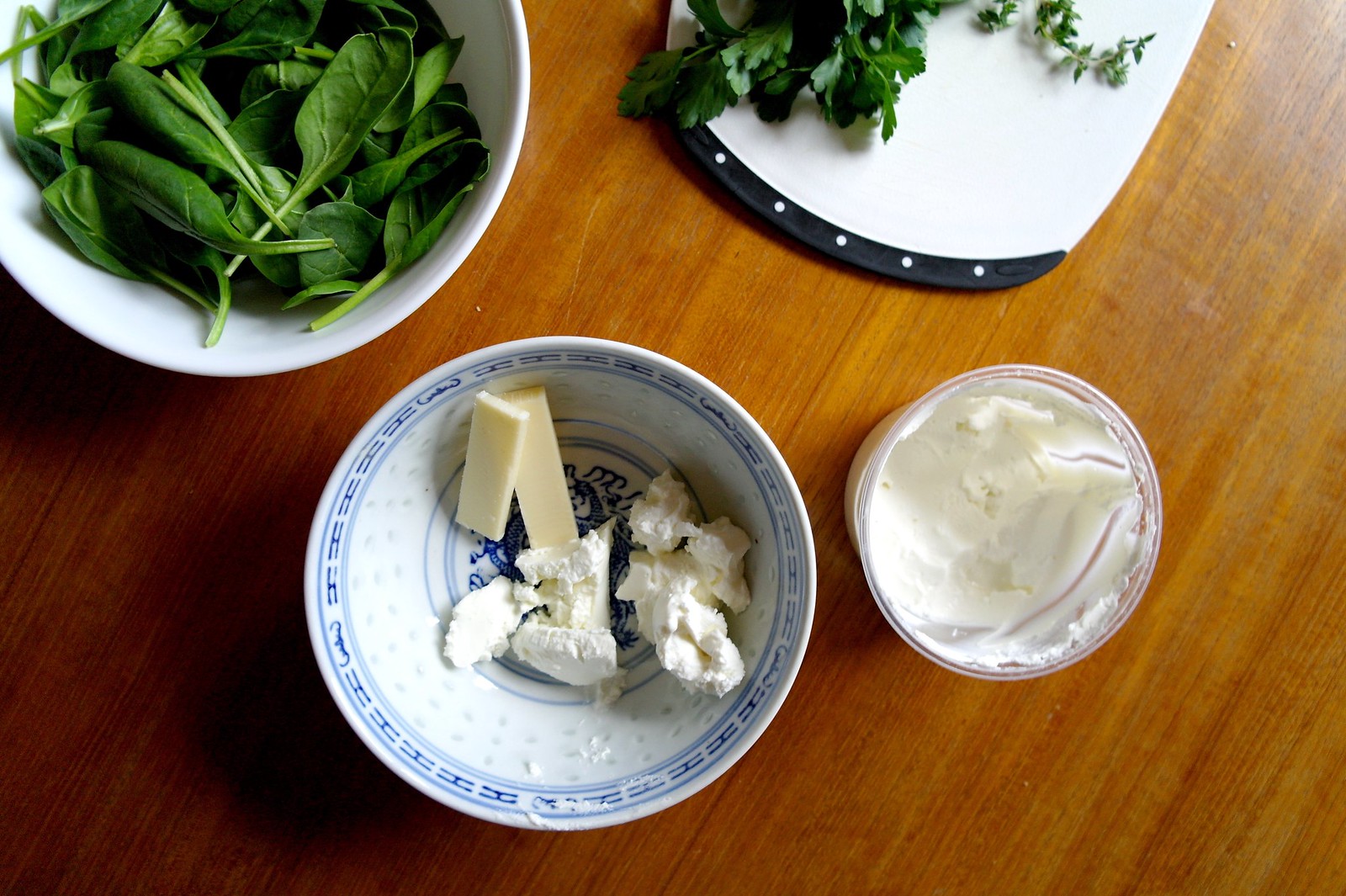 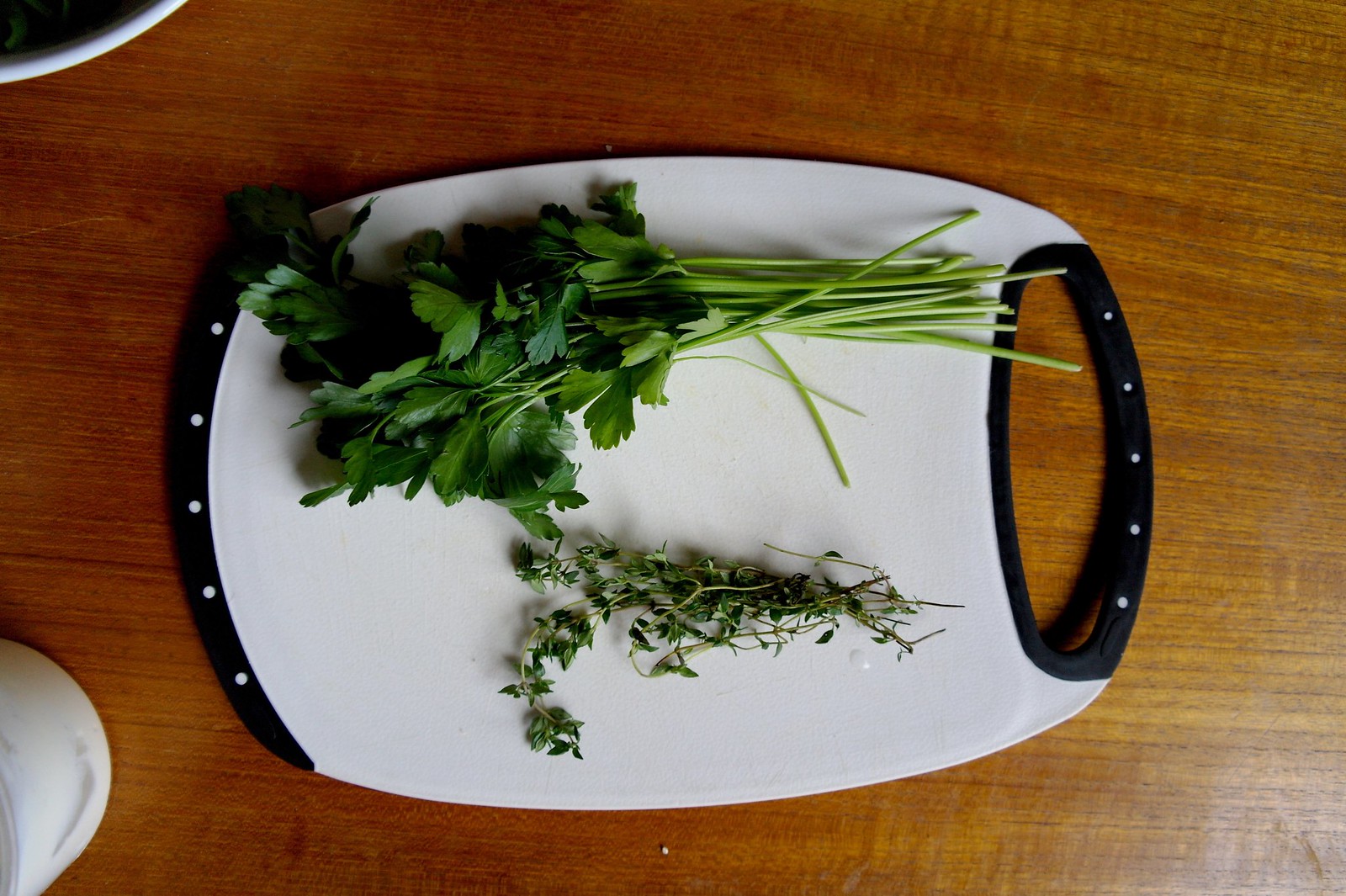 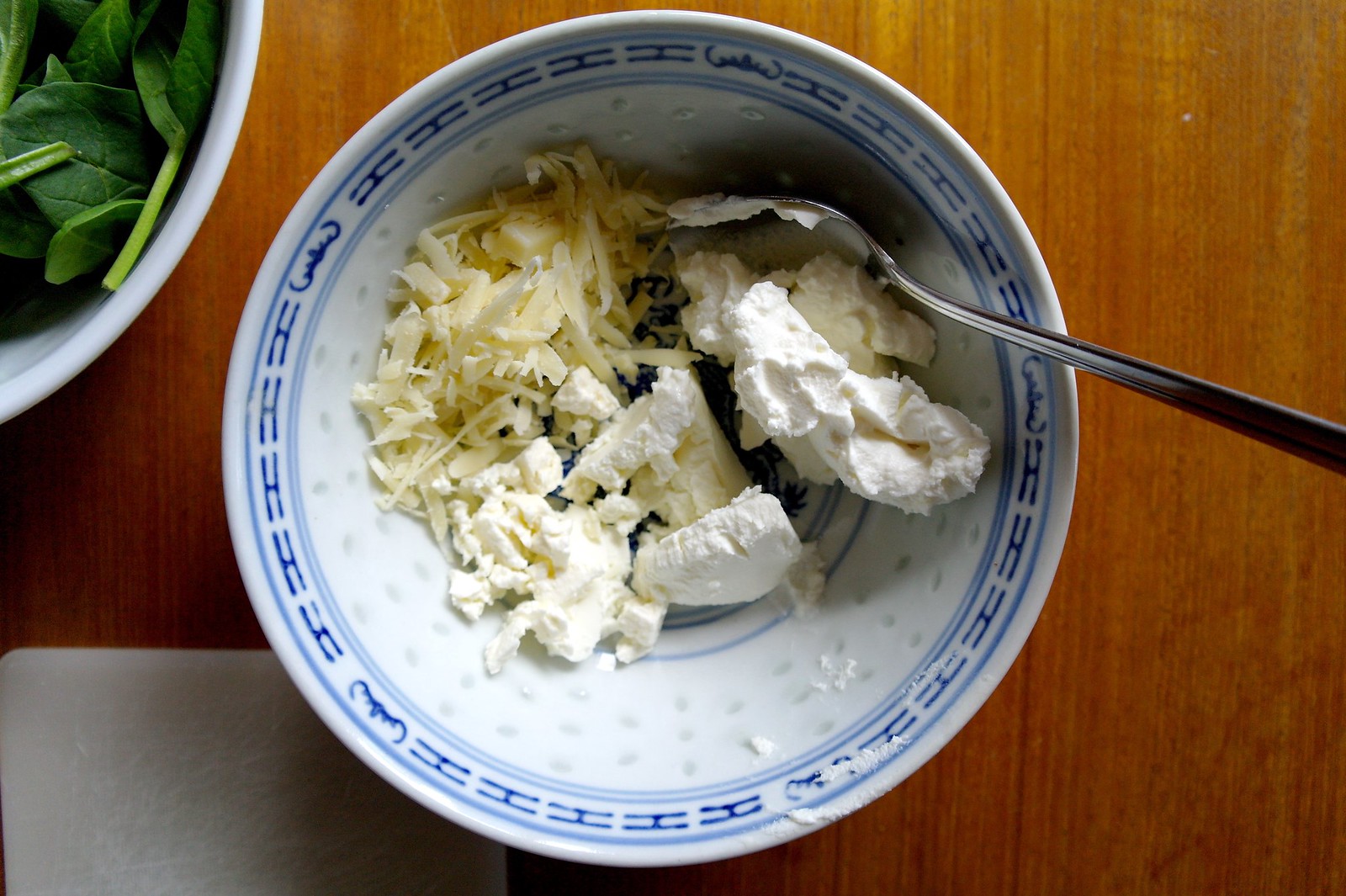 It’s always a spectacular party every week and these two weeks, even more so. Angie, the Novice Gardener, is joined by four cohosts, Judi of Cooking with Aunt Juju, Mollie, the Frugal Hausfrau, Steffi of Ginger and Bread, and Suzanne of A Pug in the Kitchen. 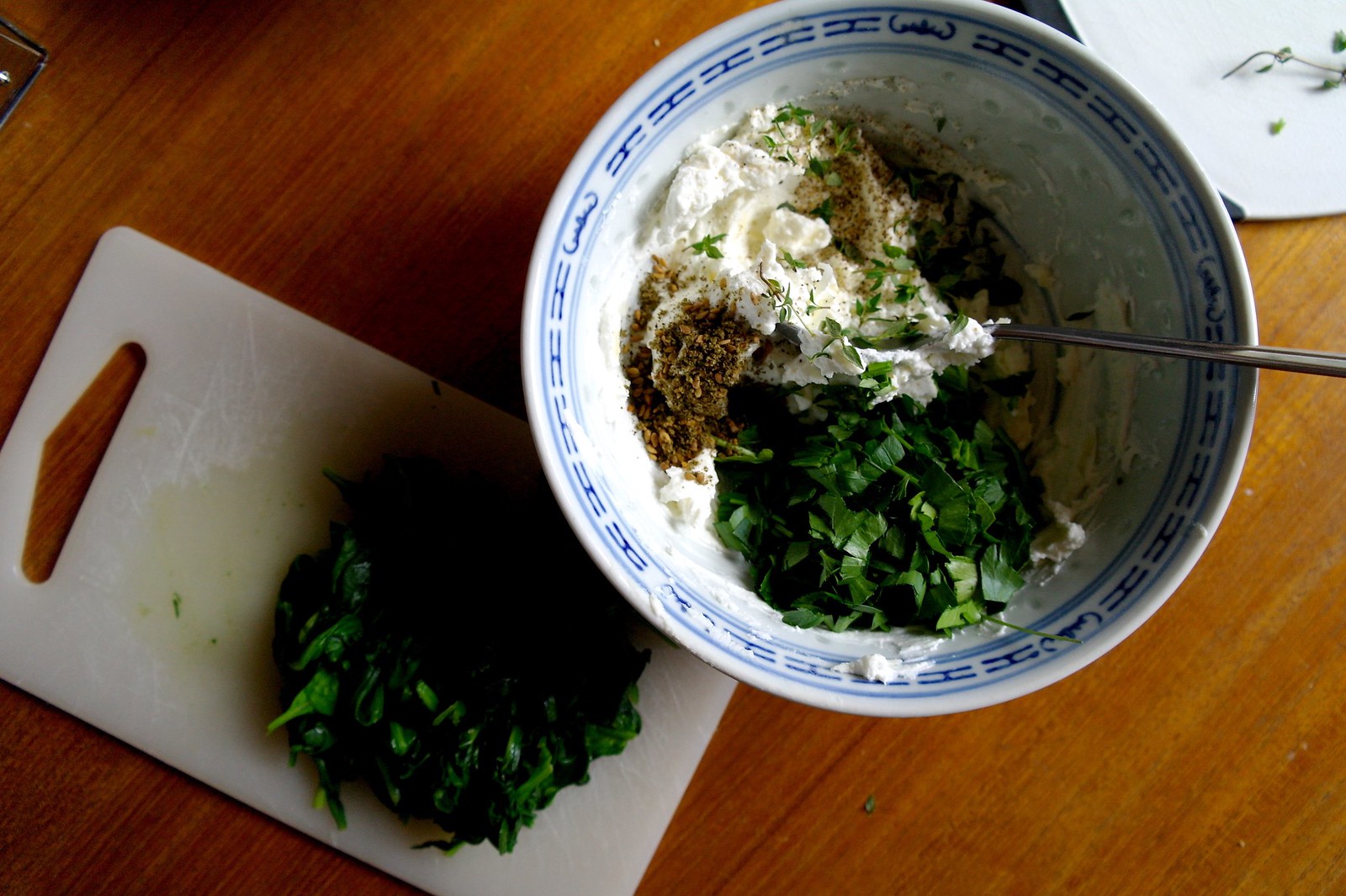 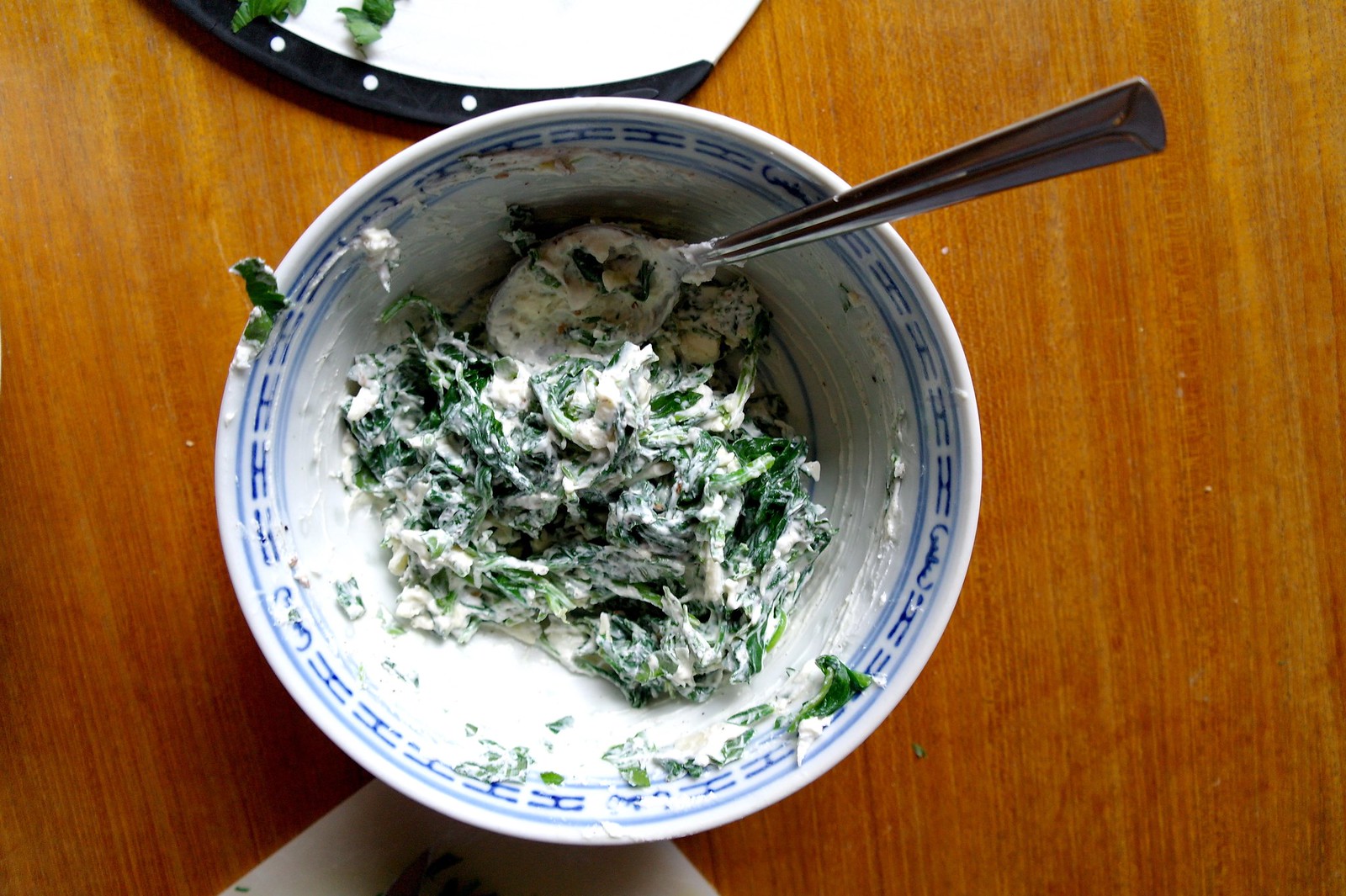 I also got Instagram! This is the first extension of the blog. I can already feel myself becoming super-social (though I don’t know if I’ll ever use it–okay, now that I’ve said this, I will absolutely post at least once).

(And if you have Instagram, let me know what your username is! I’ve been looking through the blogs I follow and I think I’ve found quite a few…though now I’m doubting myself and maybe I should have gotten Pinterest instead? It seems like more people have Pinterest…)

I’ve always been pretty bad (reluctant?) with social media. I eventually capitulated to Facebook in my last year of high school, which was a good choice as everyone uses it for group projects. Apart from group-project-days, I have a carefully cultivated reputation of Facebook absence (the importance of maintaining this reputation is a useful excuse for never using it…and it is a reputation quite easily maintained by never logging in). 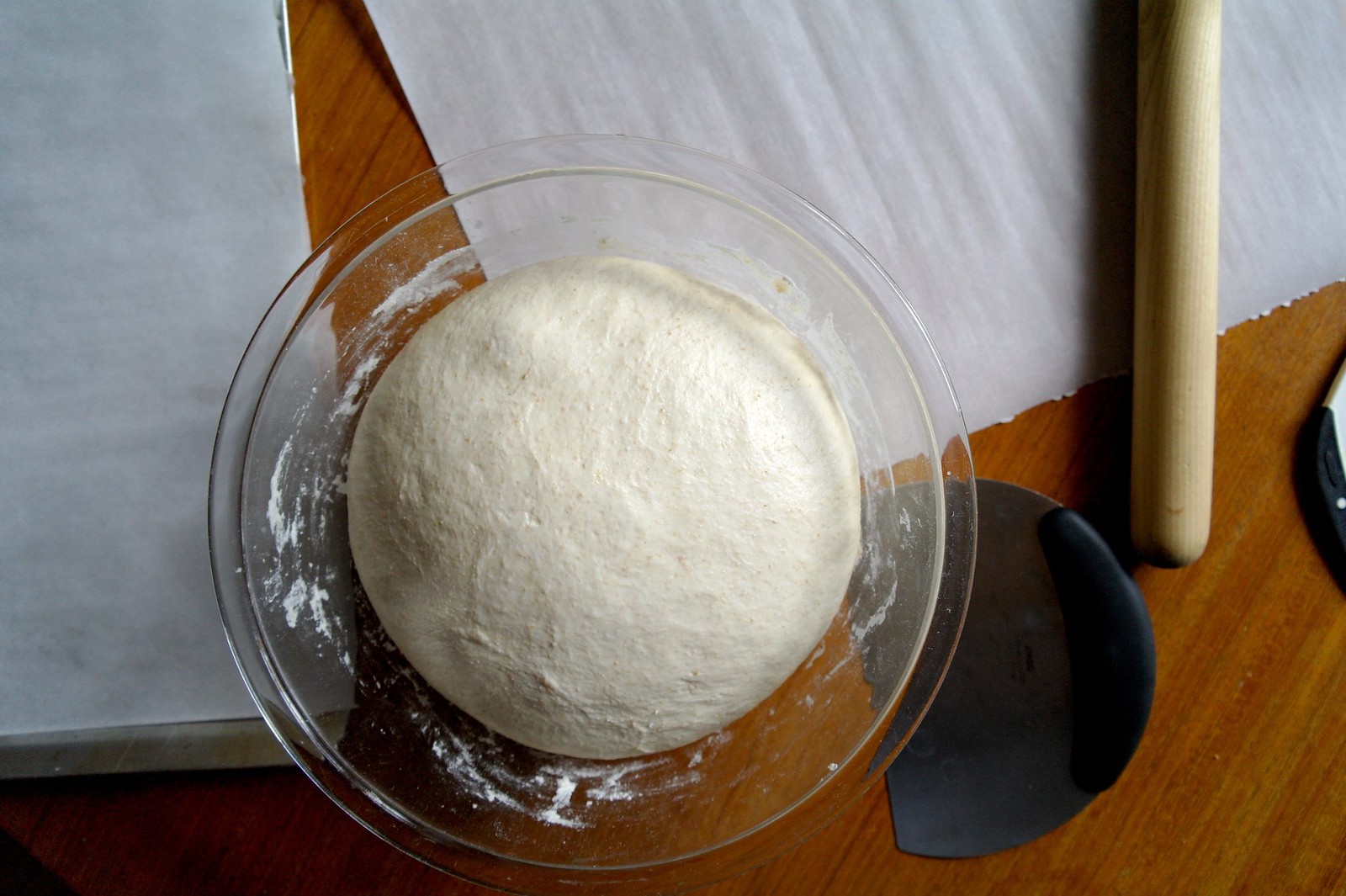 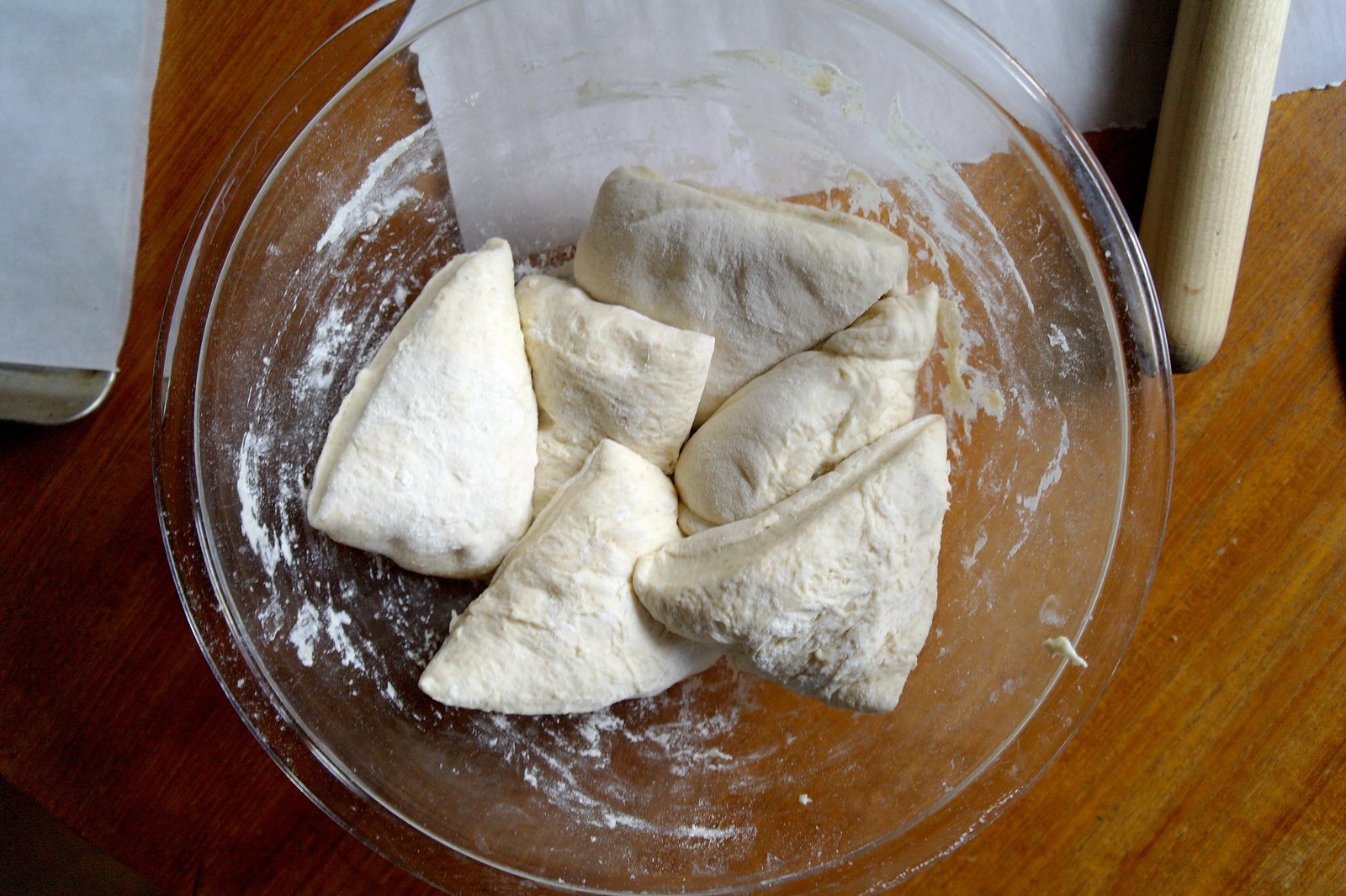 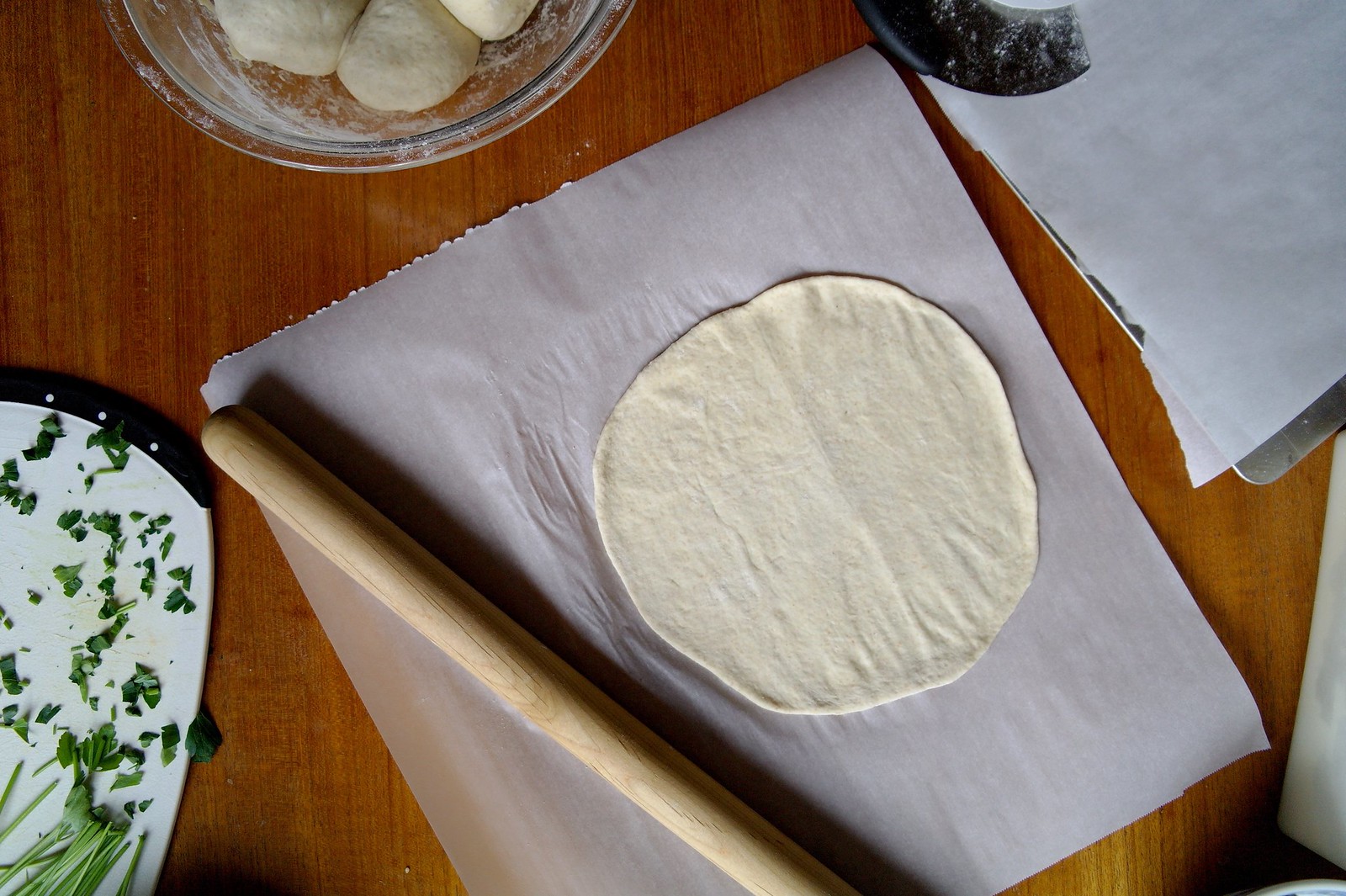 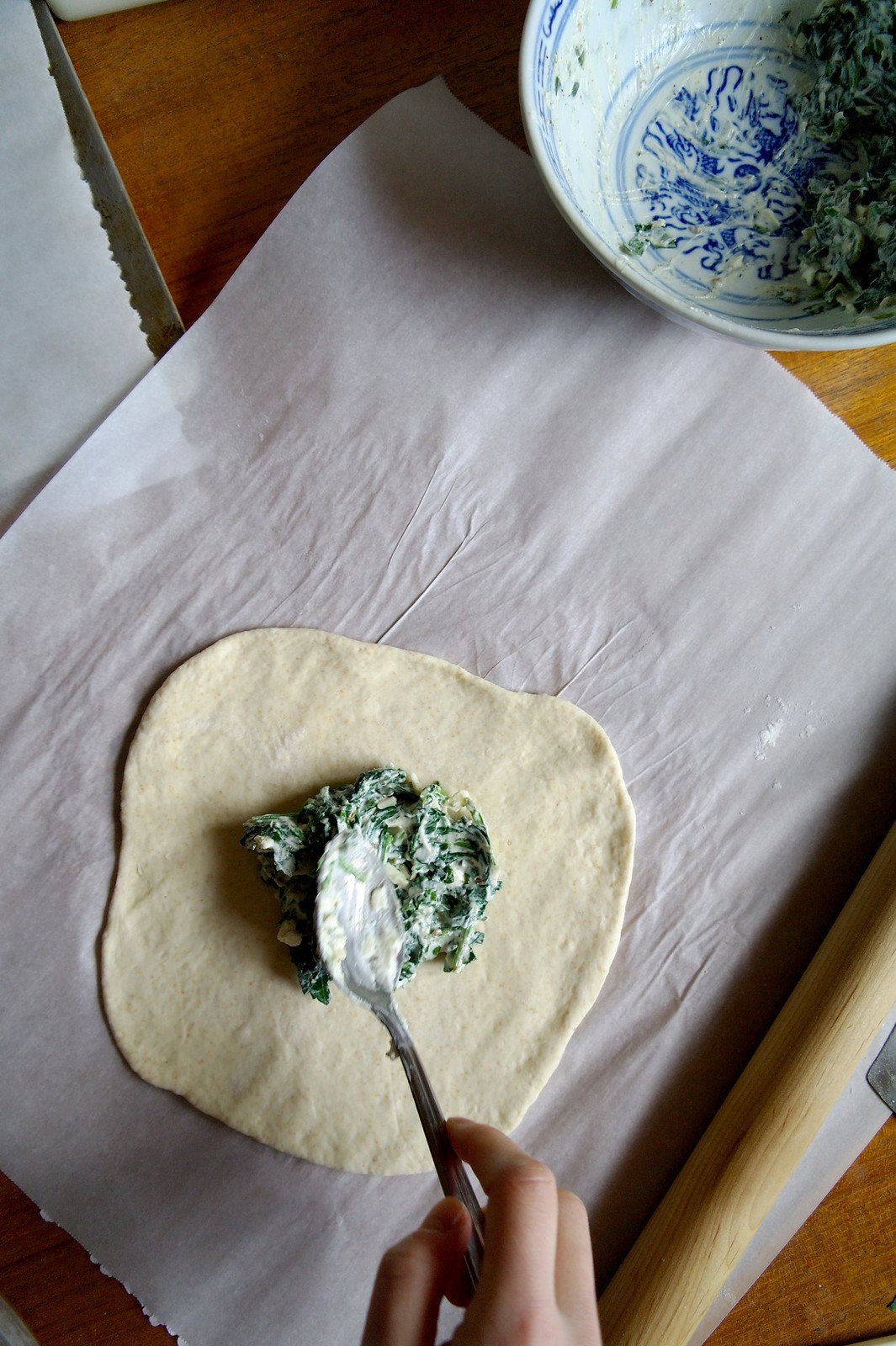 I also briefly used Twitter during my time blogging for a youth blogging site. I was not very good at using it–I only ever used one hashtag and tended to forget it existed (I was eventually called out on my poor twitterage and stepped up a bit). My few and strange tweets were followed by just a few and strange twitterers (an avocado import company and a gamer).

It was a short relationship. Once I graduated high school and was no longer youthful enough for the youth blogging site, I also completely stopped using Twitter. 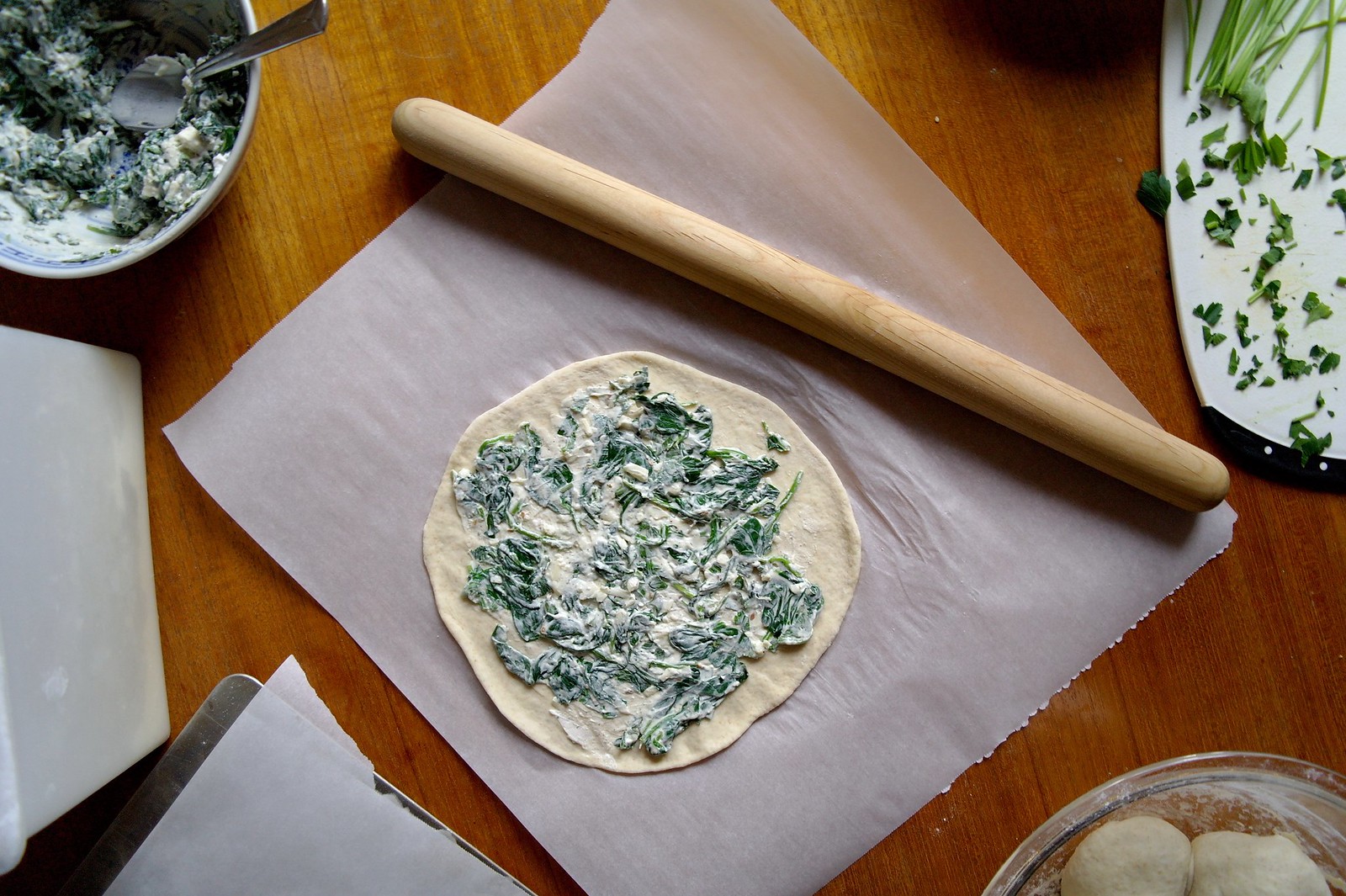 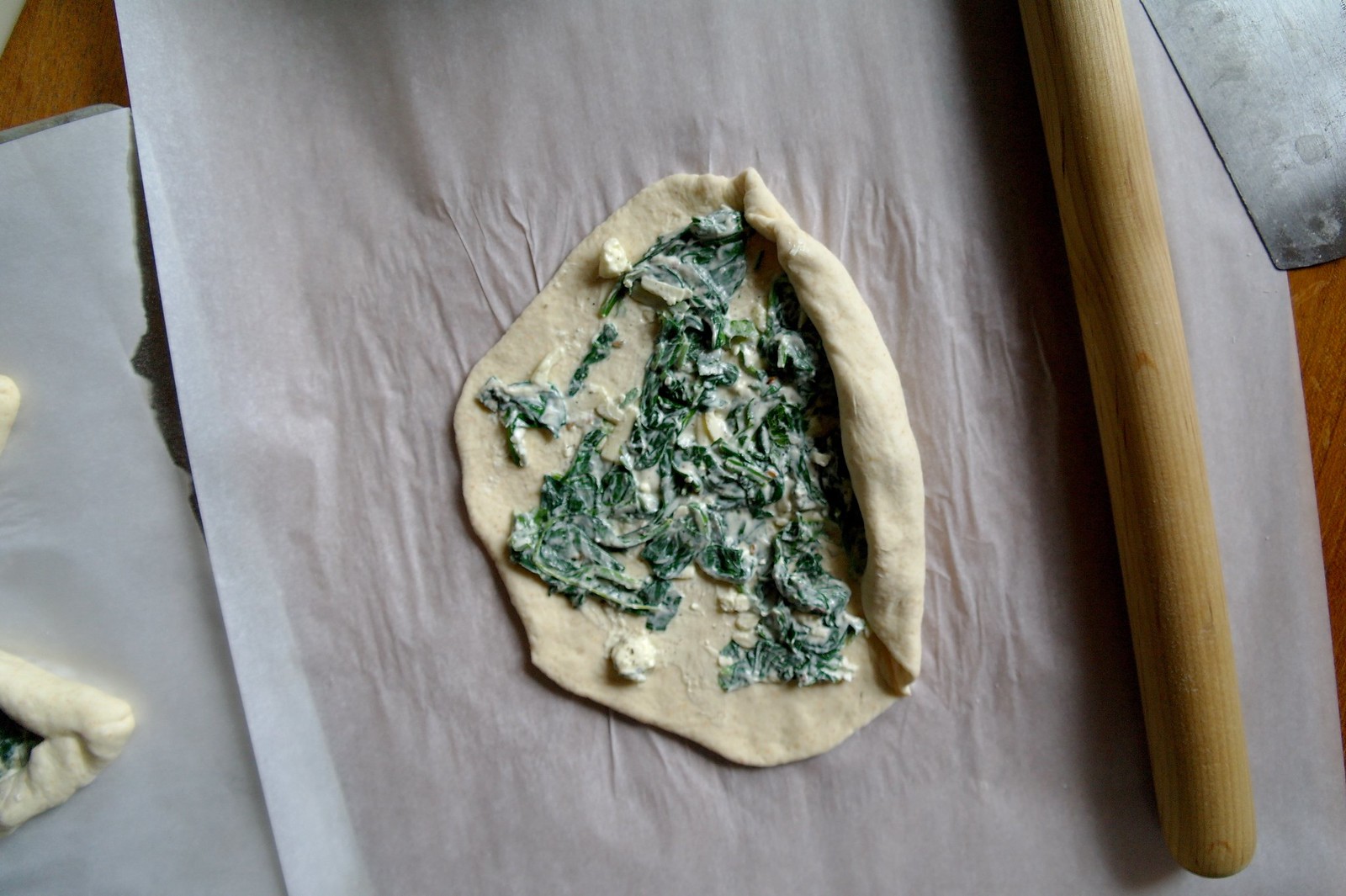 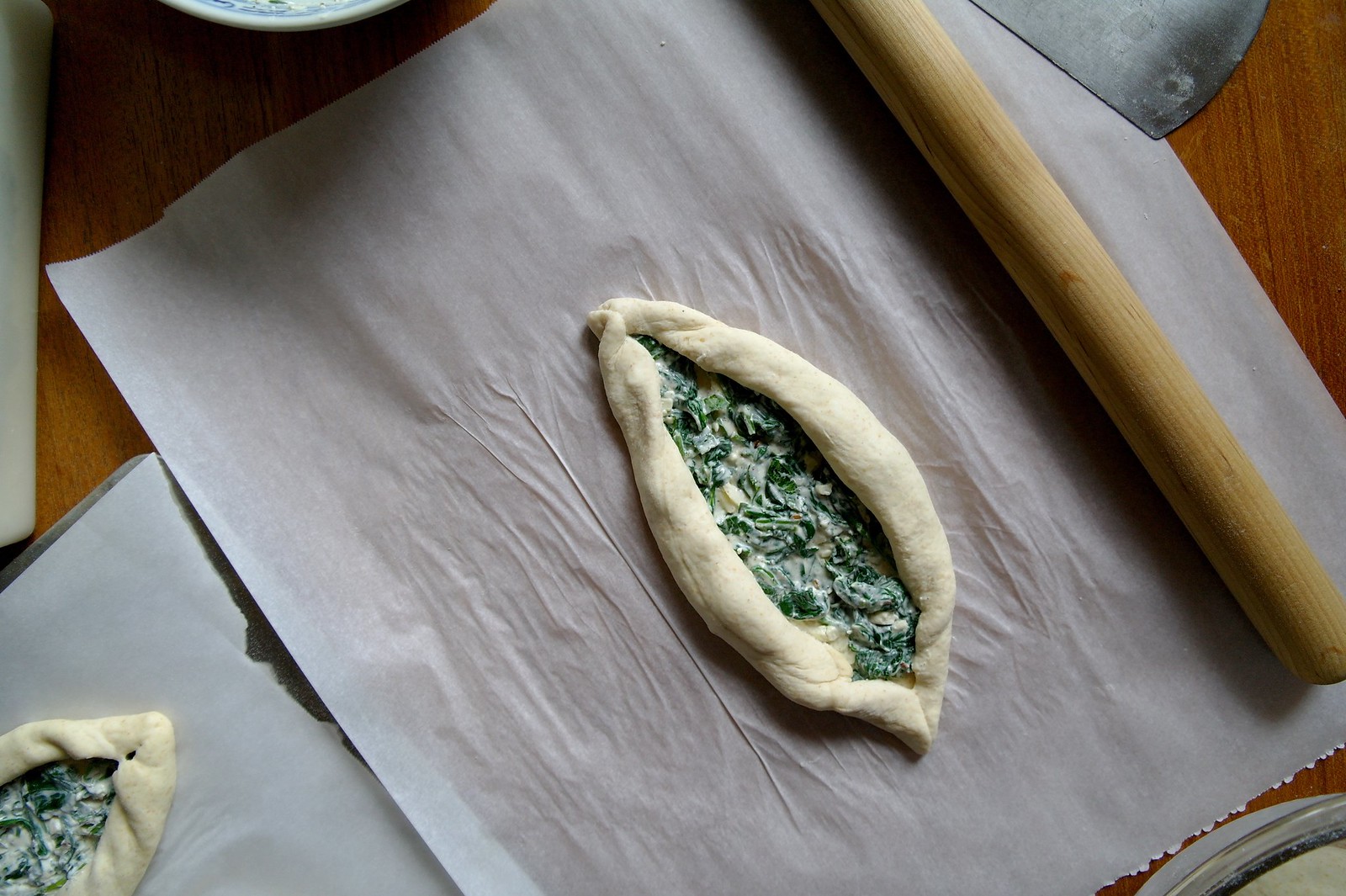 I suppose blogging counts as social media as well…yet it feels different because I look at my blog as a building towards something. Every post is supposed to fit together into a larger record of food-related activities. However, if I treat social media an extension of the blog, it’s also something cumulative.

At the same time, to prevent it from being redundant, I should also be seeing social media as something different, not just an abbreviated version of tentimestea. I do have nearly as many drafts as I currently have posts (44 to 56?and so likely, depending on how the queue sorts itself out, a number of the 2016 posts will actually be from 2015)…so at the moment I’m thinking Instagram could be the more current outlet whereas this blog will just trundle along months later.

Other thoughts on using social media? I’m sure this has already been a well-discussed topic, but until now I’ve mostly distanced myself from it, so I’d welcome any additional thoughts on what platforms you use and which ones you like. 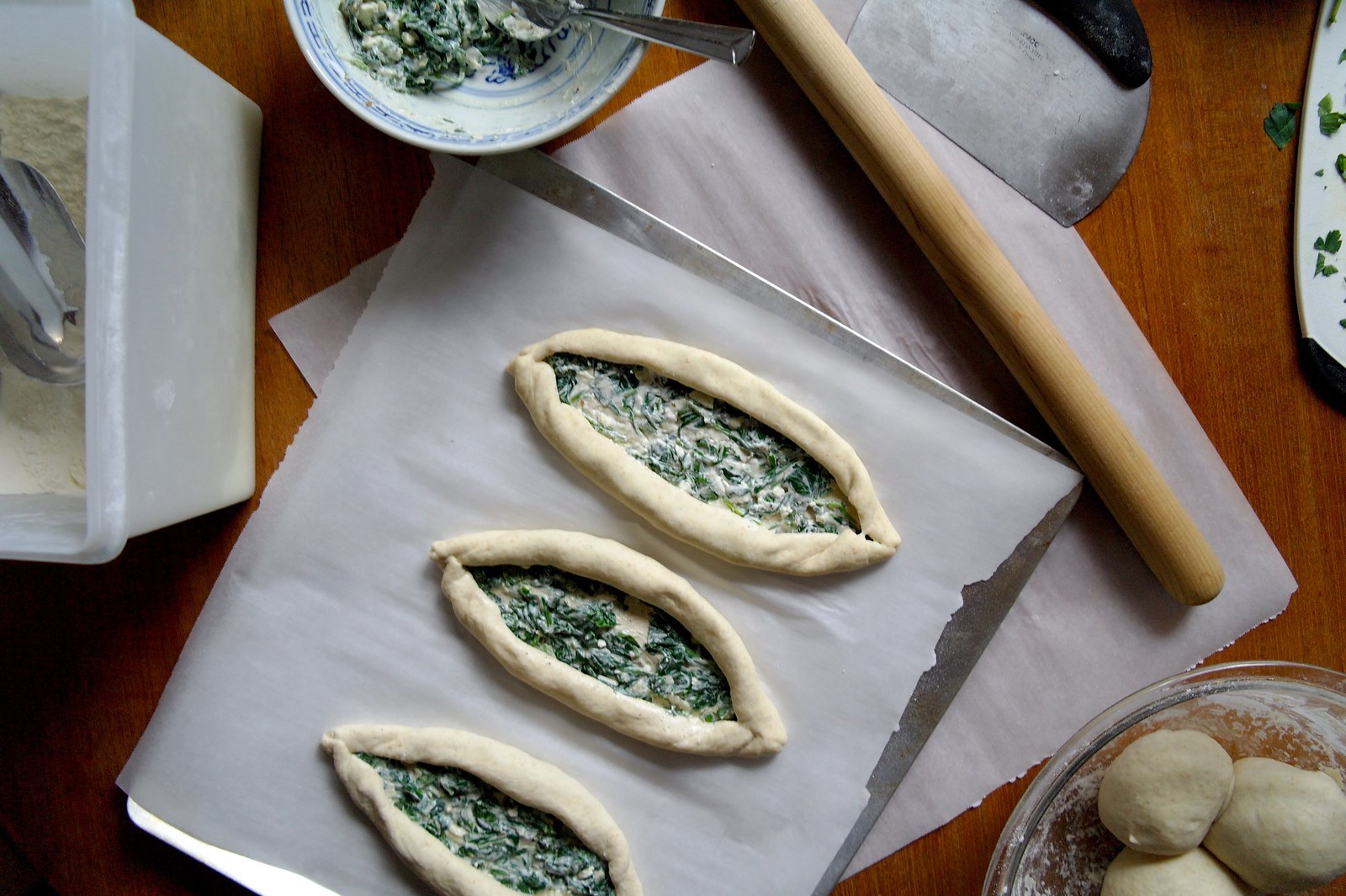 These egg breads are based off the cheese and egg breads (acharuli khachapuri) from Jerusalem by Sami Tamimi and Yotam Ottolenghi. The original used halloumi, feta and ricotta, but I’ve changed the filling around to include a generous amount of wilted spinach, some herbs, and a mixture of the cheeses we had in the fridge. 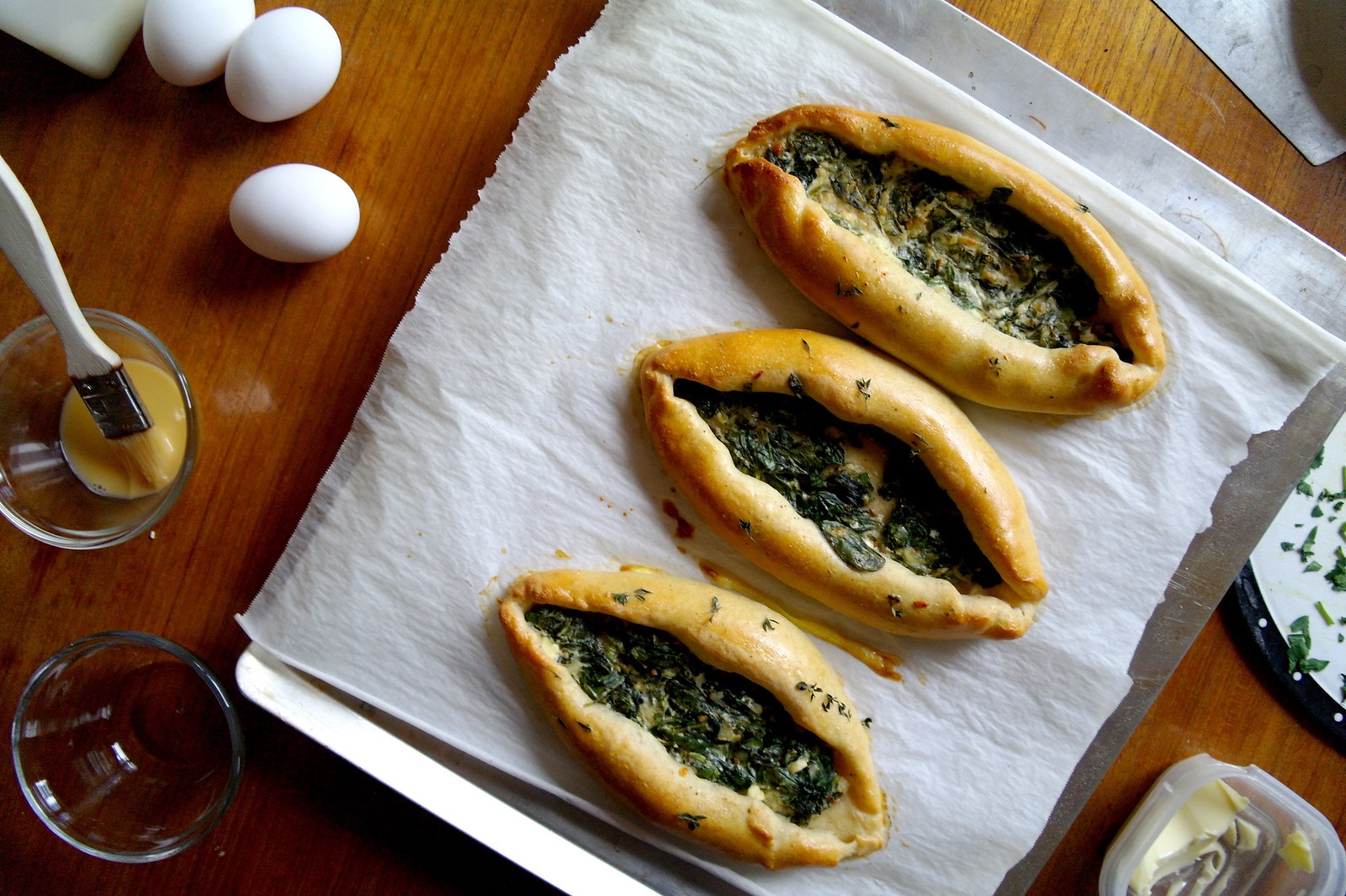 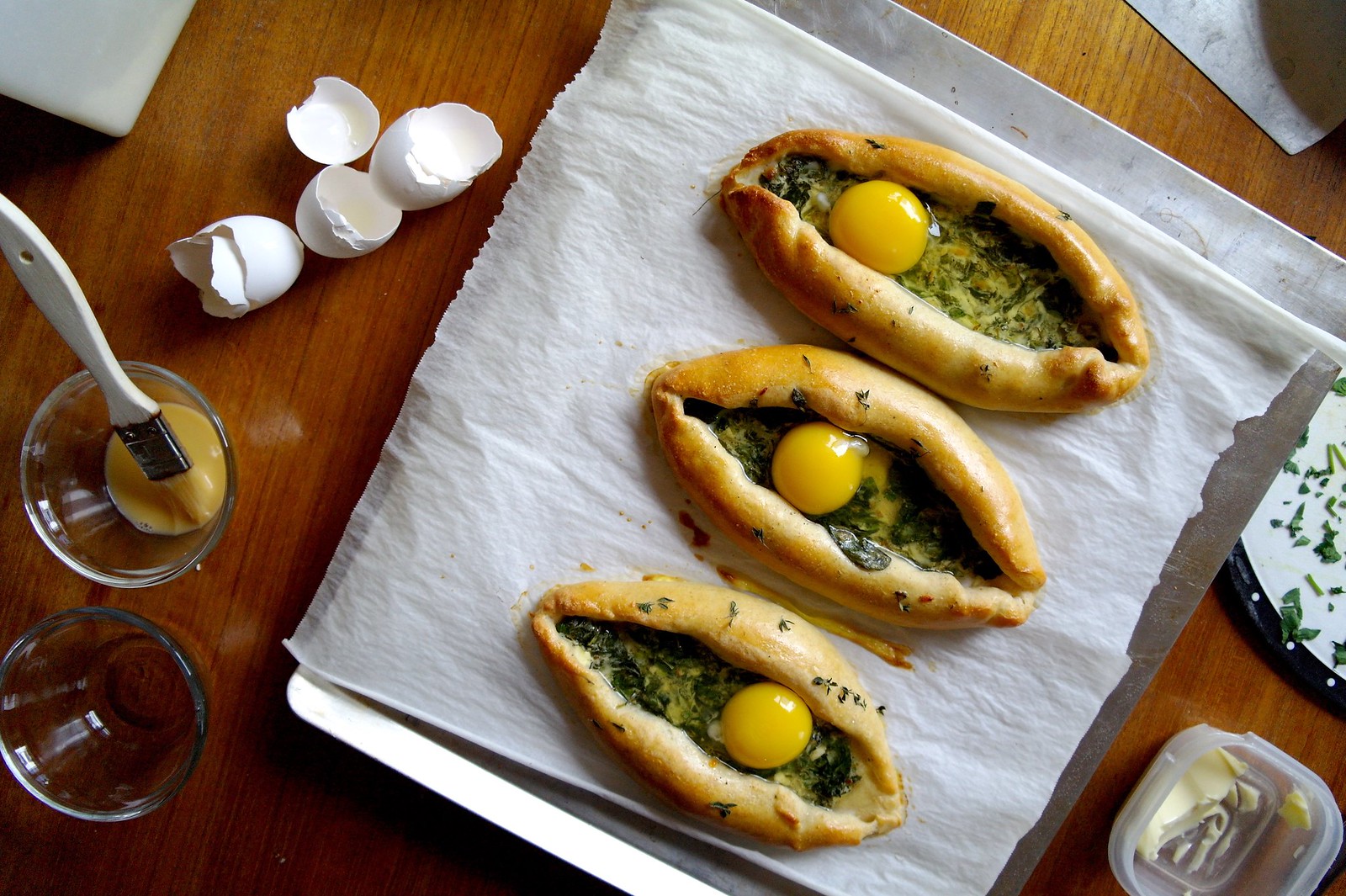 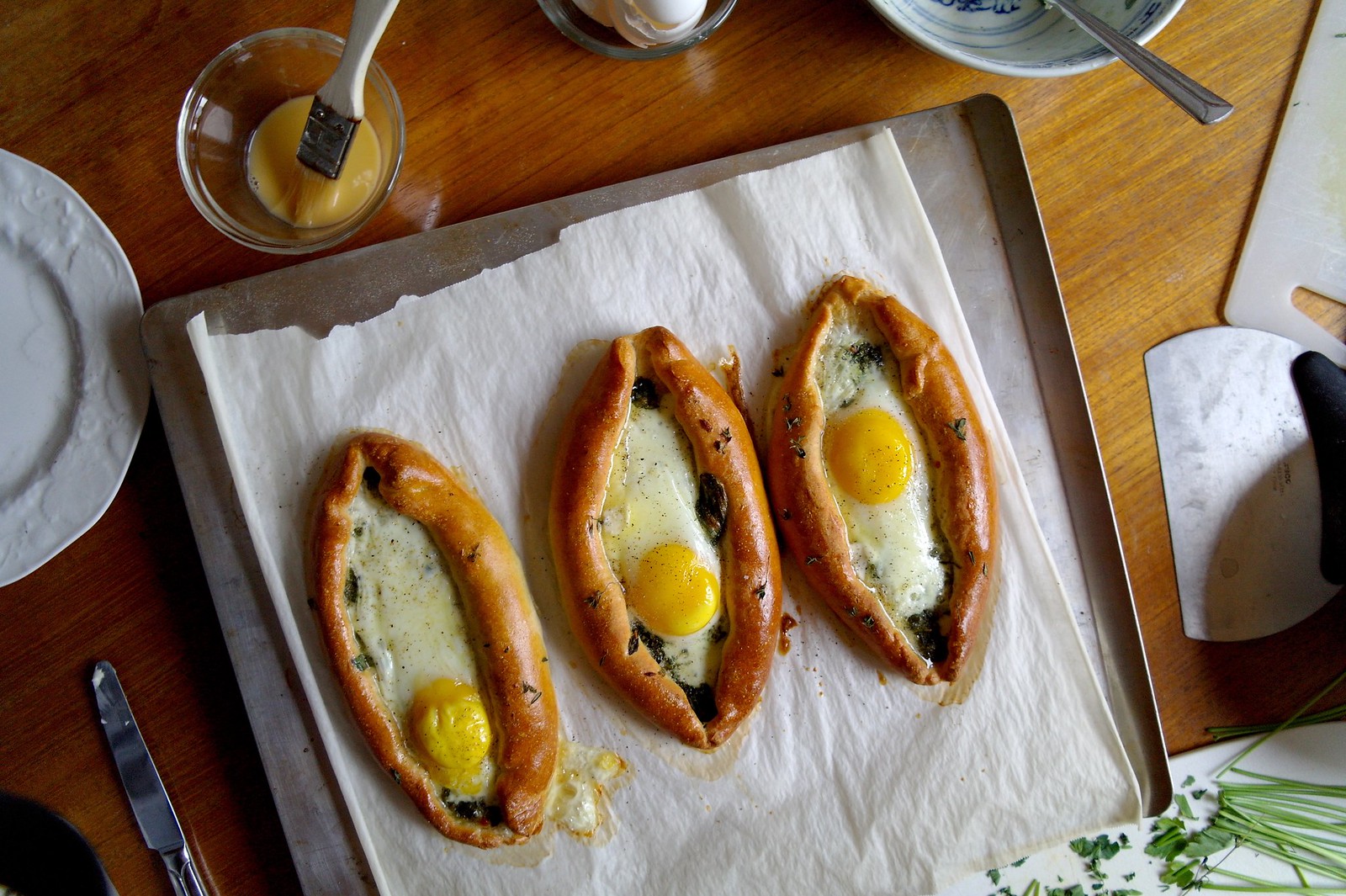 The breads are quite nice with eggs or without eggs, but with eggs, it makes for quite a satisfying and filling lunch or breakfast. I smeared the ones without eggs with labneh and some olive oil, which was just as good.

I always forget how much spinach wilts–quite frankly, I think I could have tripled the amount of spinach (which I already did partway through making the breads; at first I began with only a third of the amount I ended up using!) to fill the breads more generously. 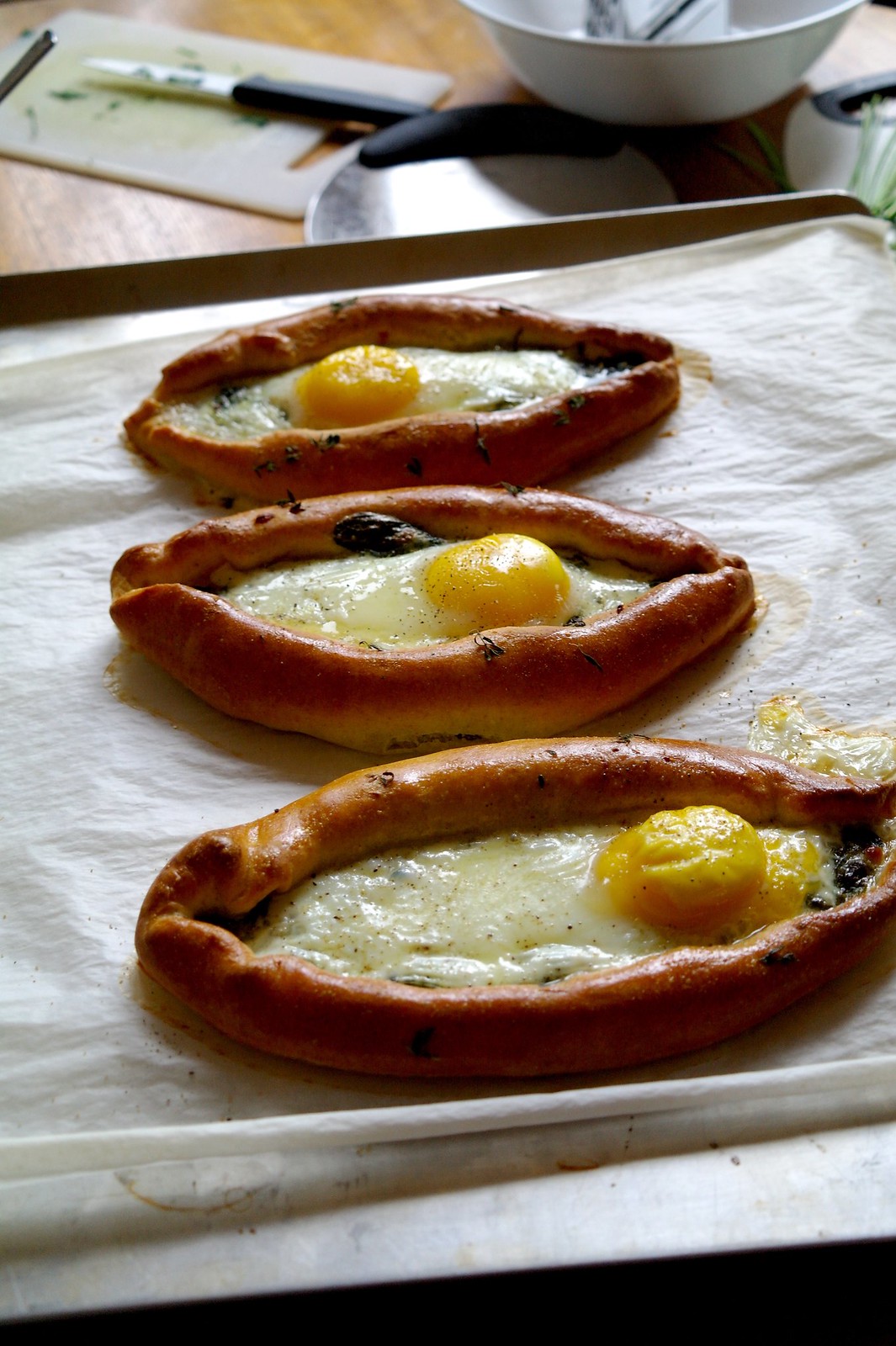 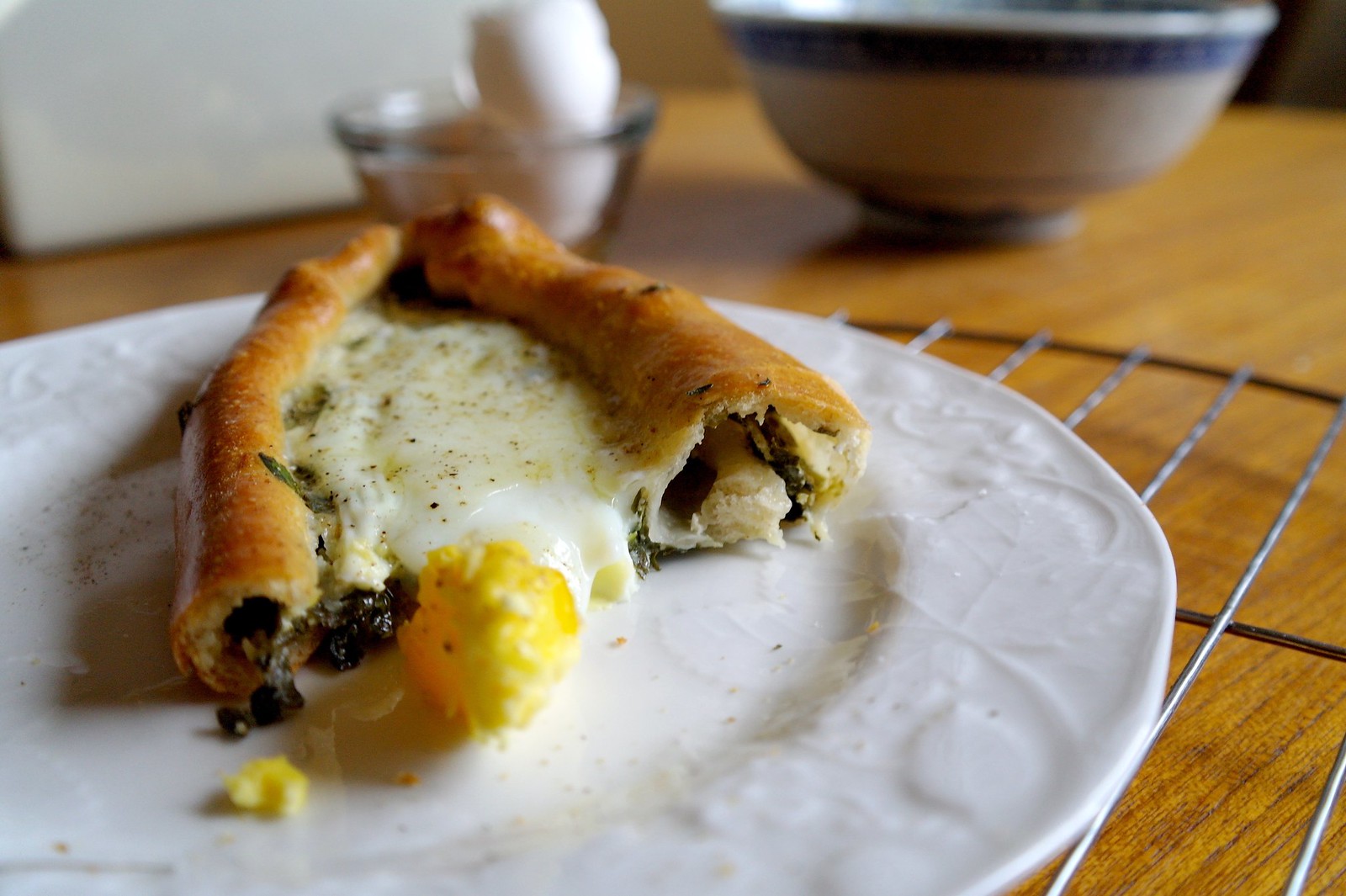 The rolled up edges of the bread was my favourite part–it formed thin layers of dough encasing the filling, a bit reminiscent of a very thick and doughy burek.

Adapted from the acharuli khachapuri from Sami Tamimi and Yotam Ottolenghi’s Jerusalem. The original is a cheese and egg bread. I’ve added spinach, played with the cheeses and flavours in the filling, and of course, converted the dough into a sourdough.

The night before, stir together the flour, water and starter to make the sponge. Let sit overnight.

The next day, whisk the flours, salt and gluten. Add all at once the yoghurt, water, egg and sponge. Knead until it forms a soft dough. Cover and let rise fully.

6 eggs or as desired

Heat some olive oil in a pan and wilt the spinach. Let cool slightly and then roughly chop.

Grate the gruyere and crumble the feta into small pieces. Chop the parsley and pick the leaves off the sprigs of thyme. Combine the cheeses, the spinach, the parsley, thyme and za’atar. Add some pepper and season with a bit of salt. Set the filling aside.

Divide the dough into six pieces, roll each into a ball, and allow to rest for 30 minutes. Then, roll each out into a thin circle.

Divide the filling into sixths. Spread one sixth of the filling over each circle of dough. Roll up the opposite sides of the circle two or three times over the filling, and pinch the ends together to make a boat-shaped bread.

Tent the breads loosely with oiled plastic wrap and place in a warm place to rise for around an hour or until puffed.

Preheat the oven to 425F, with a baking stone on the centre rack. Whisk the half egg with a splash of water and just before baking, brush each bread with egg wash and sprinkle with some additional thyme leaves. Bake the breads for 15-17 minutes or until lightly golden.

If you like, at this point crack an egg into the cavity of each bread and return to oven. Bake until the whites are set, but the yolk is (hopefully!) still a bit runny–this took around 10 minutes for me. Turn the breads around part way as when I didn’t, I ended up with some breads with hard yolks and some breads with soft yolks.

Remove, top each with a pat of butter or a drizzle of olive oil and a sprinkle of salt. Serve right away.

If you don’t use eggs, you may want to smear the inside cavity with an additional spoonful of labneh and a bit of olive oil.

52 thoughts on “spinach and egg breads”