tentimestea came about during that quintessential teenage experience: the summer job.

The whole day was centred around the lunch rush where the line would stretch back twenty people. It wasn’t a matter of moving fast enough to get rid of the line, it was a matter of simply pushing through it. As quickly as possible, of course.

Typically the ship was manned by only three of us. It was the same three of us every day, in a little stall, air infused with deep frier oil and sweat. It only takes one mistake from one person to make everything to fall off track.

Perhaps it was the intense atmosphere or my own uncertain movements, but I tended to make mistakes. Or be slow. Thus, I rightfully became the target of some antagonism.

Combining one of my coworker’s antagonistic attitude and little things which meant I would stay a little later after closing, I began to feel a bit antagonistic right back. It was hardly Scapegoat Coworker’s fault that I struggle with my job and of course never got paid overtime past closing (and it was only after closing that I had a chance to get all the cleaning and packing up done for the day). It’s hard to be enthused for this sort of job, particularly when you discover that the fast pace of fast food and the responsibility of the cash thrust solely upon yourself, a bit sooner than you are comfortable with, is not your thing. Unhappy coworkers don’t help.

Scapegoat Coworker, contrary to this unweildly epithet, had a short name, perfect for using as a reference spoken with some amusement and exasperation. Let’s call him Bill. Every subsequent coworker of mine is given that nickname.

“How’s Bill?” my parents will teasingly ask whenever work of any sort comes up. Until I figure out that, just as first impressions predicted, they are indeed an absolutely a great person and we switch to using their actual name.

Gosh, sorry Scapegoat Coworker. Your probably undeserved reputation continues, but as with everything, it’ll fade. There will always be a Bill around, but I’d expect perhaps we just got off on the wrong foot and need to both sit down and talk again. 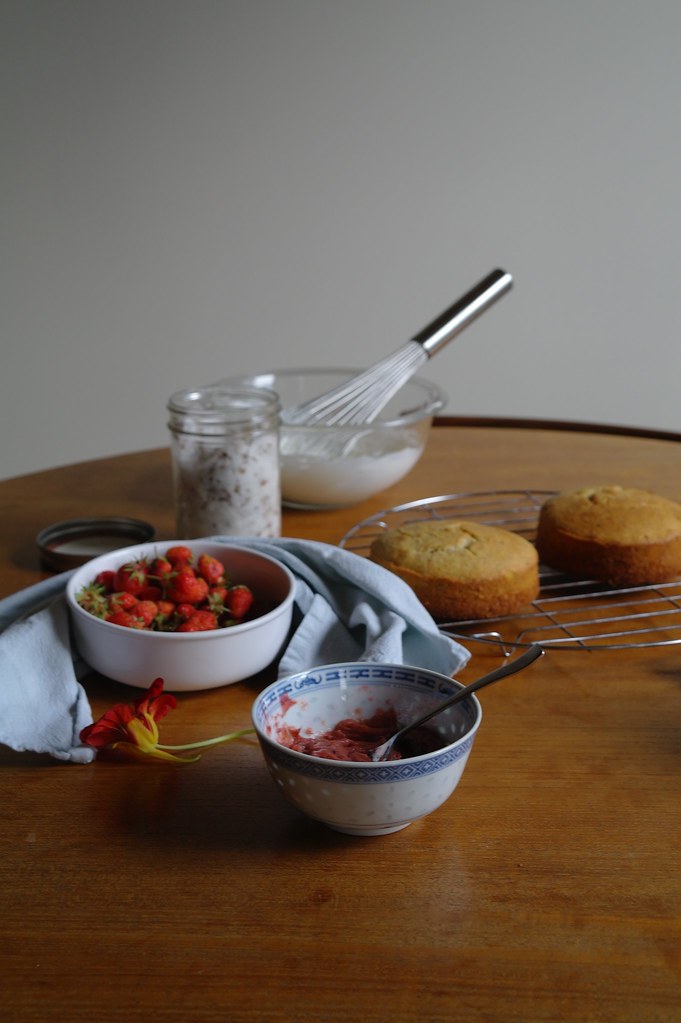 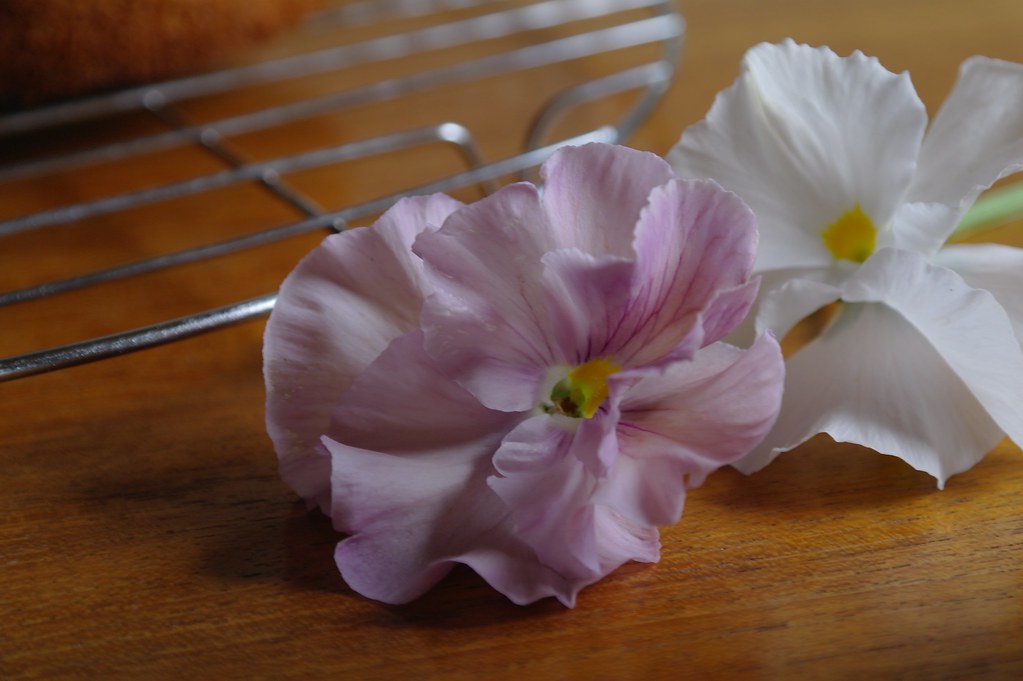 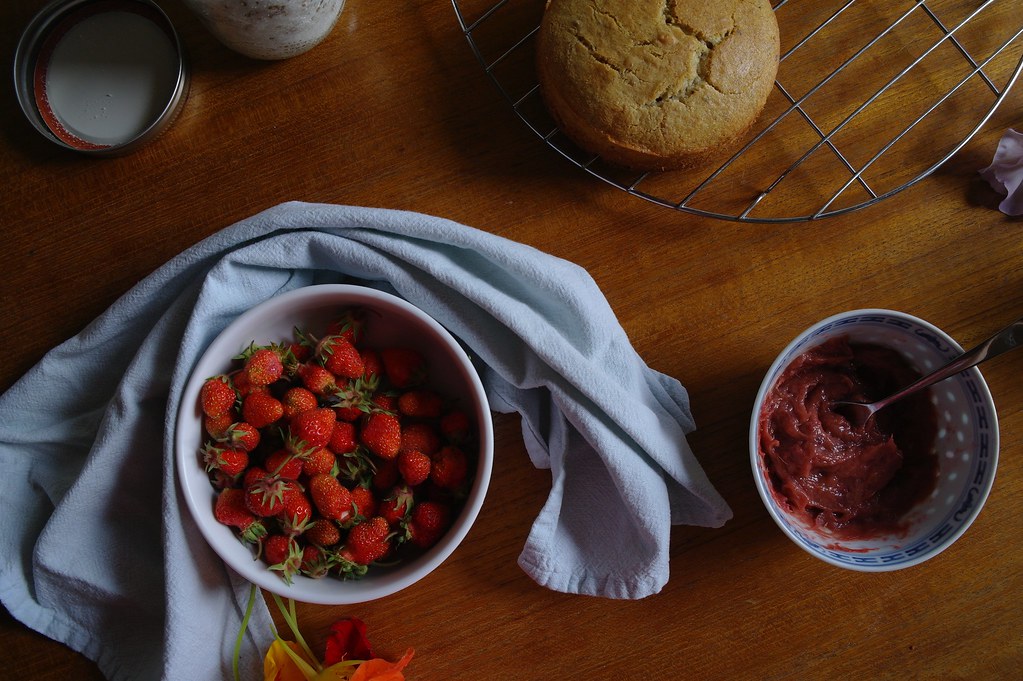 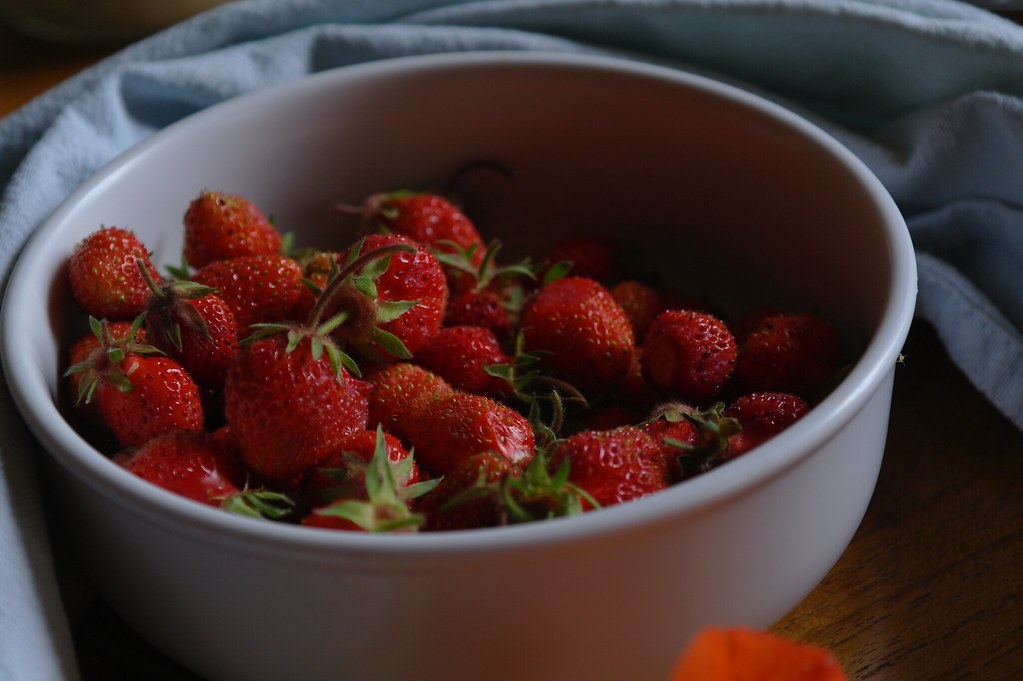 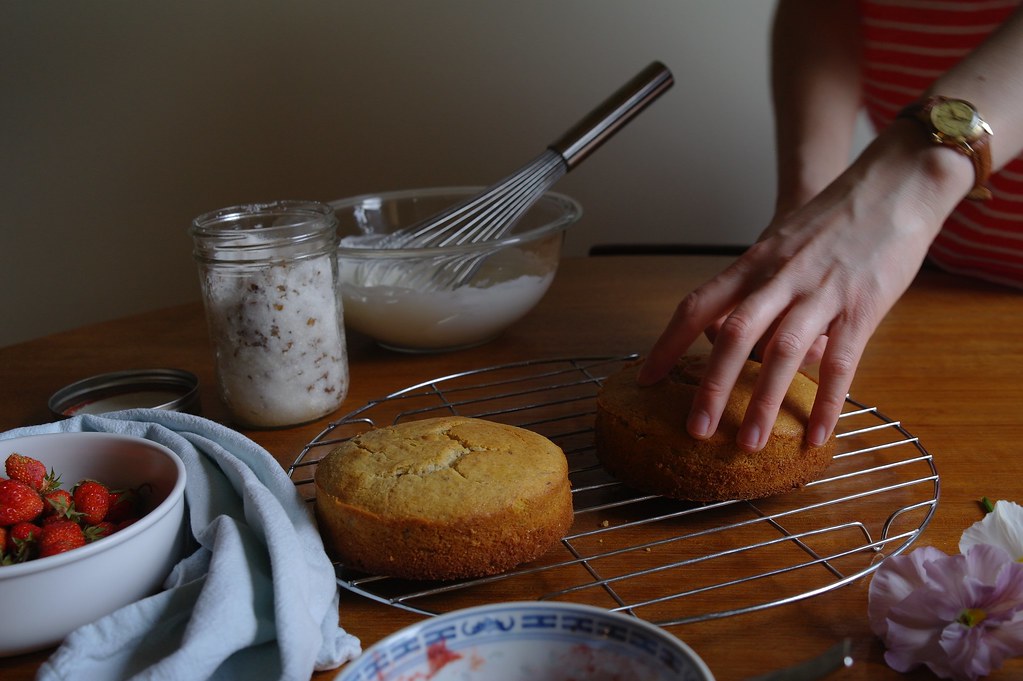 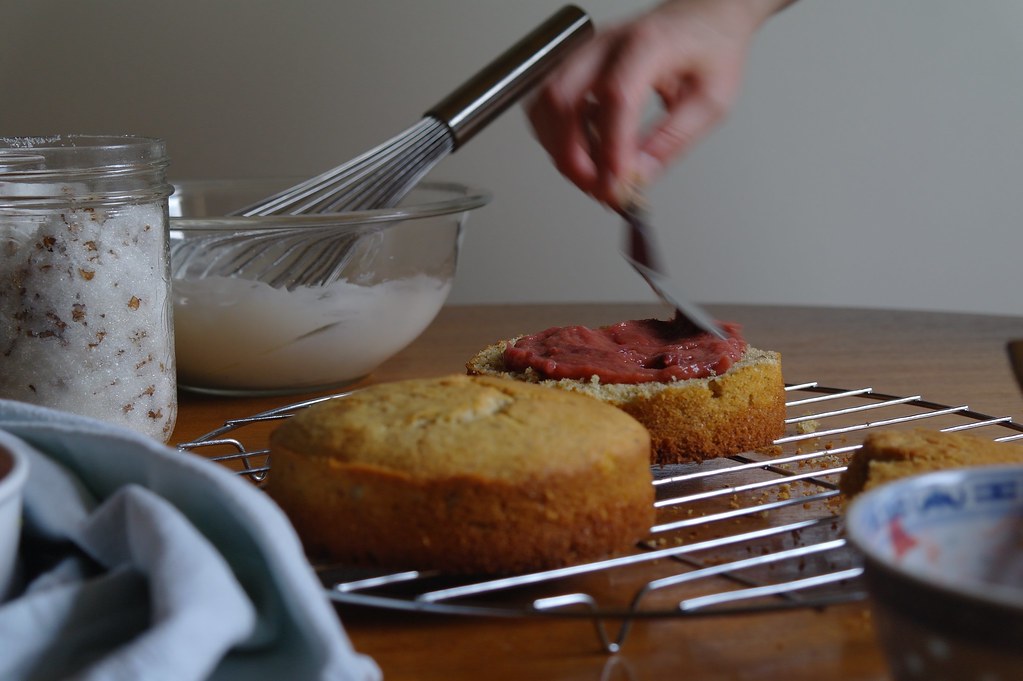 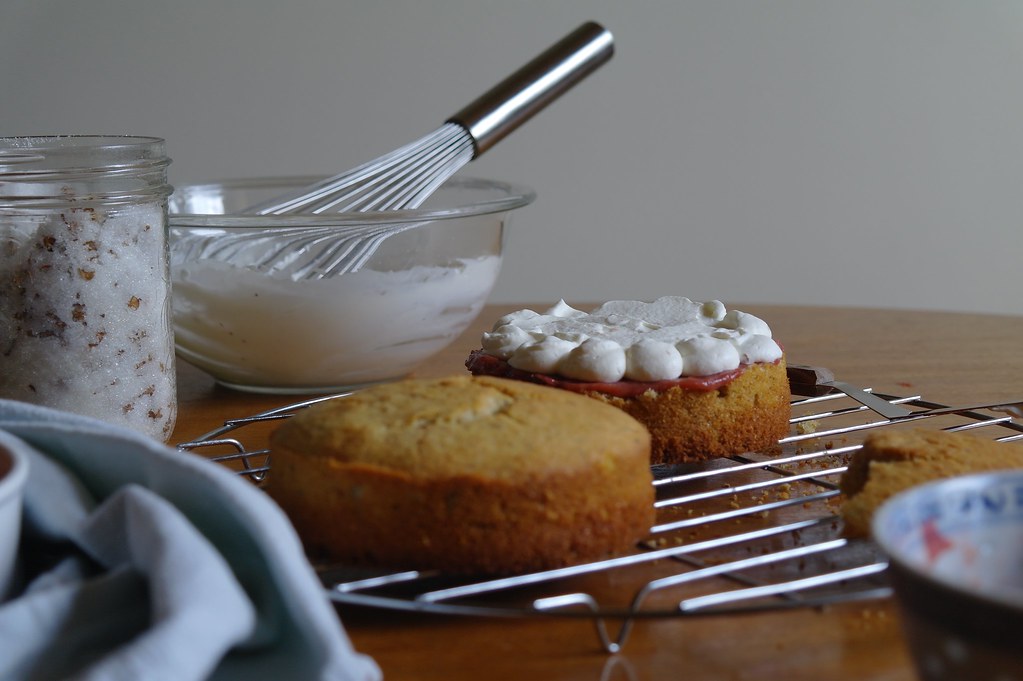 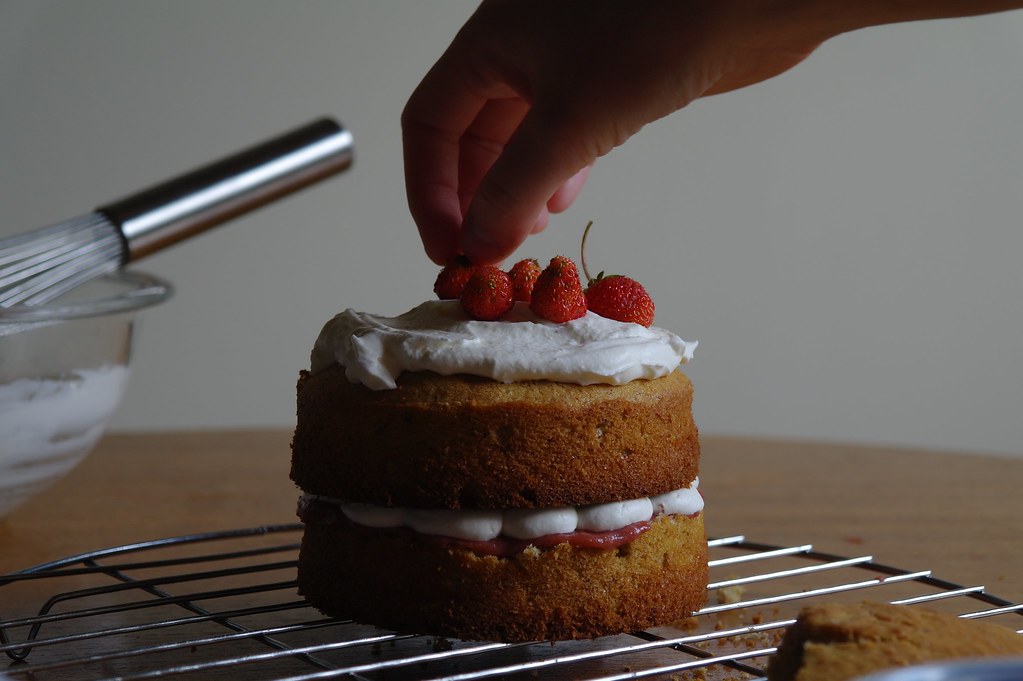 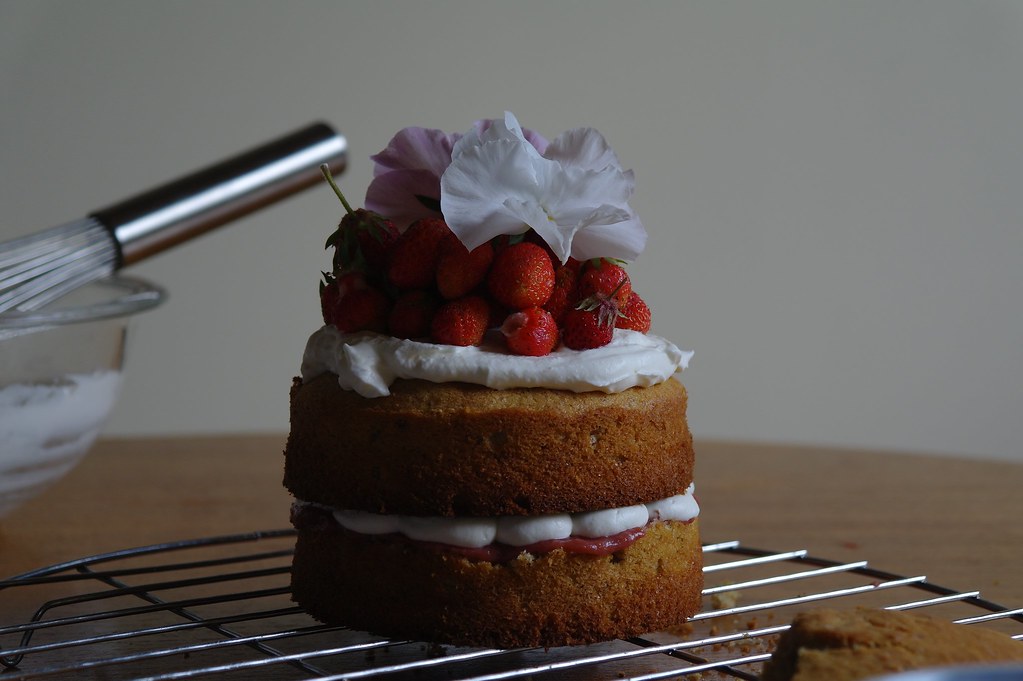 But that was a (longwinded) aside. I decided I needed something else to occupy myself and make the summer feel like it was contributing to more than just my meager savings. That is where tentimestea came in.

While it took a while for me to settle in, and even now posts don’t come as regularly as they could, the blog has contentedly sat itself right into my life for the past two years. 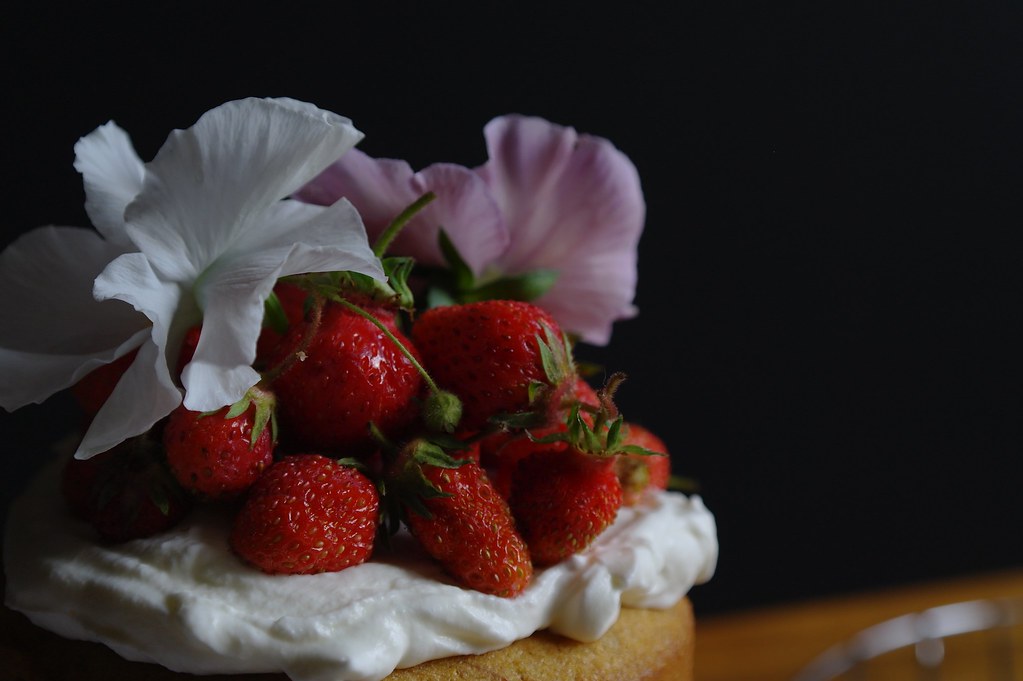 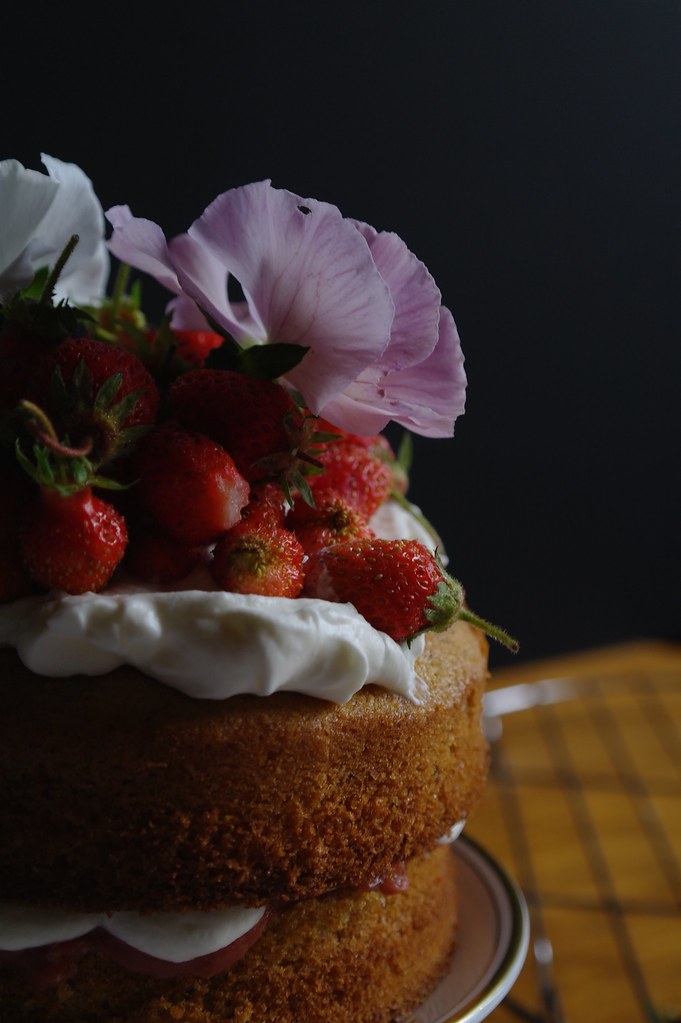 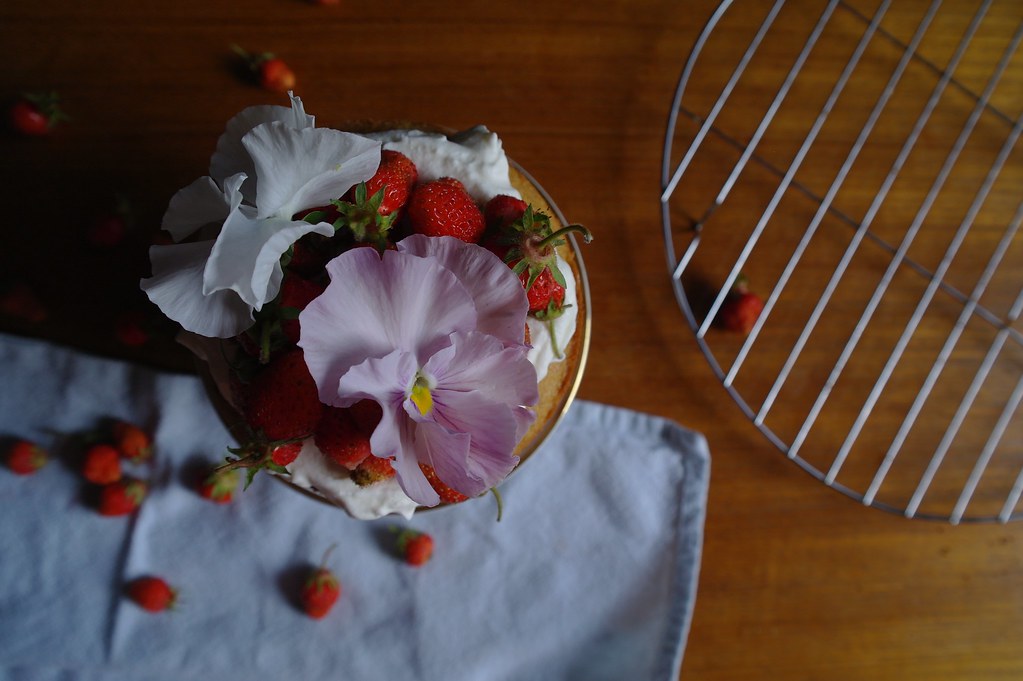 Things have changed from even just one year ago. (In fact, I can hardly believe that I’m still here.) Some things have gone from slight dread in anticipation to quite simple routine… what I want to talk about is the pastry cream.

Milk and cream, eggs and cornstarch. A bit of sugar. Some flavours, at the very least a bit of vanilla. I don’t have it down to perfection, but I can usually churn out something acceptable.

In fact I’ve changed my attitude towards pastry cream. Before I thought of it as a useful medium for all sorts of things, but not something that I really enjoyed. That started to change as I made more pastry creams and some were occasionally quite nice.

Then I tried a very, very simple cake, the frasier from Aoki Sadaharu (here’s a picture of it). It was so simple, but the cream in it was not only buttery and rich, but so light, it seemed to melt. Was it a lightened pastry cream? Crème mousseline? Something else?

The categorization maybe doesn’t matter too much. You can use butter and sugar and milk and cream and eggs in all sorts of combination, and the slight differences and techniques produce endless renditions. It’s something to love about baking. There is so much to find even with the simplest and basest ingredients. 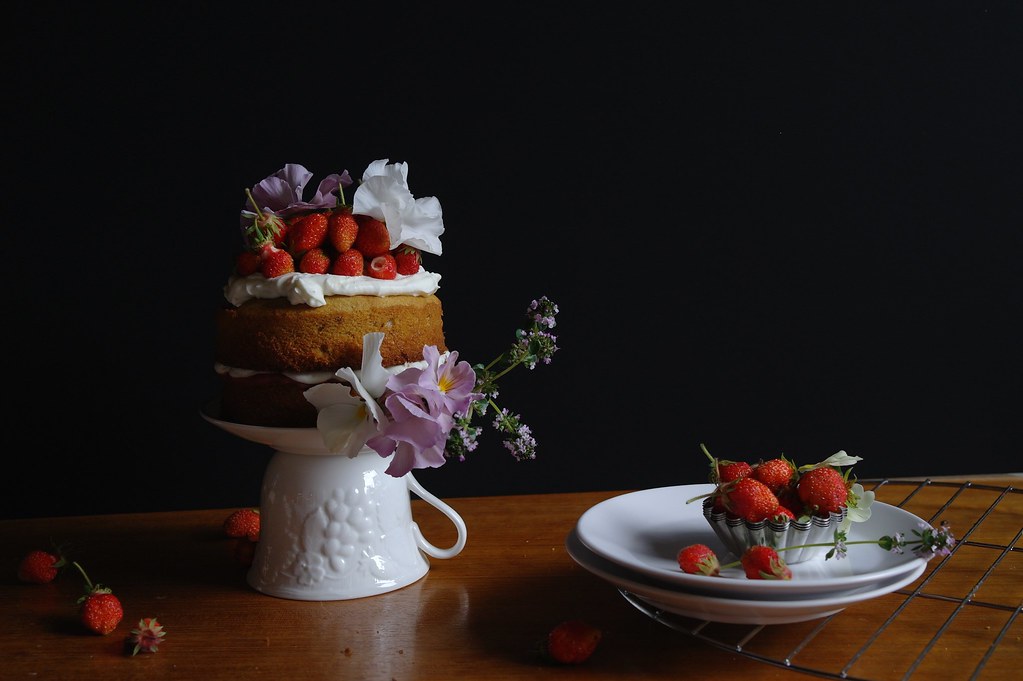 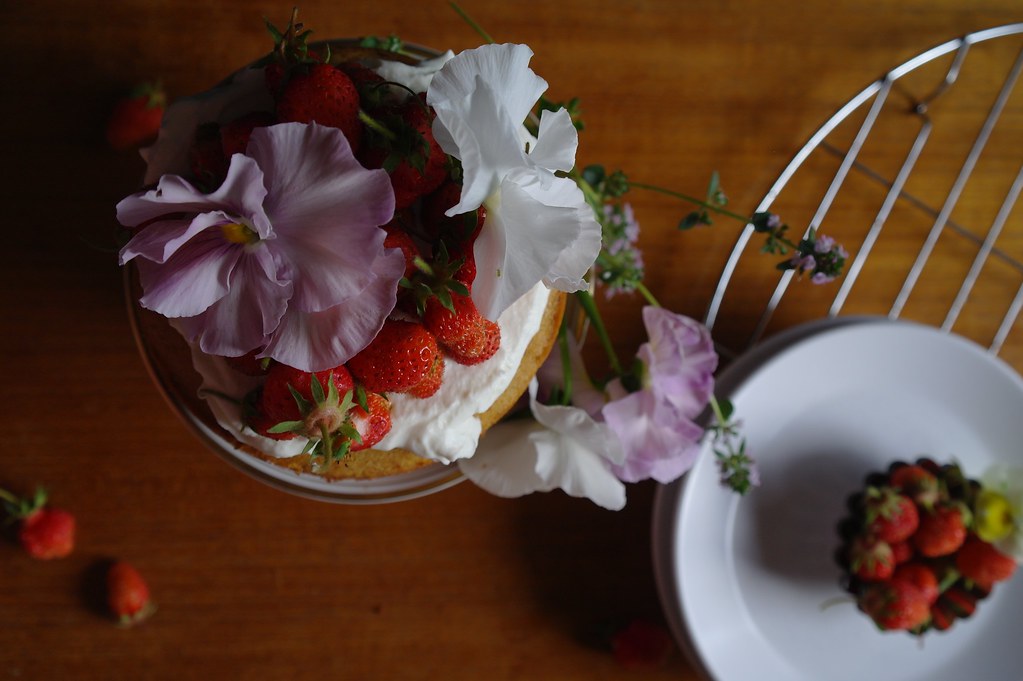 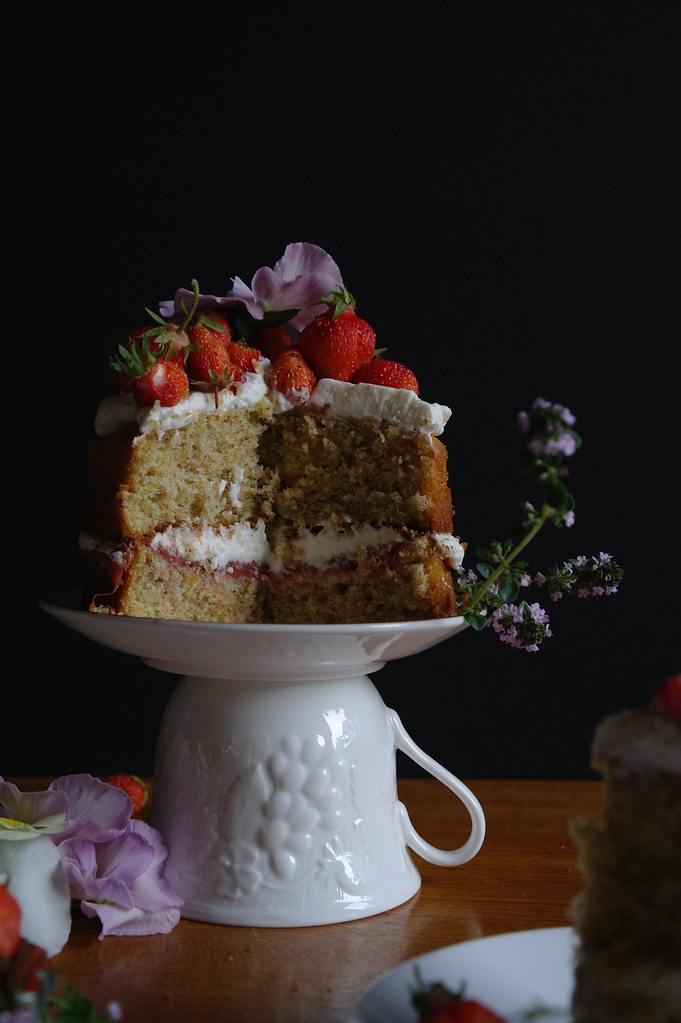 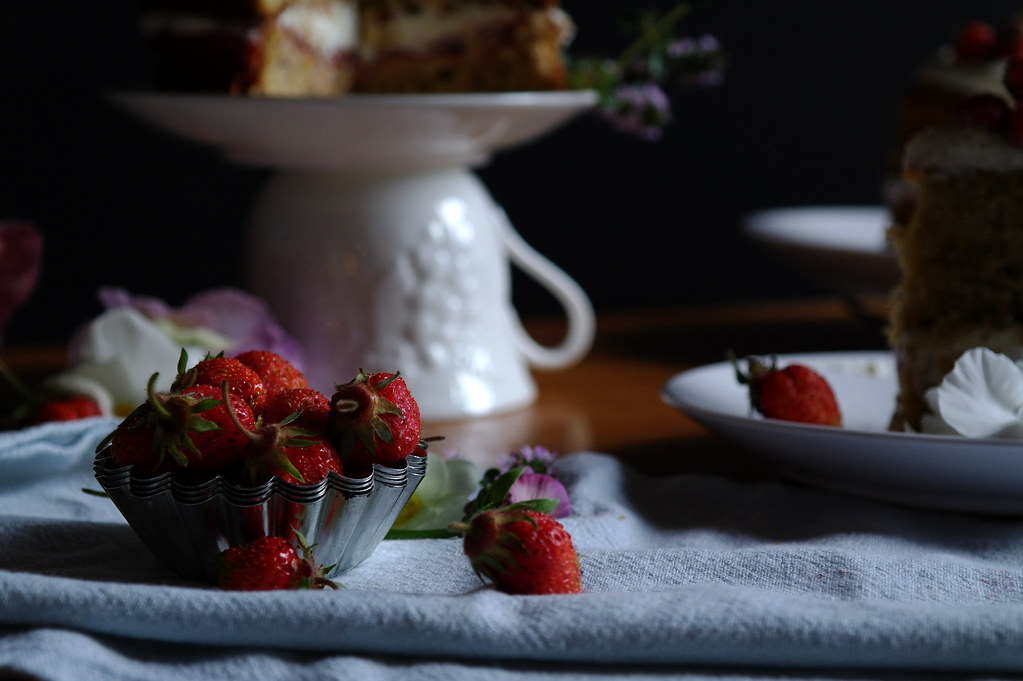 Now, onto a bit of a review of the last year: While I’ve improved, it hasn’t been as much as I hoped.

Disasters still happen with equal frequency. What has changed is that sometimes I’ll give things a second try…and make them slightly less disastrous.

I tend to obsess…a bit…on the visuals. Chronic underexposure (dark photos can be done beautifully, but mine come across as rather dull instead of atmospheric) and distorted perspectives constantly plague my photos. Sometimes my photos are boring and sometimes I throw in too many needless bits until it’s messy. But I’ve also been much happier with the photos I take.

One of my future goals is to develop my voice as a blogger. I don’t have much of one. (The blandness of this declaration has just confirmed that.) But this requires answering a couple questions each time I write a post. What should I write about? How?

Though I do think my voice comes across quite clearly on this point: I love the combination of cake, fruit and cream. This whole blog could become nothing more than simple butter cakes and ripe fruit and piles of softly whipped cream and I would still be very satisfied…though at some point I might wonder why I keep blogging the same thing.

The problem is that this the simplest and most assuredly wonderful combination. If you are ever time- (or idea-) pressed for a dessert, the Victoria sponge cake is the way to go.

So: to endless cakes and the assurance that sometime in the next year I’ll be putting up more cake/fruit/cream combos: voilà! Here is a(nother) cake! 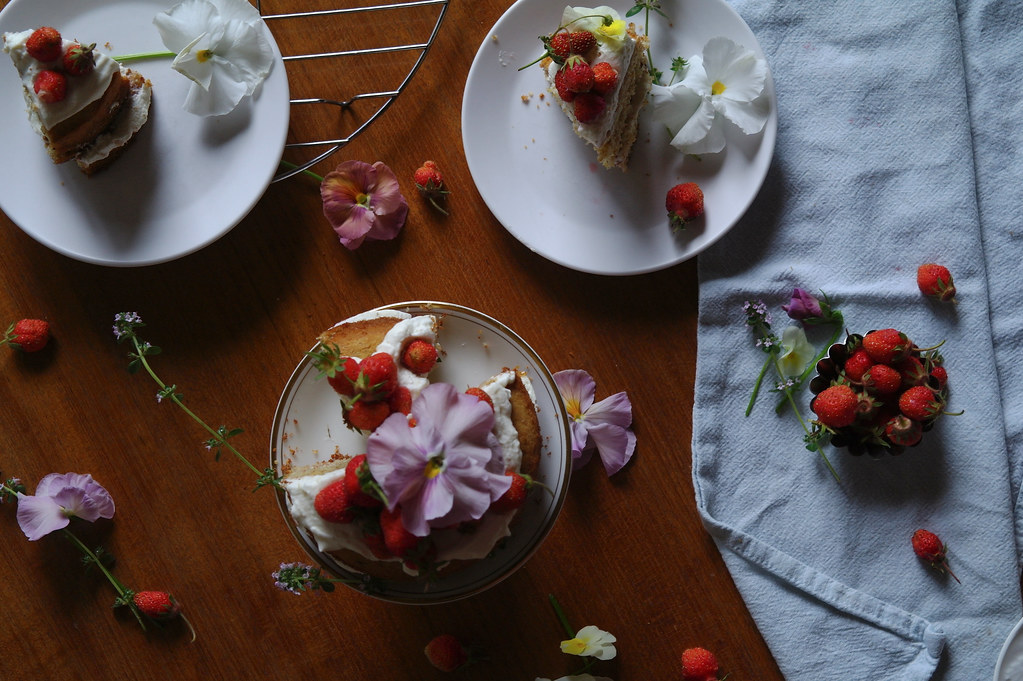 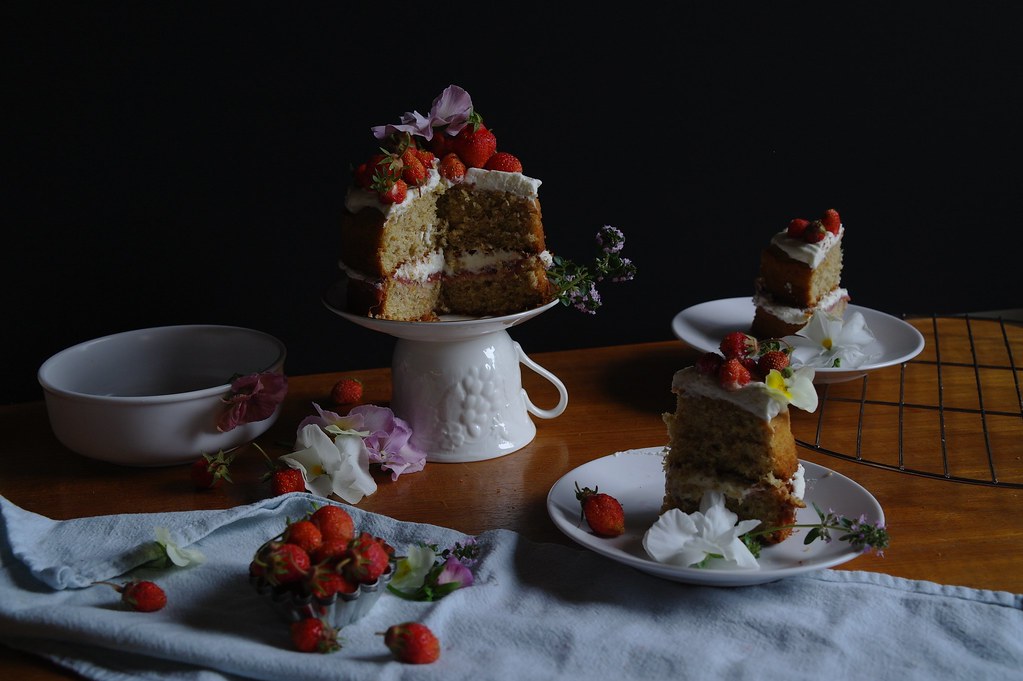