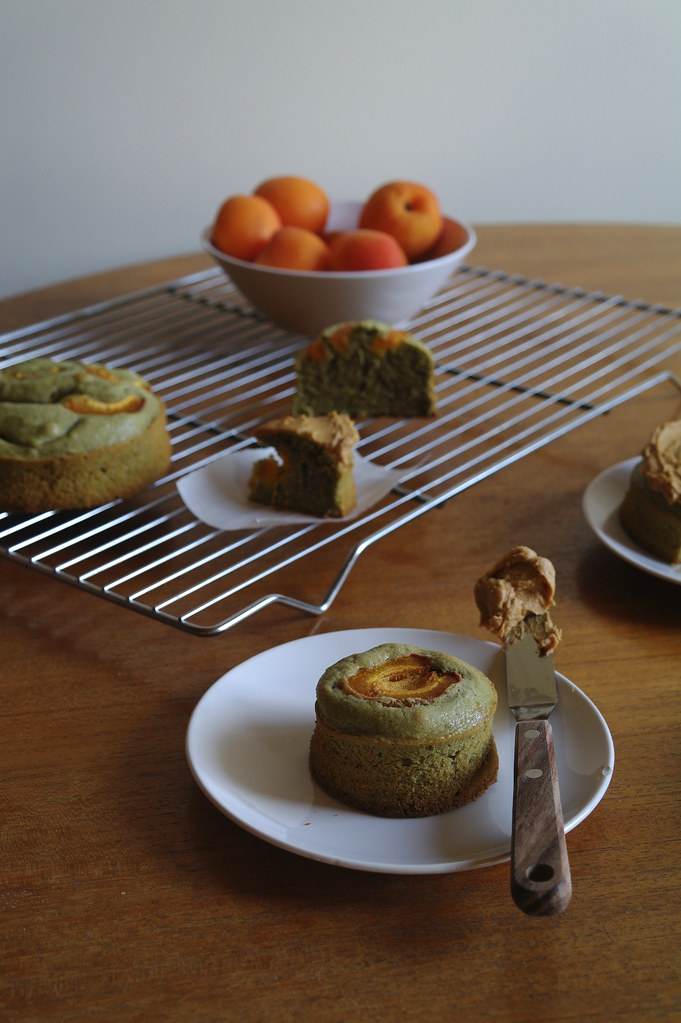 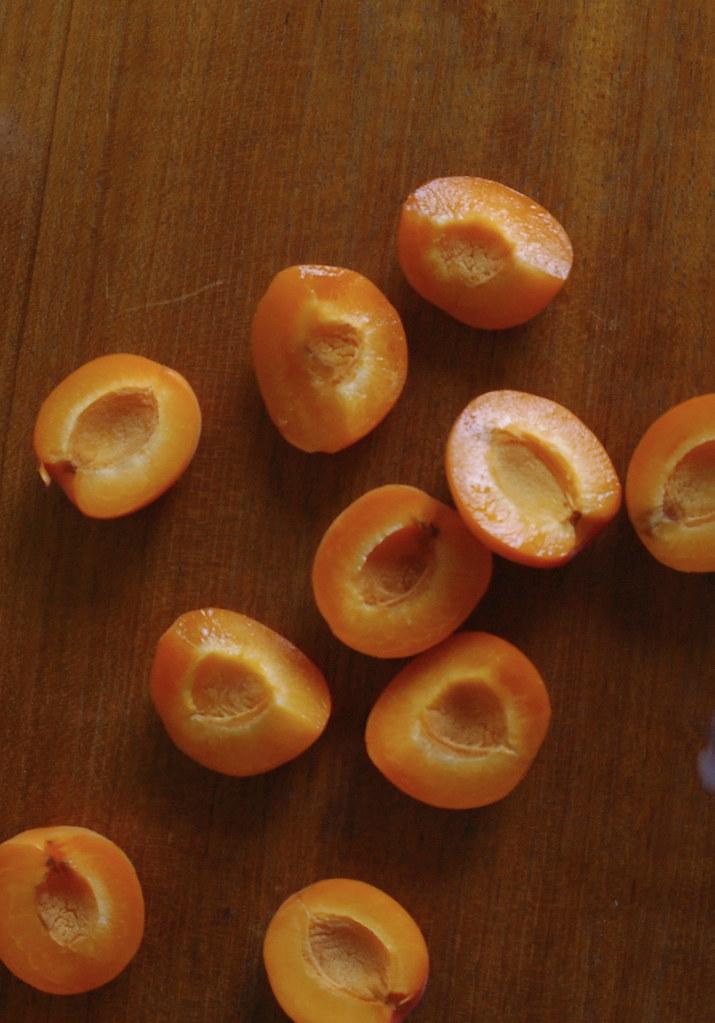 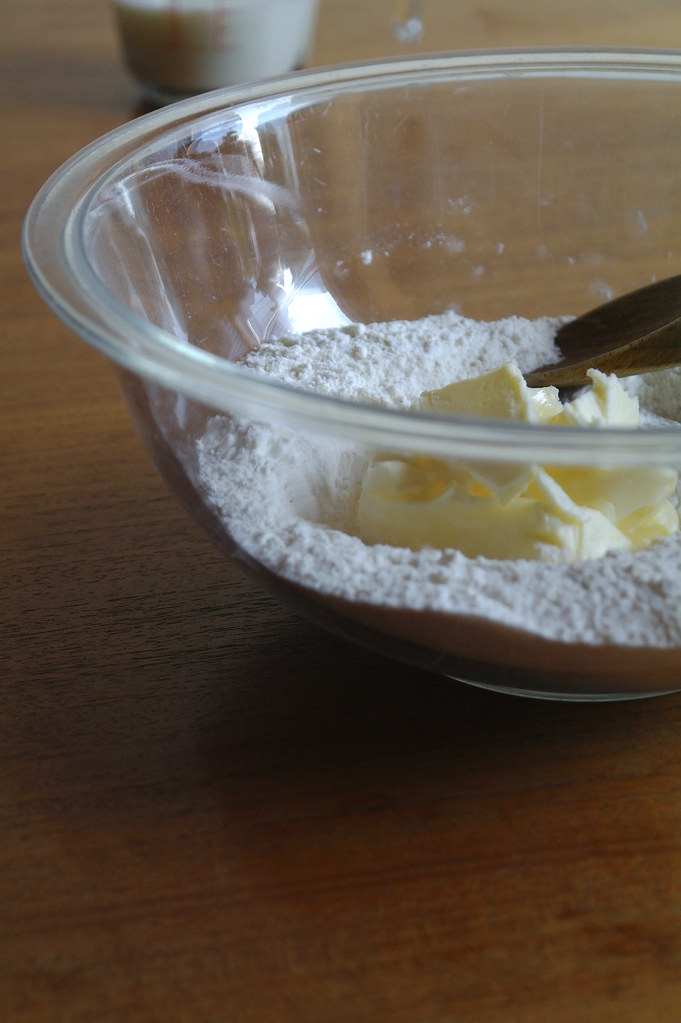 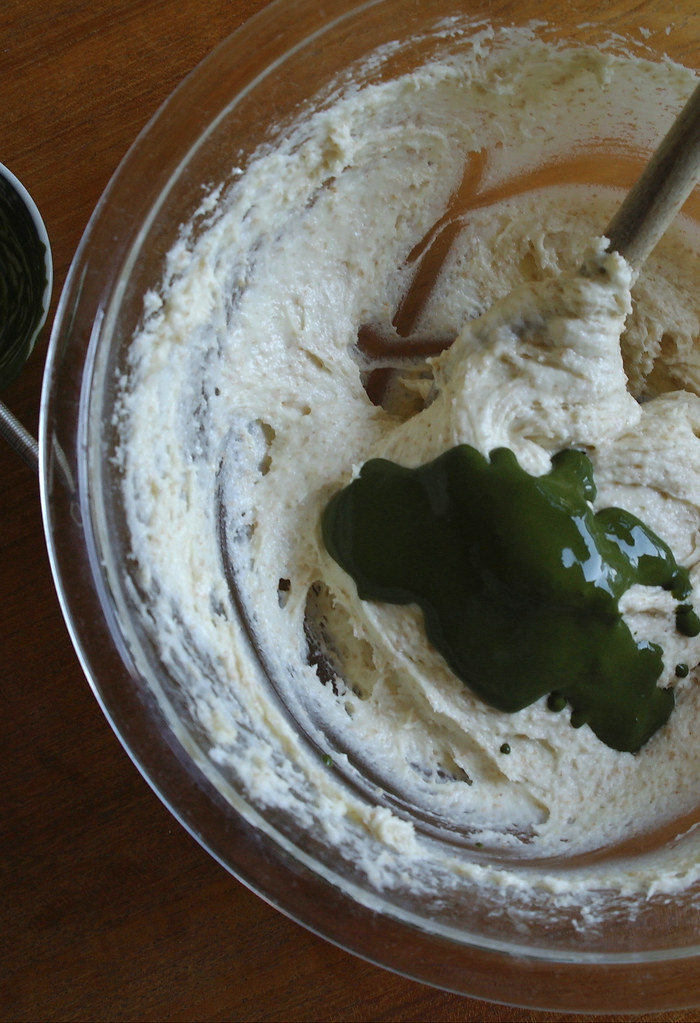 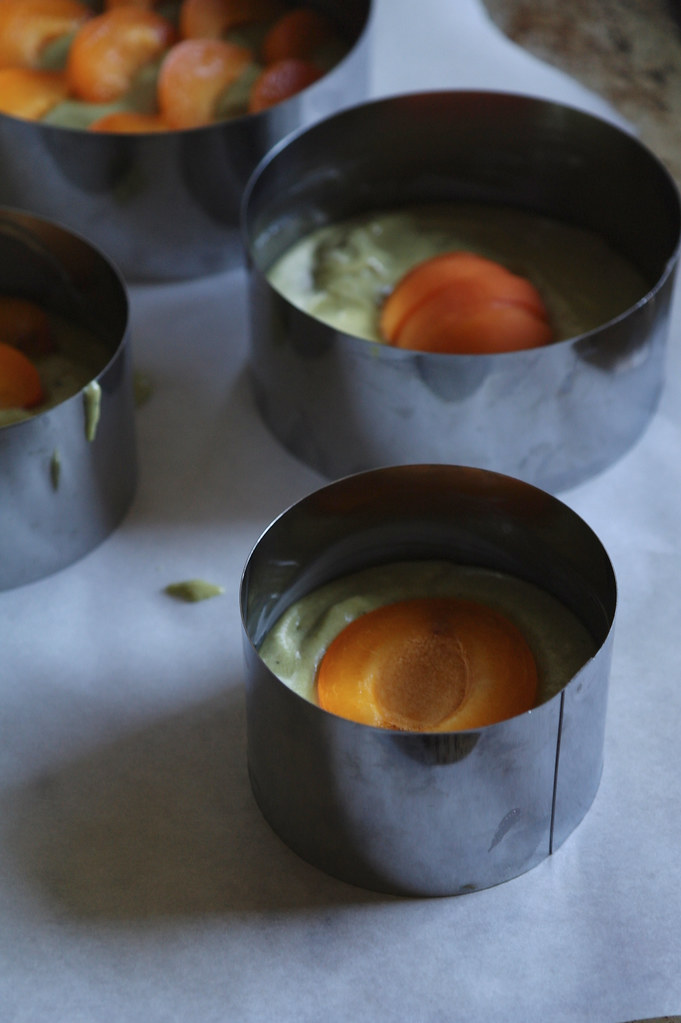 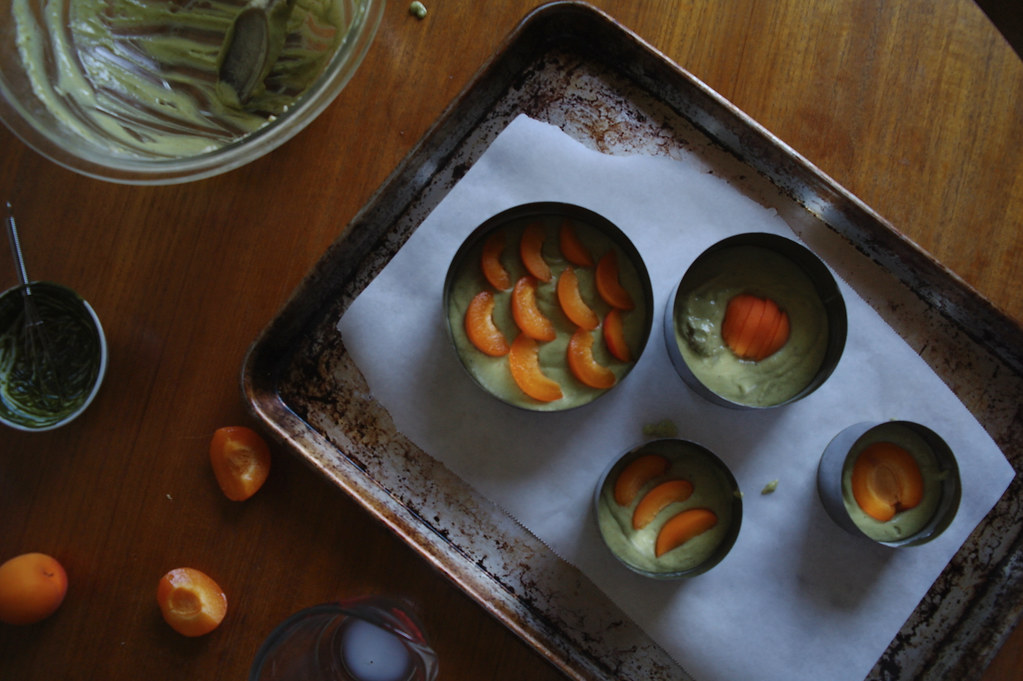 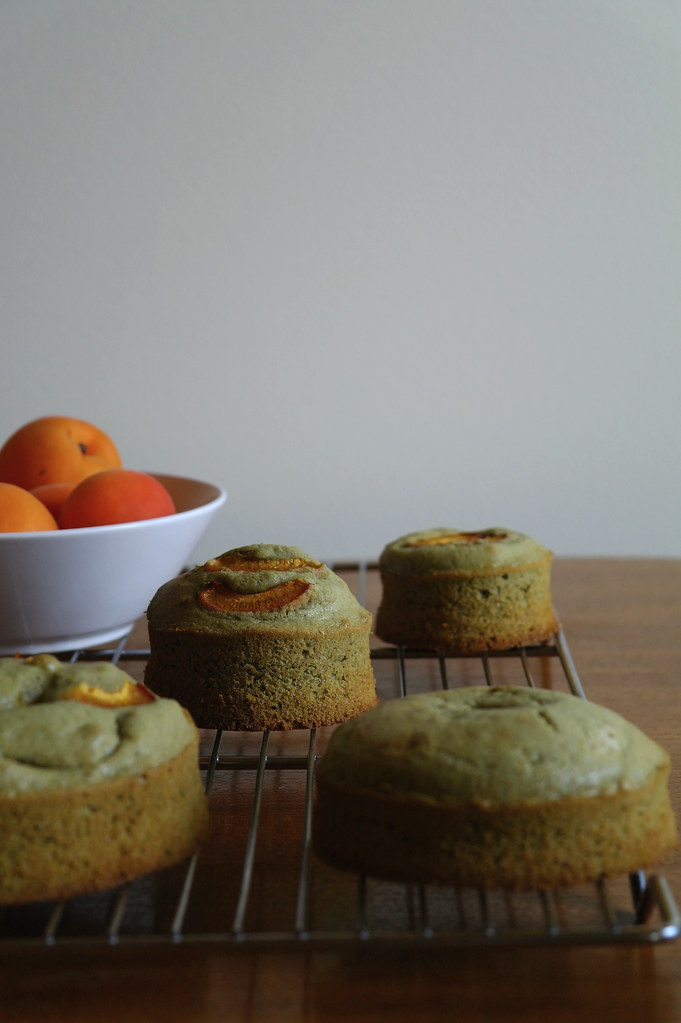 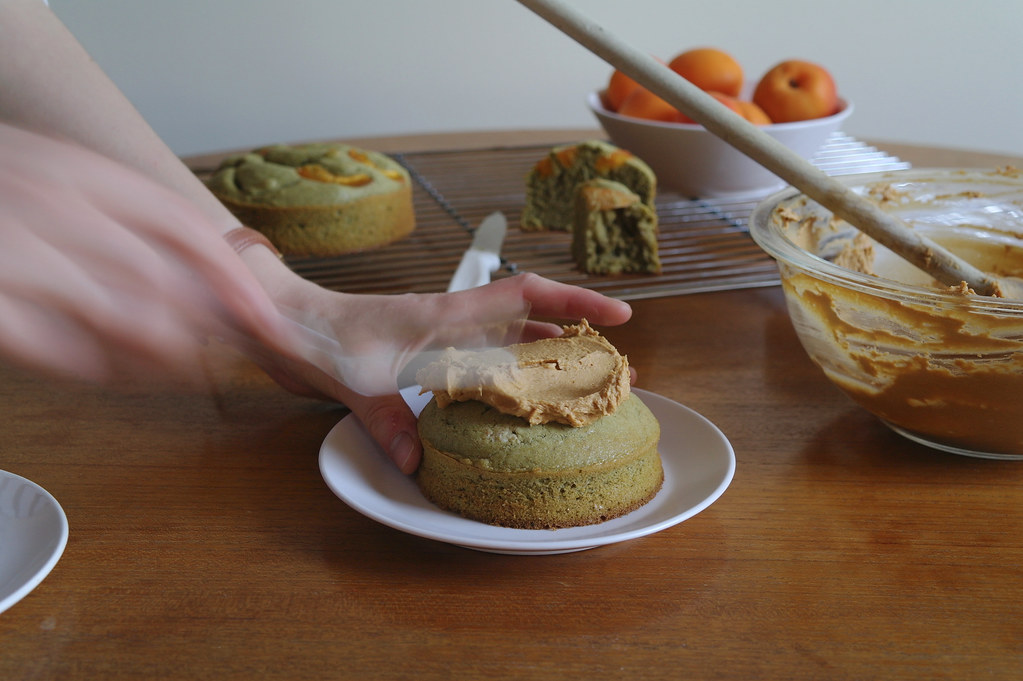 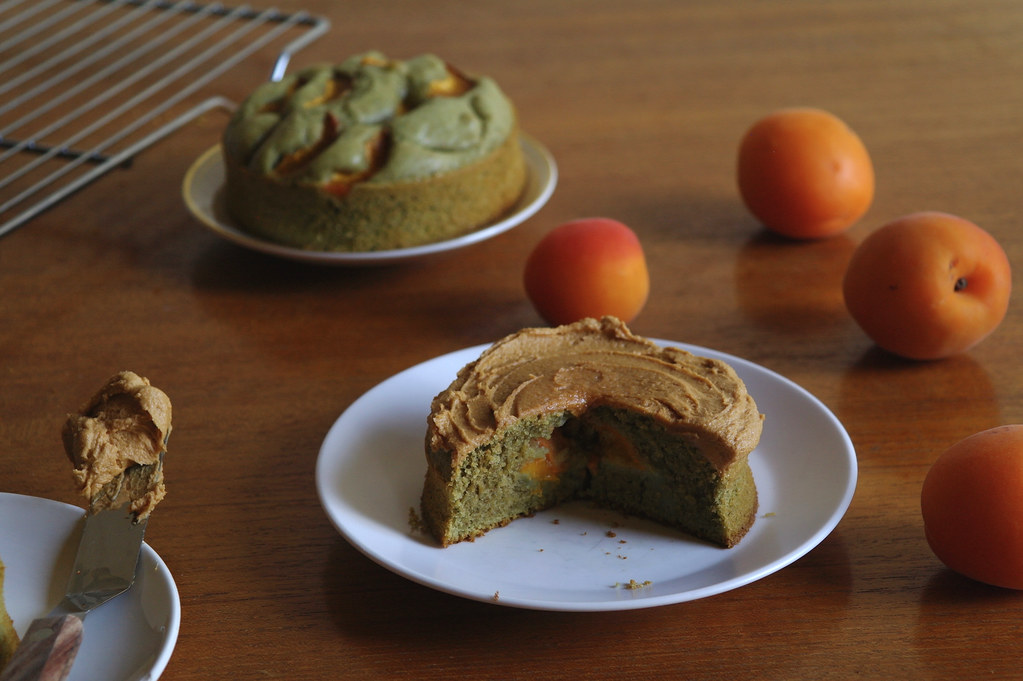 I’ve never really dared make a cake with the “reverse creaming” technique. It’s what I’ve read about in nearly all of Rose Levy Beranbaum’s recipes from The Cake Bible–take the butter, and cream it with the flour first. She explains it, and it seems to make sense conceptually–the butter prevents gluten development to keep your cakes soft. I’ve seen it first hand when making enriched bread doughs where a tighter crumb is often the result. Brioche is careful to avoid this as much as possible by developing the gluten first before beating in the butter.

So it makes sense, but it’s just not the way cakes are done. Butter should be creamed with the sugar and then the eggs first, right? Only mix in the flour near the end. I decided to be irrationally resistant to any of Rose Levy Beranbaum’s elegantly put logic. Nope. Not trying.

Then I saw a reverse creaming technique cake on The Domestic Gothess. It took seeing a trustworthy blog to pave the way to reducing and overcoming my prejudice, and finally give it a try.

So I did. I was sure the cake batter going in would emerge as biscuits.

The cake, and it was indubitably a cake, was very soft. “Downy” was a perfect description. It was a texture that I normally don’t achieve. Though many of my cakes live quite happily as the dense and buttery and slightly crumbly sort, this is the sort of cake you sometimes need.

So if I can go against the instincts bred into the very fibre of my being by my early years of making cakes solely from How to Cook Everything, I’m confident that an open mind can carry anyone a bit further. Sometimes that irrational nudge of yours isn’t required, and if you listen to the people around you, think of everything that we can learn.

There is one more thing to comment on in this post: the kinako icing. I used the roasted soybean flour as a stand in for icing sugar in an American-style buttercream (the first American style buttercream on the blog! It’s been a few years since the last time I made one). The icing has all the richness and butteriness and (meringue-less) convenience of an American-style buttercream, without the jarring sweetness. Unfortunately it also has an enhanced starchy taste, but given the reduced sweetness, I decided to take it. 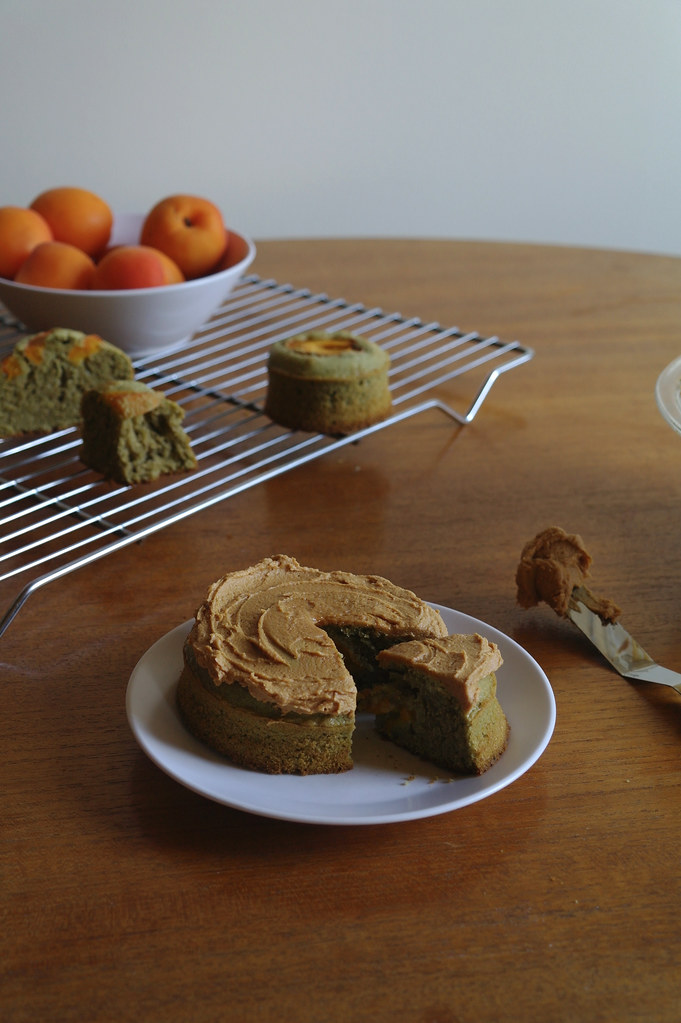 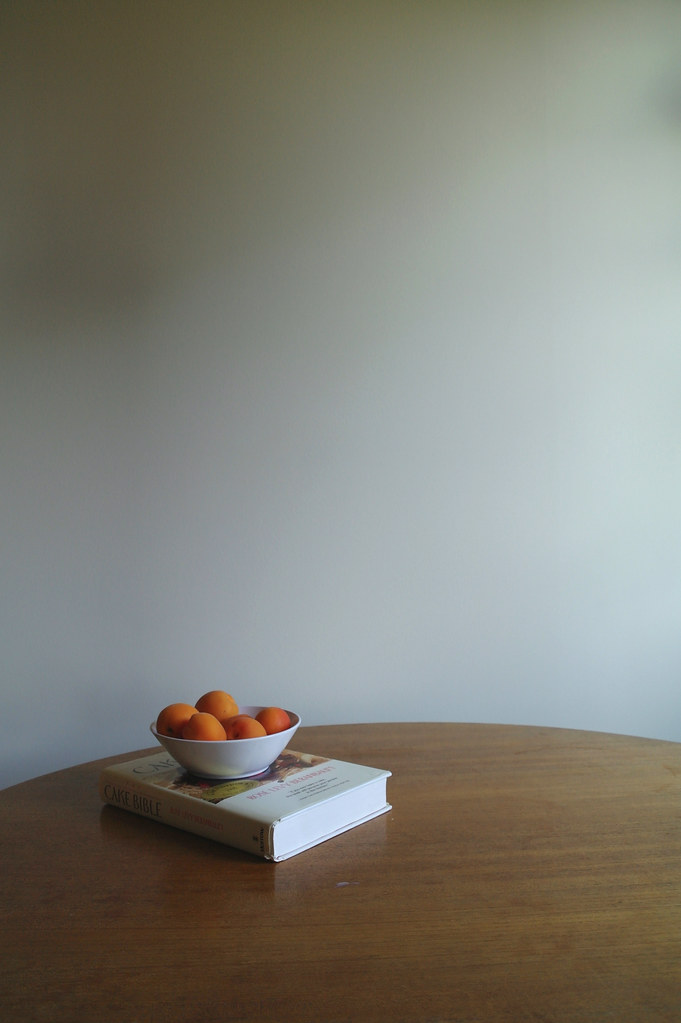