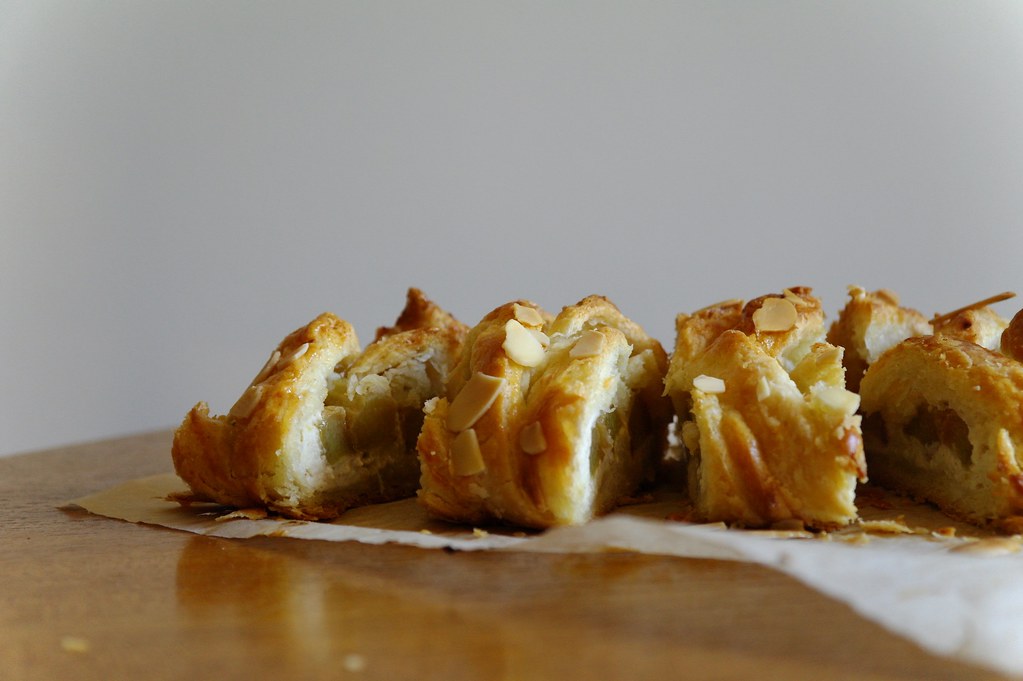 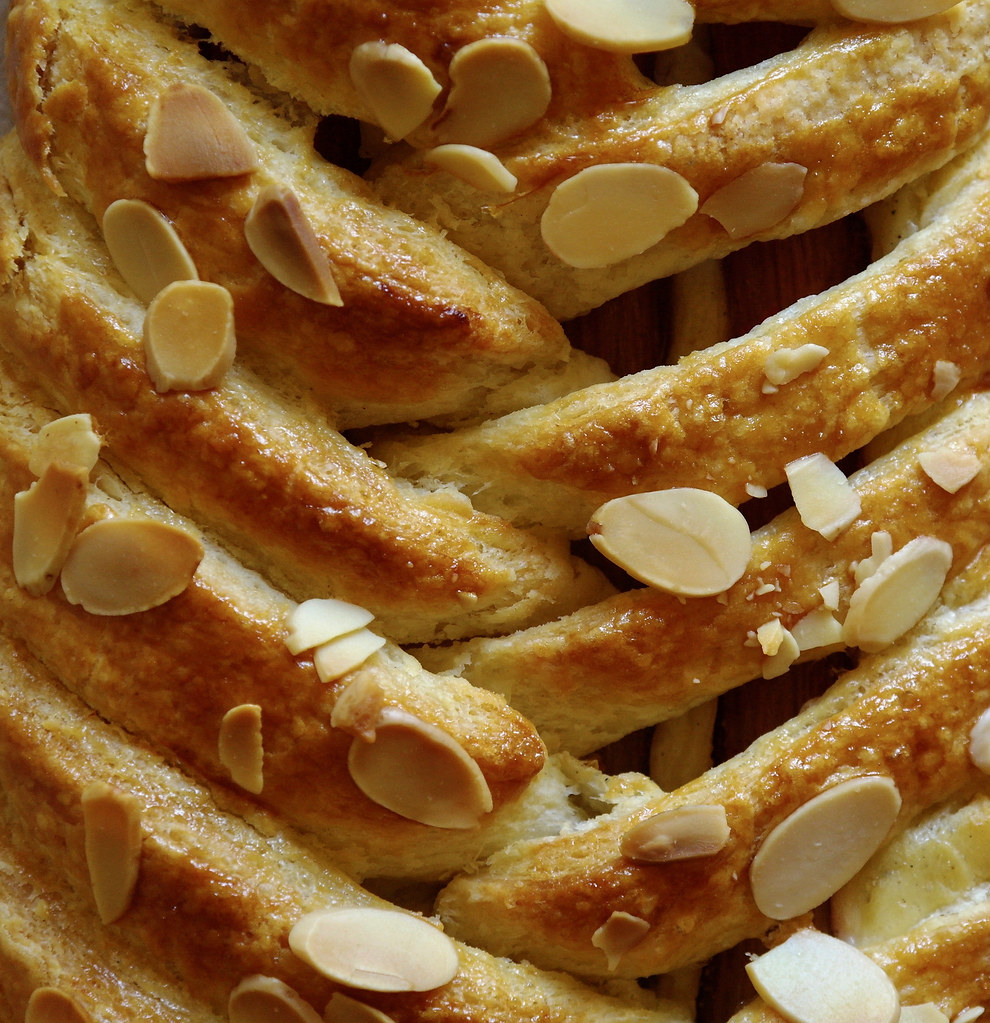 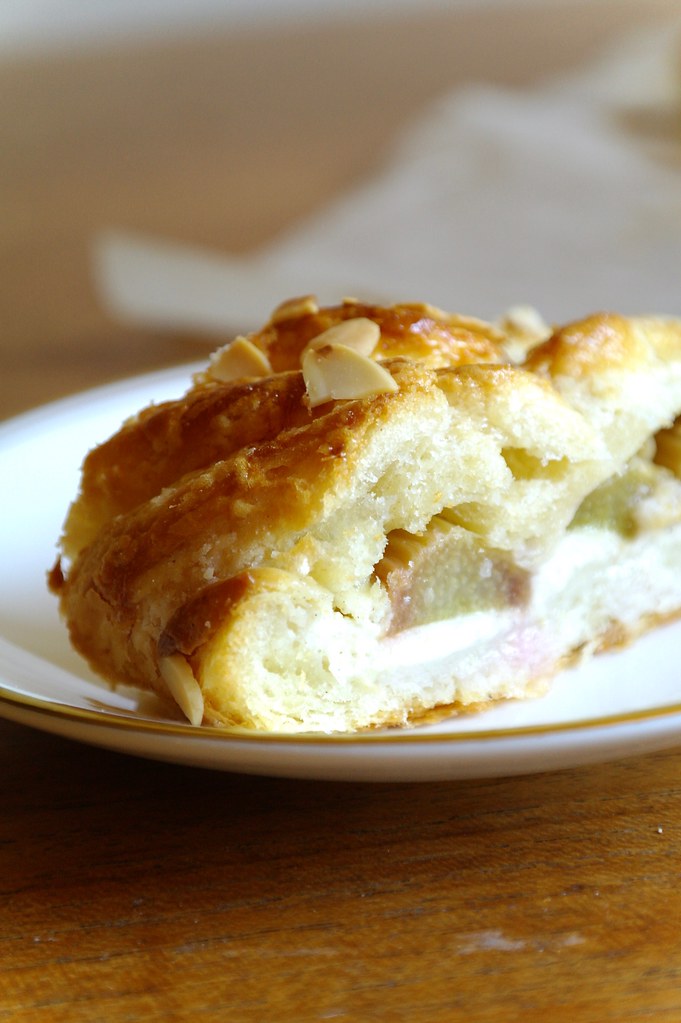 Structurally, this danish is based on a blueberry cream cheese bread I remember being very fond of making in elementary school. But now that I’m older I’ve obviously decided it would be much improved with five times the butter … which entails a danish pastry instead of enriched bread!

I ended up loving the simplicity of this pastry enough to make it twice. The second time was for a potluck, where, predictably, the desserts kept on piling up. We ended up sharing the remaining desserts over the course of the following week. 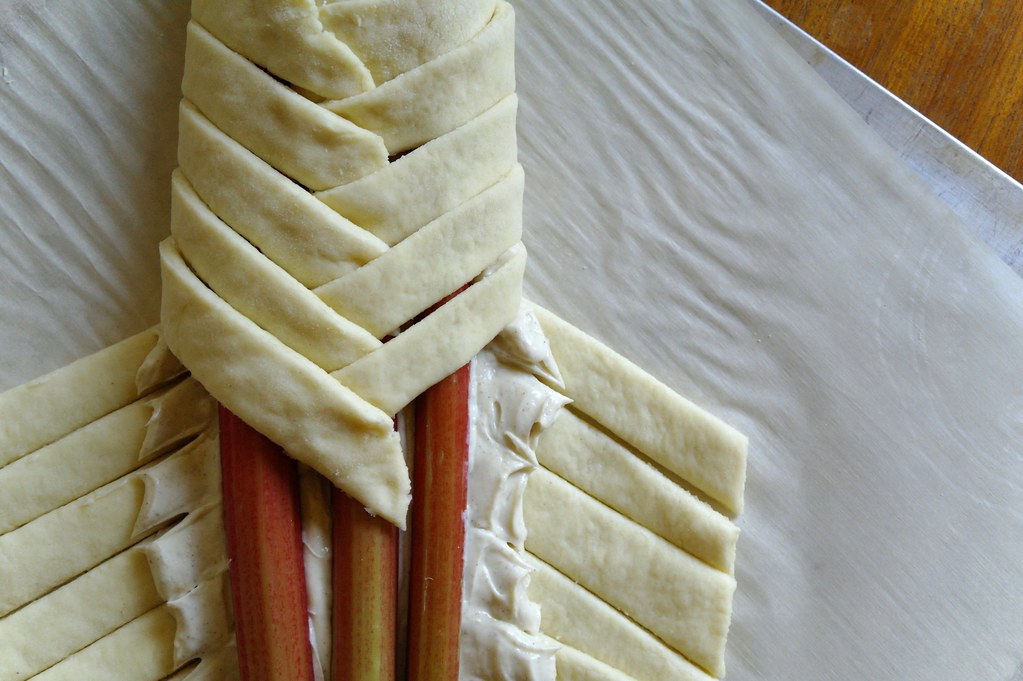 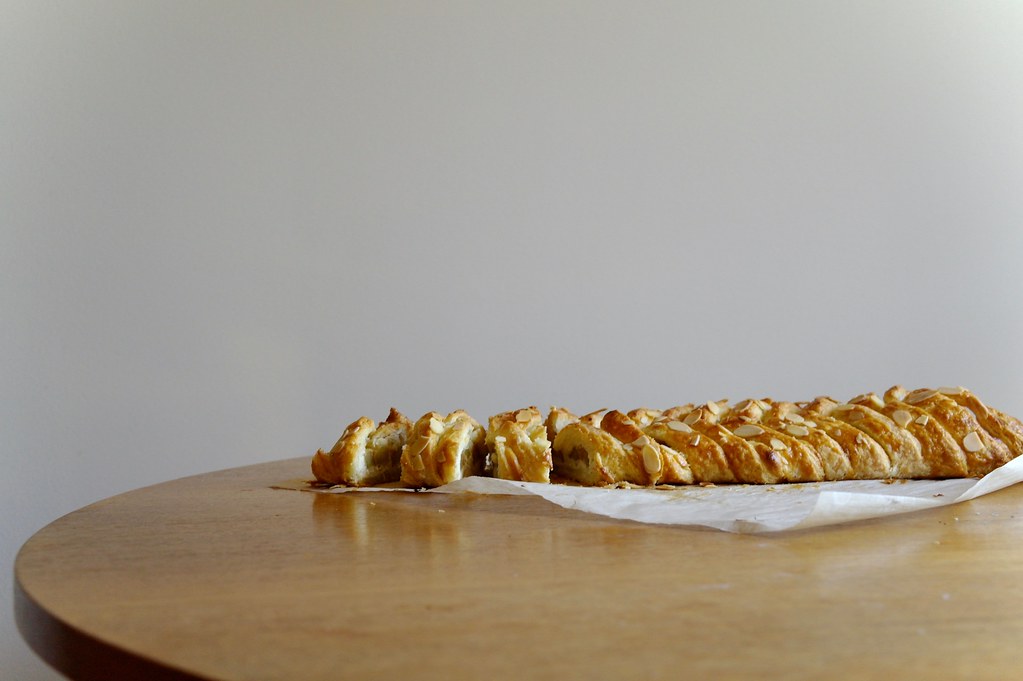 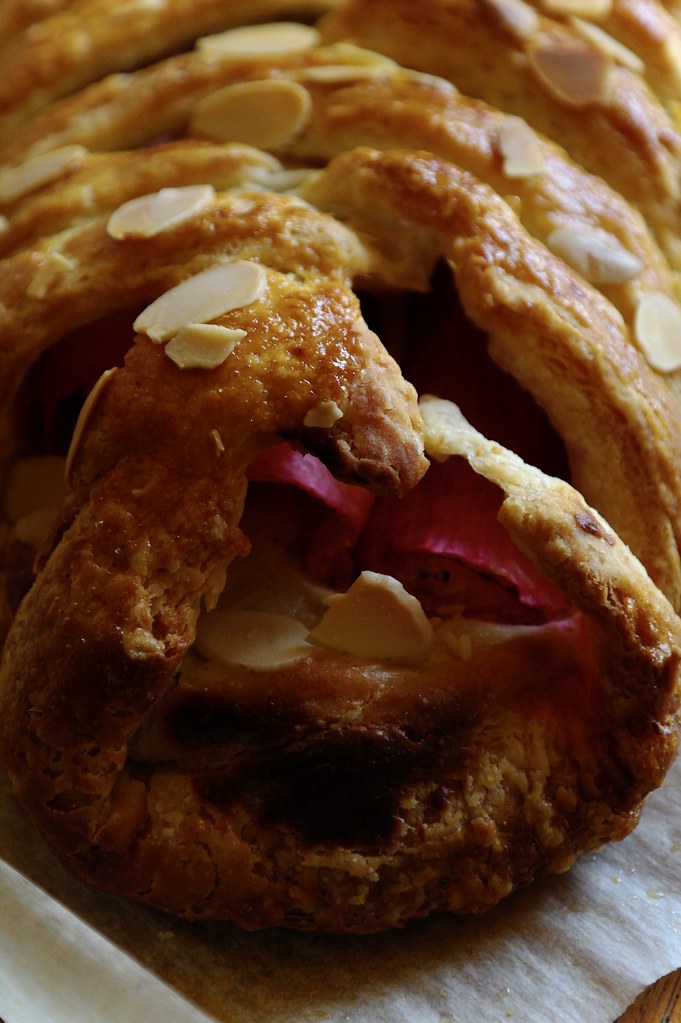 The recipe that I’ve based the danish pastry dough on has a considerable amount of butter, and a higher butter to flour ratio than most other recipes I’ve seen. So while this ensures that there is no possible way for the dough to not be rich and flakyish, the relatively greater prominence of the butter layers during lamination does make it a bit more challenging. I’ve found each time that while baking the pastry, quite a bit of butter does escape and pool out, indicating that I’ve not quite managed to complete the lamination properly. 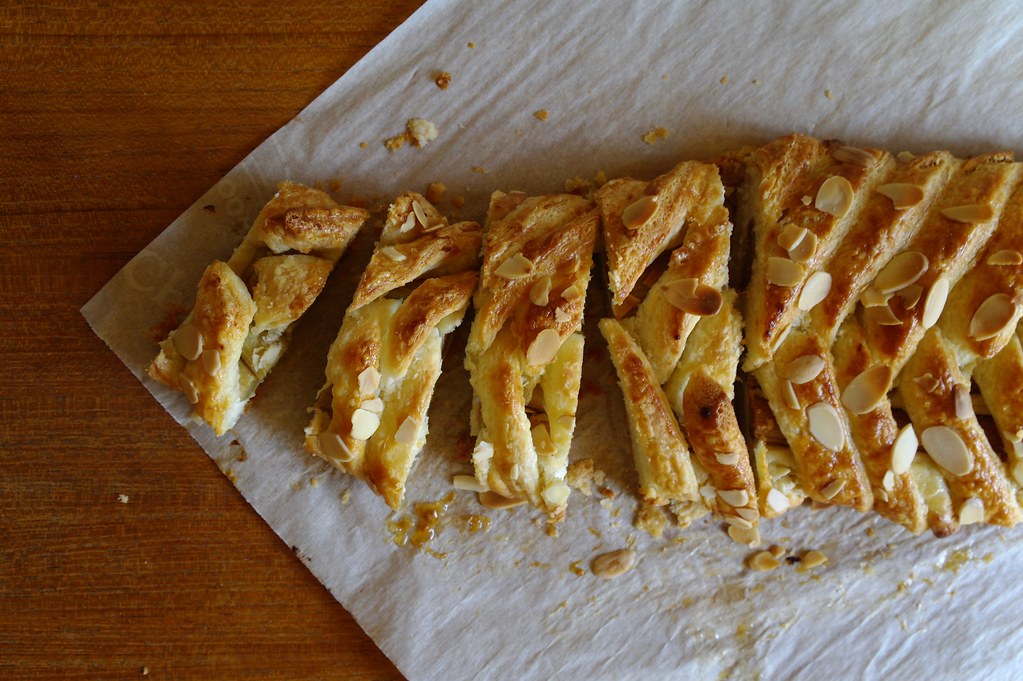 Combine all the ingredients except for the butter and mix together to form a dough. Knead until smooth, cover and set aside to rest for 15 minutes.

Cut the cold butter into slices as thinly as possible. Return to the fridge.

Roll out the dough into an 18×18″ square. Arrange the butter slices in another square, inset like a diamond into the first square. Fold the corners over and seal the dough around the butter. (Alternatively–I sort of did a mixture of both of these–allow the butter to come to near room temperature and spread into a square, seal and then chill to refirm the butter before resuming the rolling and folding.)

Roll the square into a rectangle, envelope fold into thirds and chill 15 minutes in the fridge. Repeat this rolling and chilling process an additional three times: roll out the rectangle and then fold again into thirds in the opposite direction, then chill.

Cream the cream cheese with the sugar, cardamom, and half the egg. Reserve the remaining half of the egg to glaze the danish.

Roll out around 1/2-2/3 of the dough into a large oval-ish rectangle, and around 0.5-0.75 cm thick. The longest dimension should be as long as the rhubarb stalks. Spread the cream cheese down the centre and top with the rhubarb stalks. Slice the dough on the bias on either side of the filling, then fold over the flaps, alternating from side to side.

Cover and let proof for around 30 minutes until puffed. Meanwhile, preheat the oven to 400F. Brush the danish all over with the remaining half beaten egg. Sprinkle with slivered almonds. Bake 30-40 minutes until well browned. Let cool before slicing.

One thought on “large rhubarb and cream cheese danish”