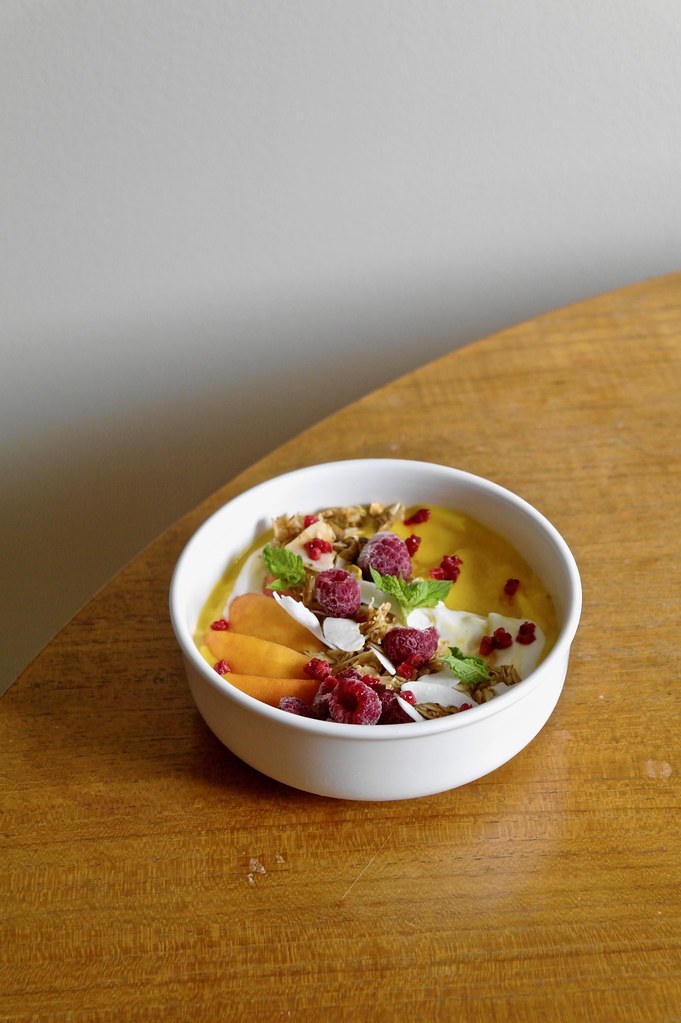 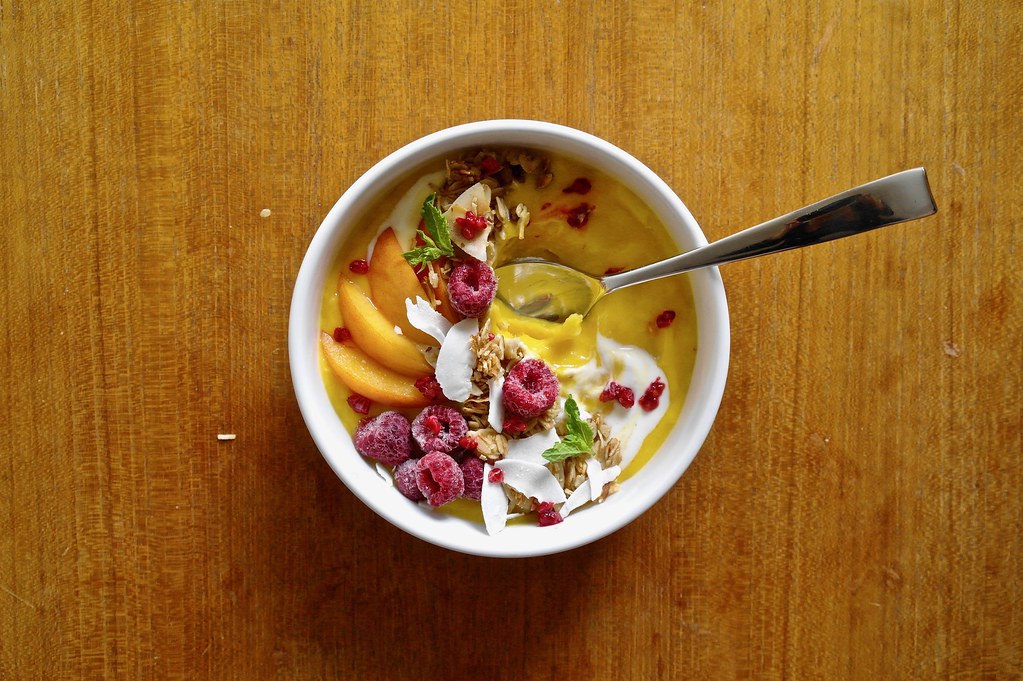 The first time I heard of smoothie bowls, I thought it sounded a bit gimmicky. How is this different from a normal smoothie? Why does putting it in a bowl all of sudden make it so hip and Pinterest-able?

Despite my placidly confused disinterest, my friend, with an enthusiastic and generous love for smoothie bowls derived from some time in California (apparently a smoothie bowl destination), decided we must have one. After he ordered this smoothie bowl from this smoothie chain, in a transforming manner kind of like macarons, everything came together and all the hype made sense.

Because it was thick and satisfying and you like ate it instead of drinking it. 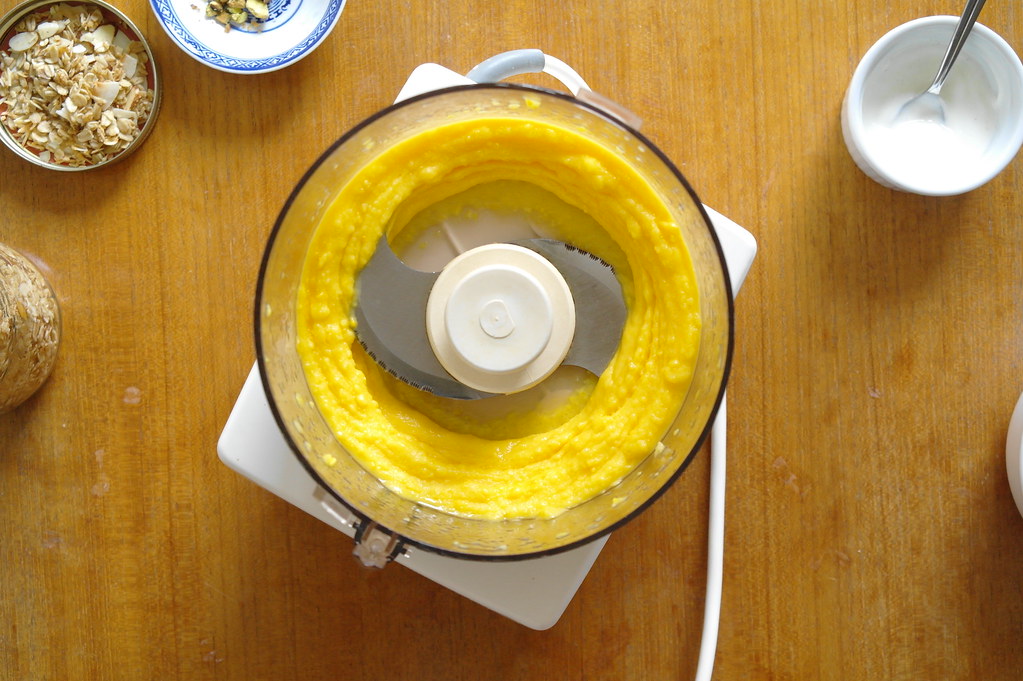 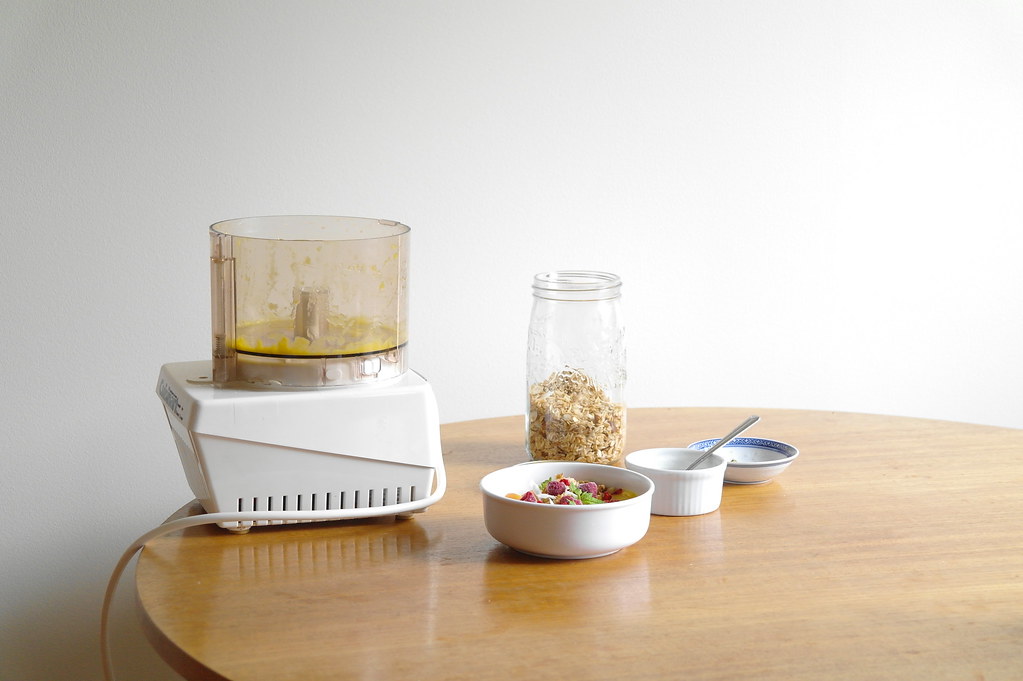 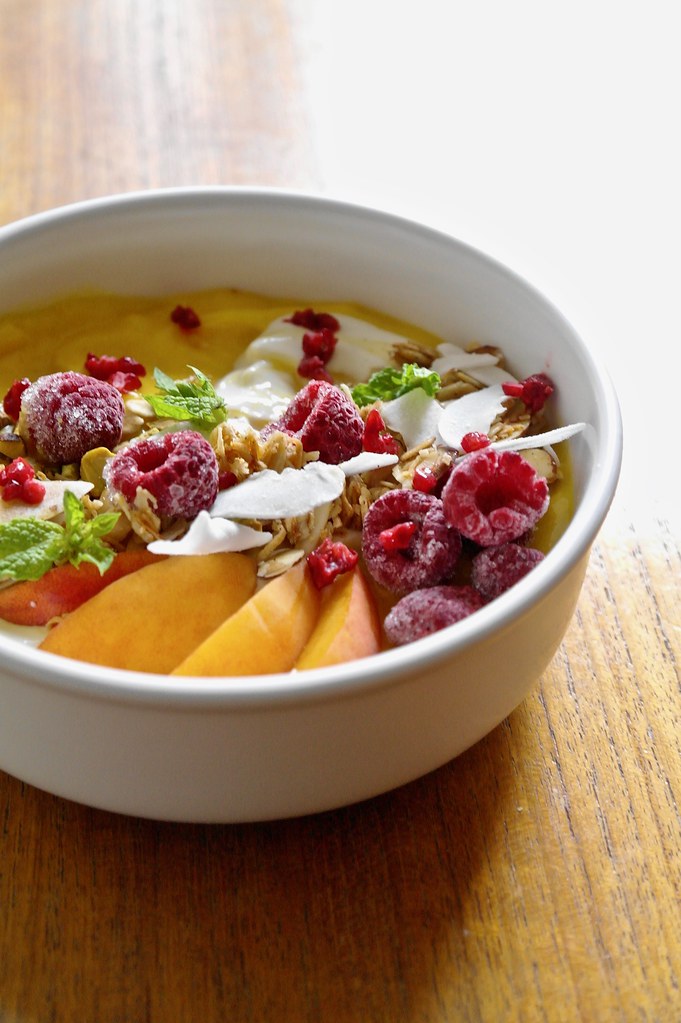 And no, my former self, no, a smoothie bowl is not just pouring a smoothie into a bowl. Okay, well, I mean, actually it still kind of is, but I would argue that there is a small key distinction in that you should have to scrape a smoothie in a bowl (this may be a point under debate, but I do prefer the scrape-able texture).

Another smoothie related-discovery happened a couple summers ago, when I had learned how to make thick smoothies from my half-sister’s half-sister. She would combine frozen fruit in a food processor to make a thick smoothie that would be scraped into a cup and eat like ice cream. What possible reason is there to make a thin anemic drink when one can use the same ingredients (just a bit more frozen) to make a thick erythrocytic marvel? it’s soft-serve sorbet. for breakfast.

And the wonder of it all is that a smoothie bowl doesn’t need a recipe. (But because I have this whole food blog thing going on, here is a bit of a guide to what I did anyways.) 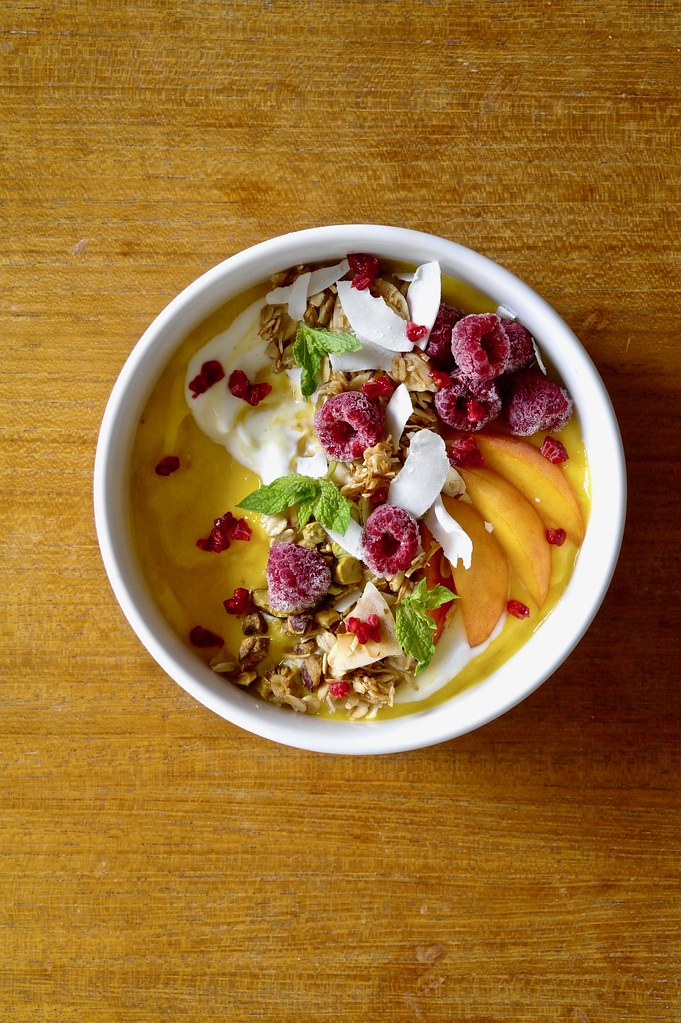 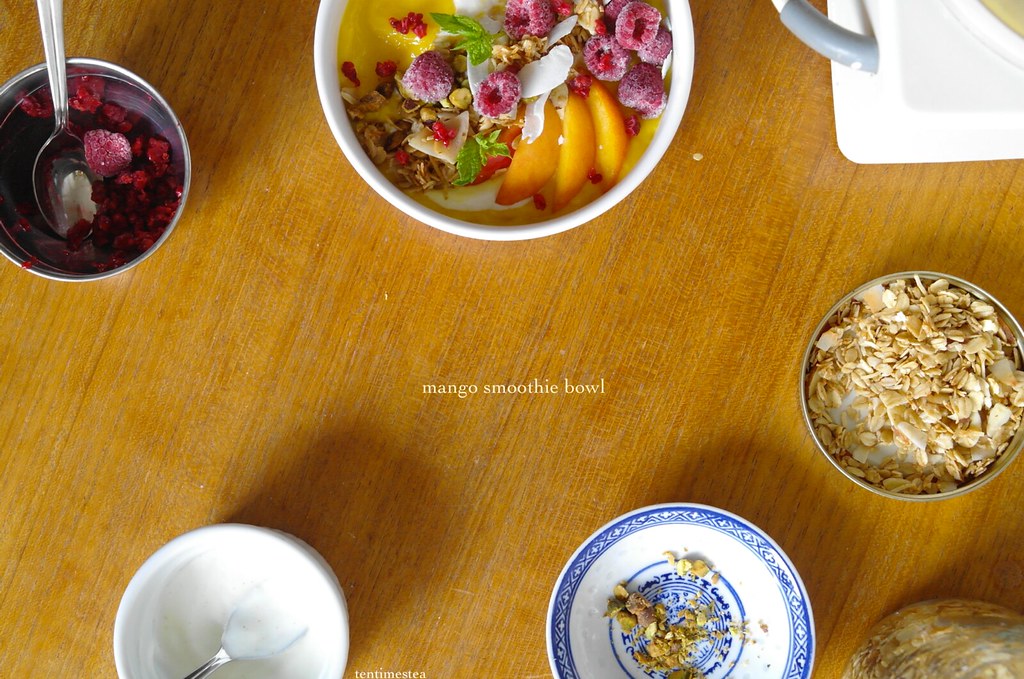 Before I let you go, I will squeeze in one more drawn out aphorism between this picture and recipe. Because sometimes these small things can remind us about some really big important things (and all sorts of other-sized things in between); this was a reminder to keep myself open because by blindly grabbing onto my preconceived notions [such as of smoothies] to pretentiously dismiss anything new to me, I think I’m the only the person that loses.

For a single serving, put 1/2c of frozen mango chunks in the bowl of a food processor. Process, drizzling in orange juice (OR water if mango-orange is not your thing OR milk for a creamier, lighter orange-coloured alternative) as needed to get desired consistency. I aim for thick puree, or a slightly too-soft sorbet that is melting a bit around the edges, but solid in the middle. Place in a bowl and top with:

Preheat the oven to 250F. Line a tray with parchment paper. Whisk together the oil, honey and salt. In a separate bowl, mix together the remaining ingredients. Pour the honey/oil mixture overtop and mix until combined. Spread in a thin layer on the pan and bake until golden (don’t mix), around 45 minutes. Let cool.

3 thoughts on “mango smoothie bowl with coconut and cardamom granola”