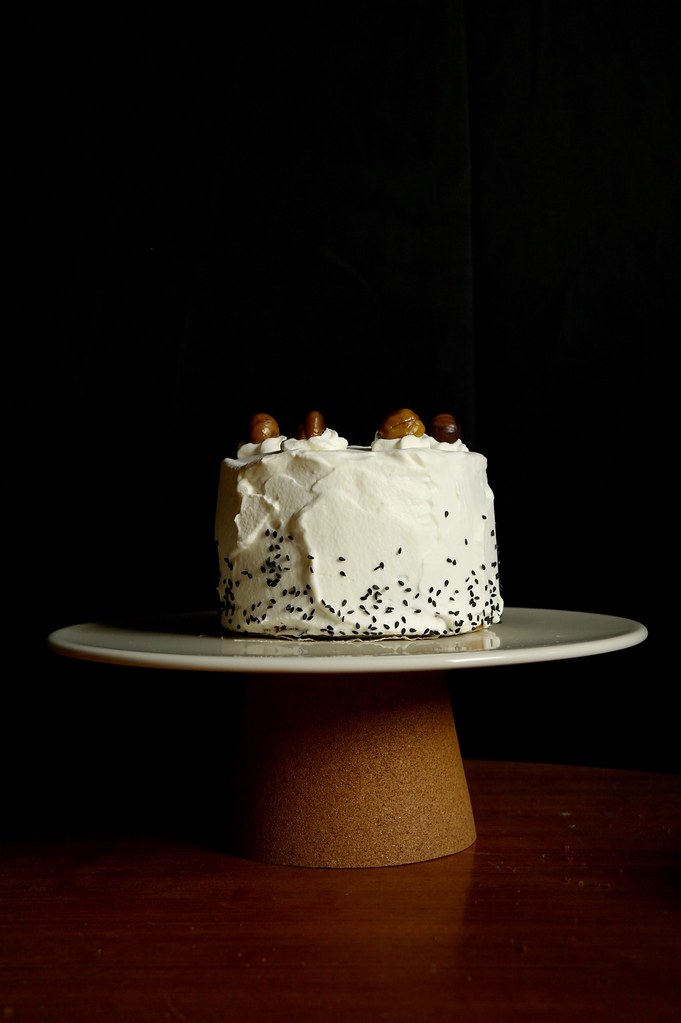 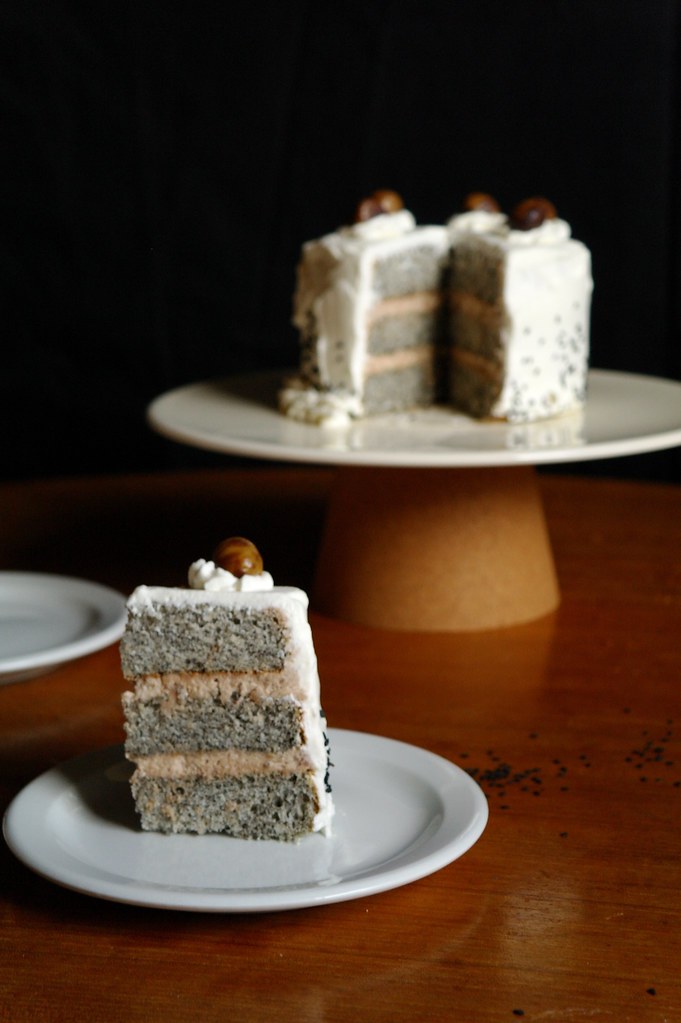 Today we are keeping it simple with only two steps to what is best described as a very fulfilling experience. Step 1 is to find a low traffic hallway – most promising are uppers floors or the dead-ended hallway adnexa. Step 2 is to seat yourself down with your back against the wall and enjoy the wonders of having such an expanse of space to sit (you can cross your legs or even stretch them out if you’re really feeling ambitious) – as well as to pile up the requisite winter combo (i.e. the coat + the mitts + the hat + the scarf + …) that the weather requests you carry with you everywhere. Feel immensely comfortable – until your back begins to ache a bit – because while simple, it is one of life’s finest pleasures.

Somehow, until yesterday, I think it’s been years since I’ve sat on the floor in front of my locker. I keep the instructions general to facilitate sitting on the floor even in situations without lockers, but while secluded hallways are good, it is the locker that is essential for peace of mind. The proximity of the locker gives you a sense of belonging and ownership over the four vinyl floor tiles that you occupy. As inconvenient as it may be for locker neighbours and passer-bys in the case of narrower hallways, you can feel steadfast in your randomly assigned administrative-given right to root yourself in place. (I imagine that even if an adjacent locker is not yours, if you have enough self-confidence to project the possibility that it could be yours to those passing by, that would also suffice). 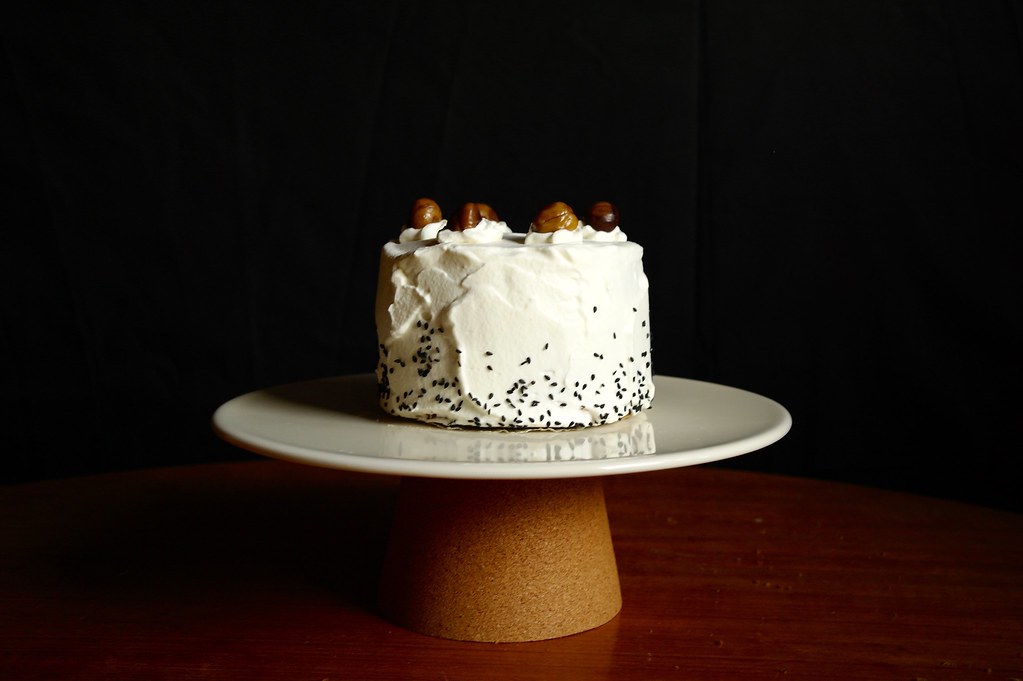 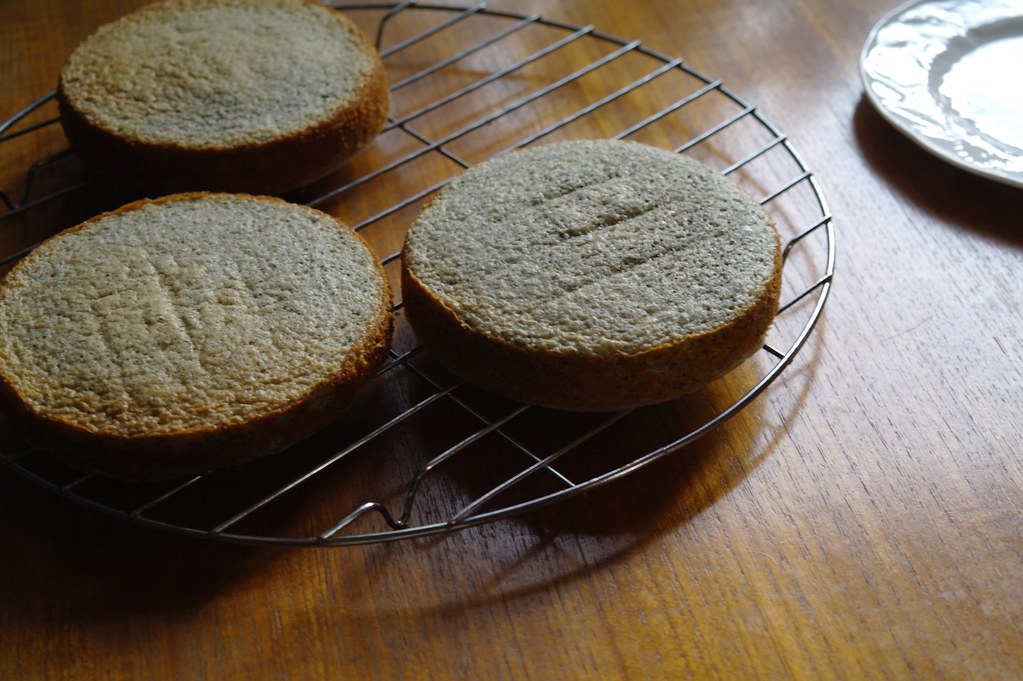 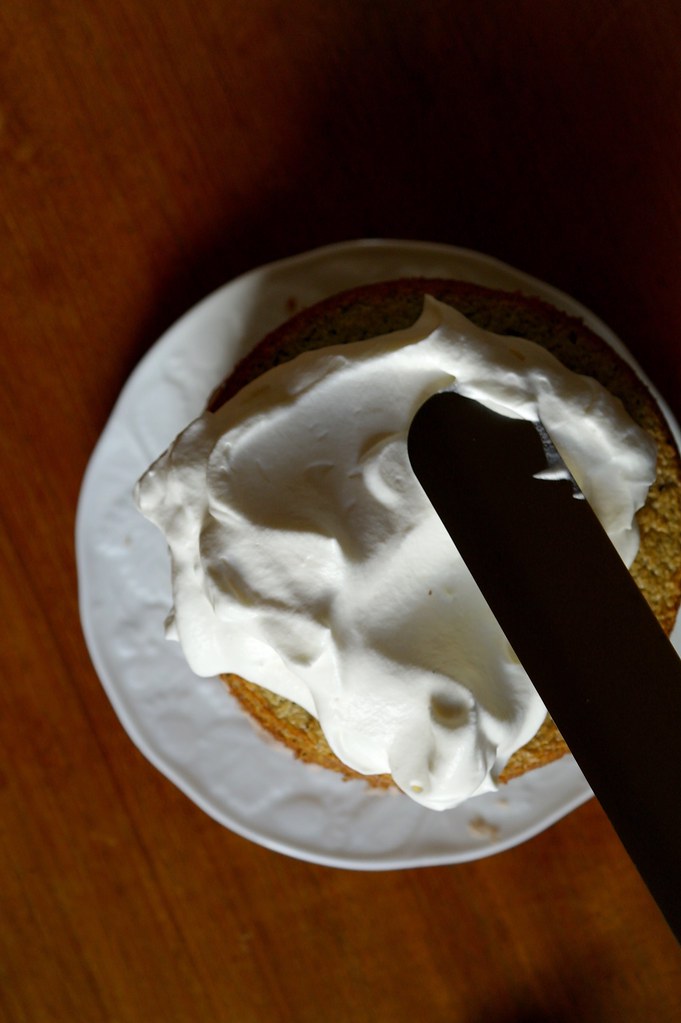 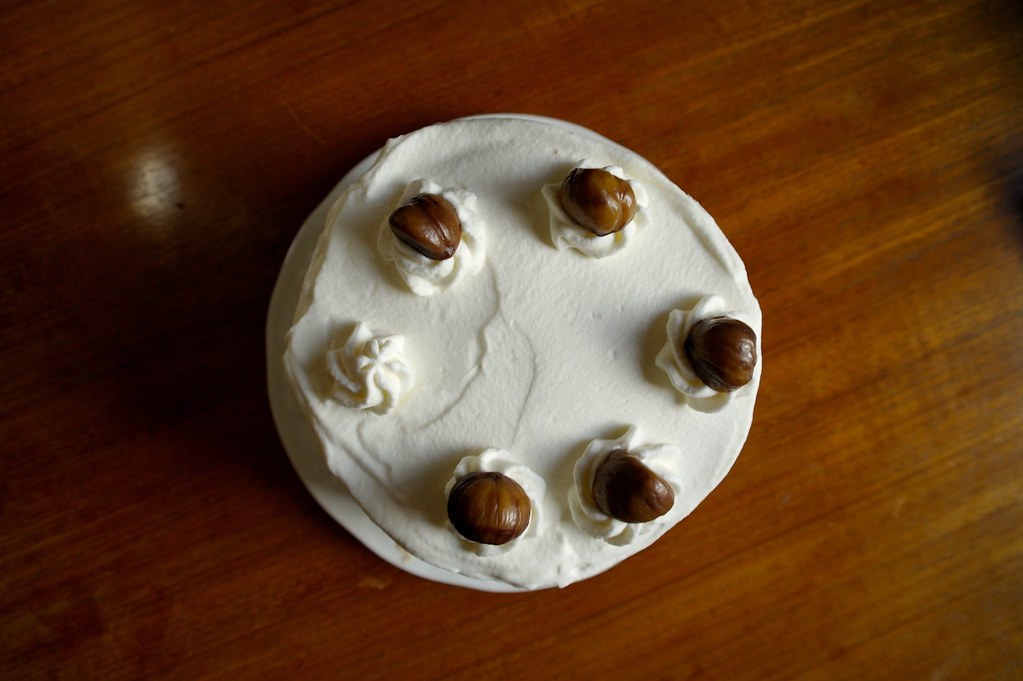 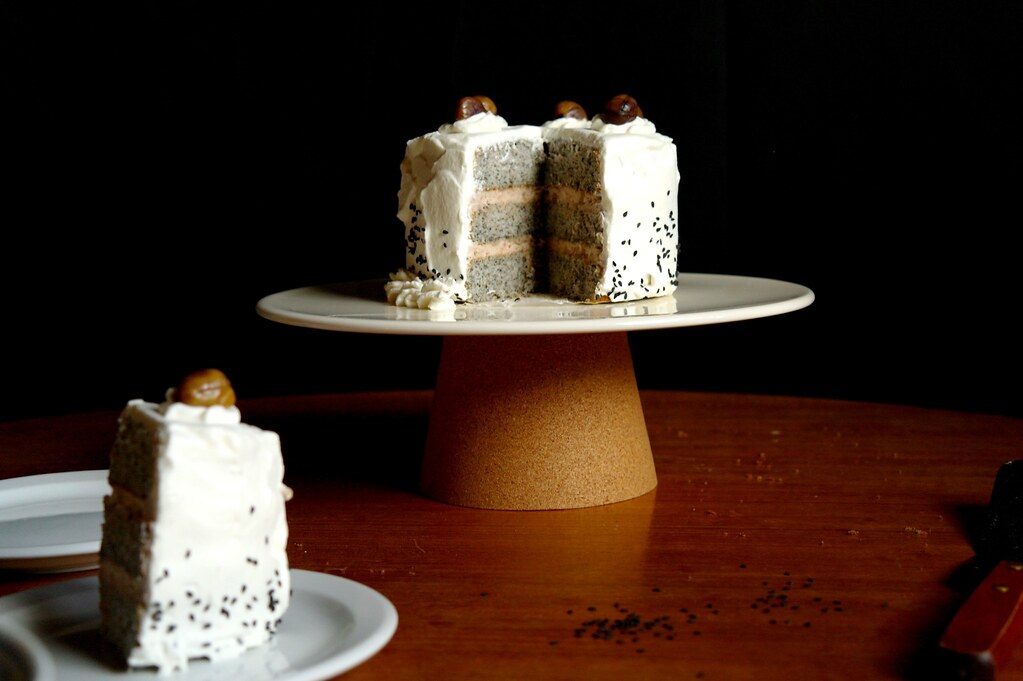 In other super simple nostalgic rediscoveries, there is this black sesame and chestnut cake. I made this cake more than a few years ago and like many things, it has dwelled in the draft folder ever since. There is no specific occasion to post now other than that I loved it, as gentle and warmly flavoured cake.

They might be heavier flavours, but it’s a cake of mostly air that certainly doesn’t overwhelm. I don’t make this particular enriched, barely structured sponge cake as often anymore (now I tend towards this one), but as it whips whole eggs and using a good amount of icing sugar it epitomizes a soft, barely structured and light cake, the sort of cake that can’t be paired with anything other than whipped cream.

For perhaps the most fulfilling experience of all, I would say, find yourself a secluded tail end of a hallway, sit down, and eat some cake. 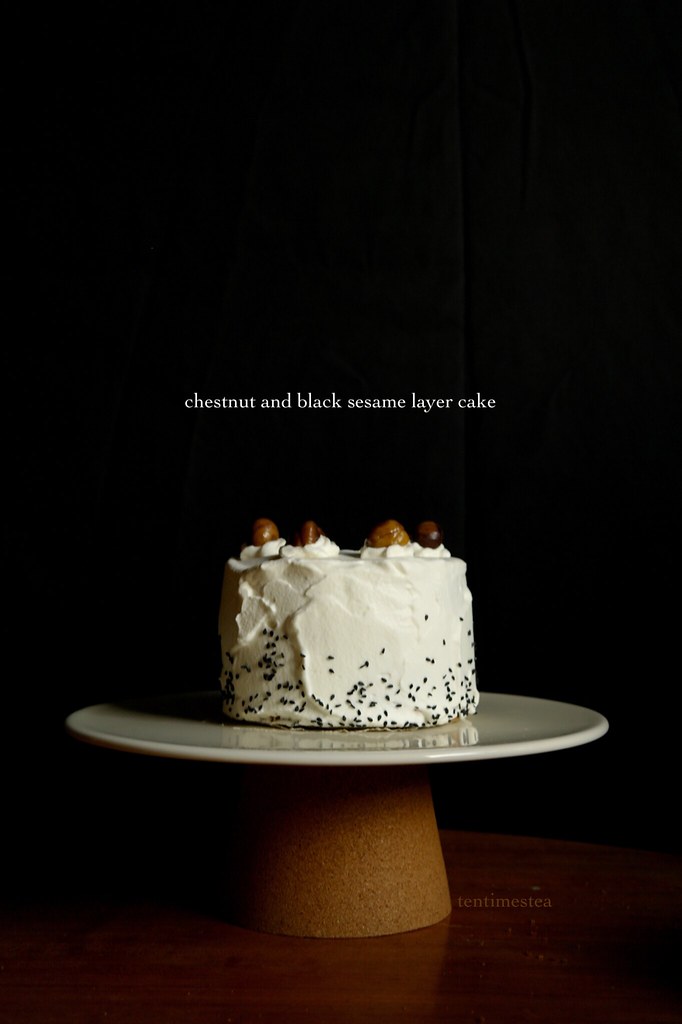 Adapted from this cake recipe that I discovered via Coconut Craze and initially used in this lemon dill roll cake. Makes three 5″/14 cm diameter cakes.

Have three 5″ (14cm) cake pans at the ready. Butter the cake pans, line each with a parchment circle, and butter the parchment. Dust the buttered pans lightly with flour and tap out the excess.

Whisk together the flour, black sesame and salt.

Whip the egg until frothy, then whisk in the sugar. Continue to beat until the eggs are very thick and pale and fluffy.

Sift the dry ingredients over top and fold in, then fold in the milk. Scrape into the prepared pans and bake for 10-15 minutes or until browned on the sides and well set on top.

(Note: As I did this with 1 cake pan, I divided the dry ingredient mixture into 3 and then beat each egg on it’s own, making the layers successively, one after the other.)

Whip the cream until it has soft peaks. Whisk in some vanilla extract and a spoonful of sugar (or more to taste).

Put a generous dollop of the cream on top of the cake and spread over the top and the sides.

Reserve some of the whipped cream and fill a pastry bag fitted with a star tip. Pipe six rosettes on top of the cake.

Cut 3 chestnuts in half and put half a chestnut on each rosette. Sprinkle some black sesame seeds on the sides of the cake. 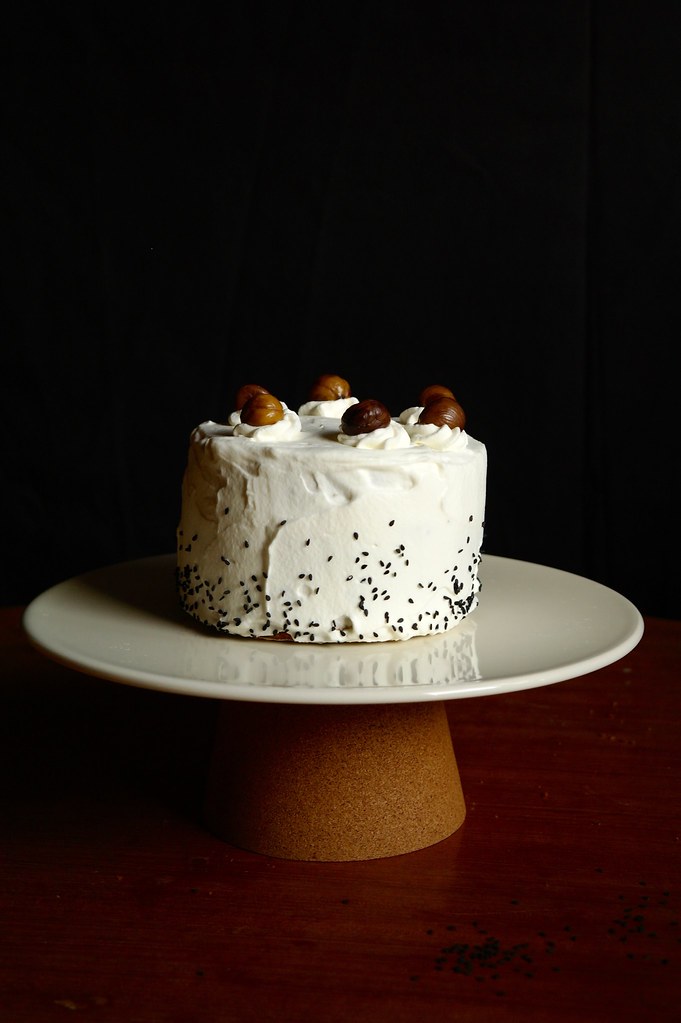