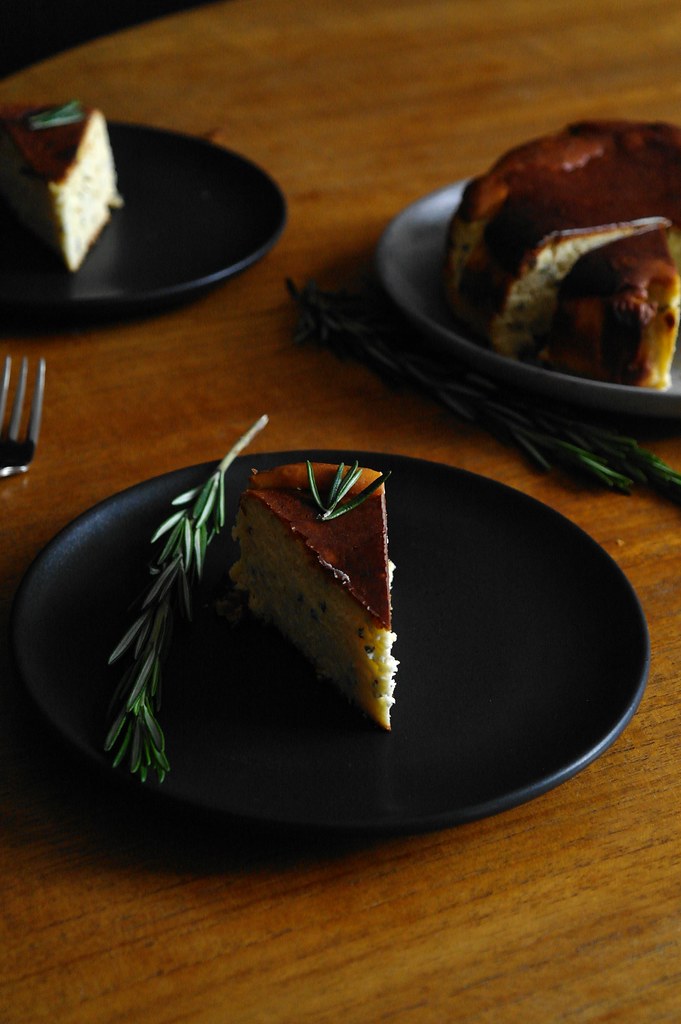 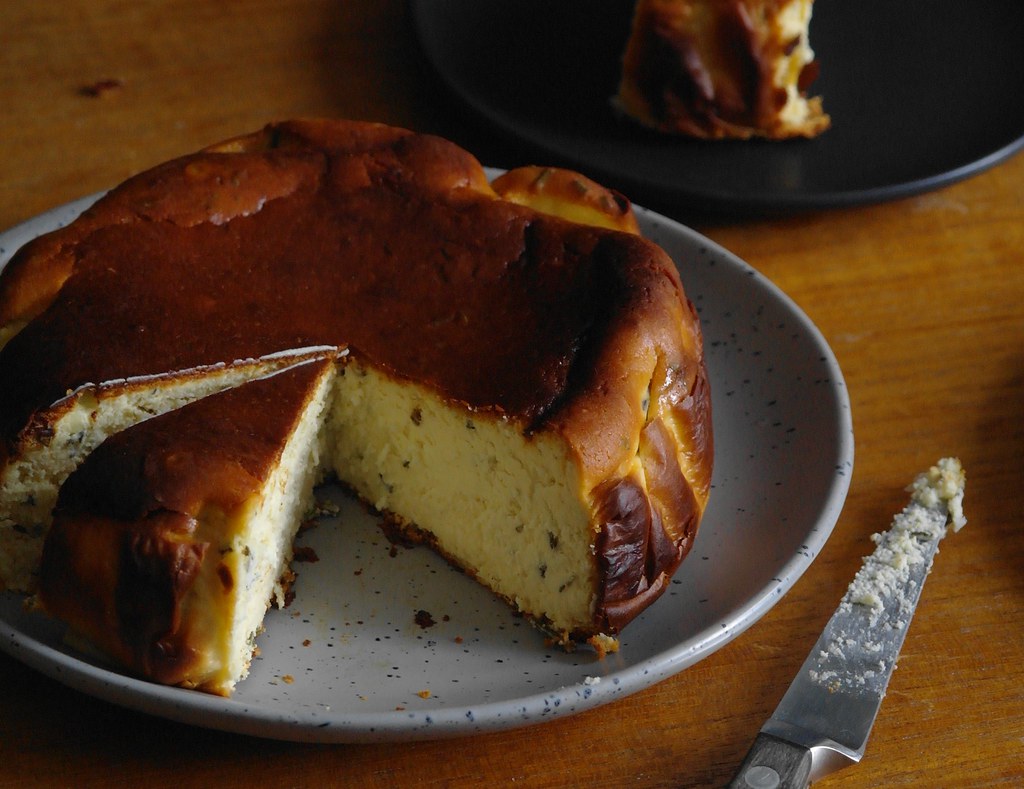 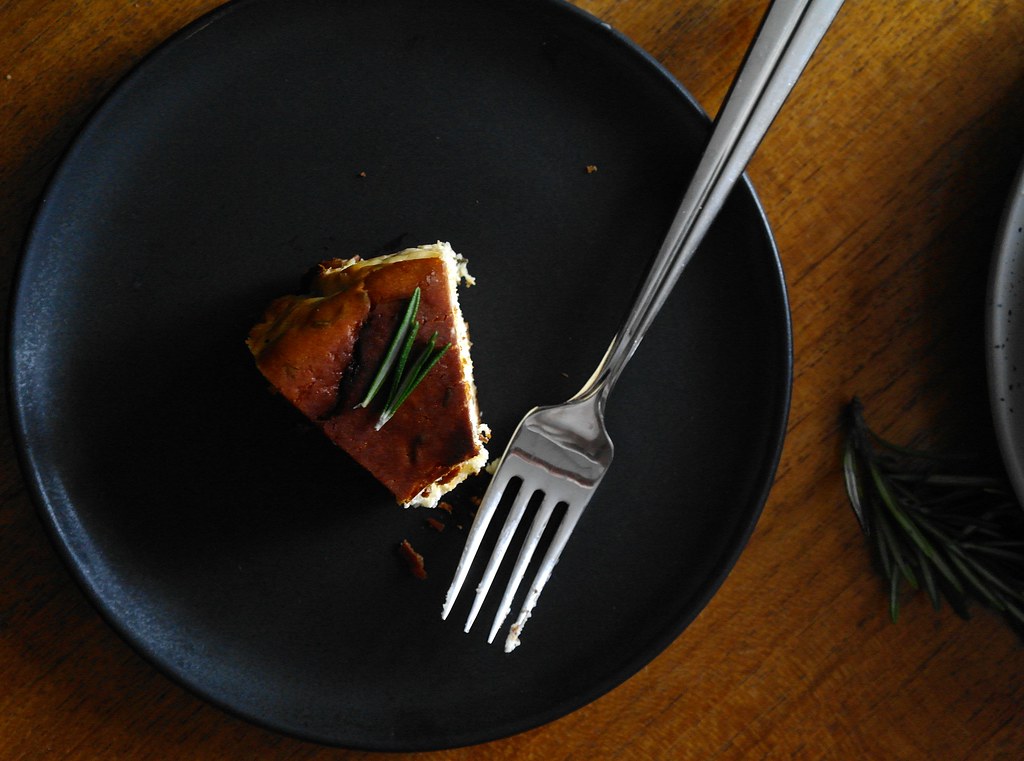 Basque style cheesecake, also known by the very accurate moniker of “burnt cheesecake” casually defies the usual conventions of cheesecake wisdom: i.e. the low temperatures and water bath and smooth, even cooking. Instead it’s all about the burnt and burnished surface and rustic puffed edges generated by a high temperature bake unhindered by any water bath whatsoever. It’s so glowingly described by Lili on her blog Lili’s Cakes that I had to give it a try.

Also – did I mention – no water bath!

Both visually and in taste the burnt crust lends the cheesecake so much character. And if you keep it wrapped in the layers of parchment paper that it’s baked in, the singed edges waft a bit of smokiness every time you unwrap the cake. I added in a bit of this and that for a flavour combination with interesting contrast – the orange blossom water is perfumed and floral; the rosemary gives it a startlingly savoury edge. 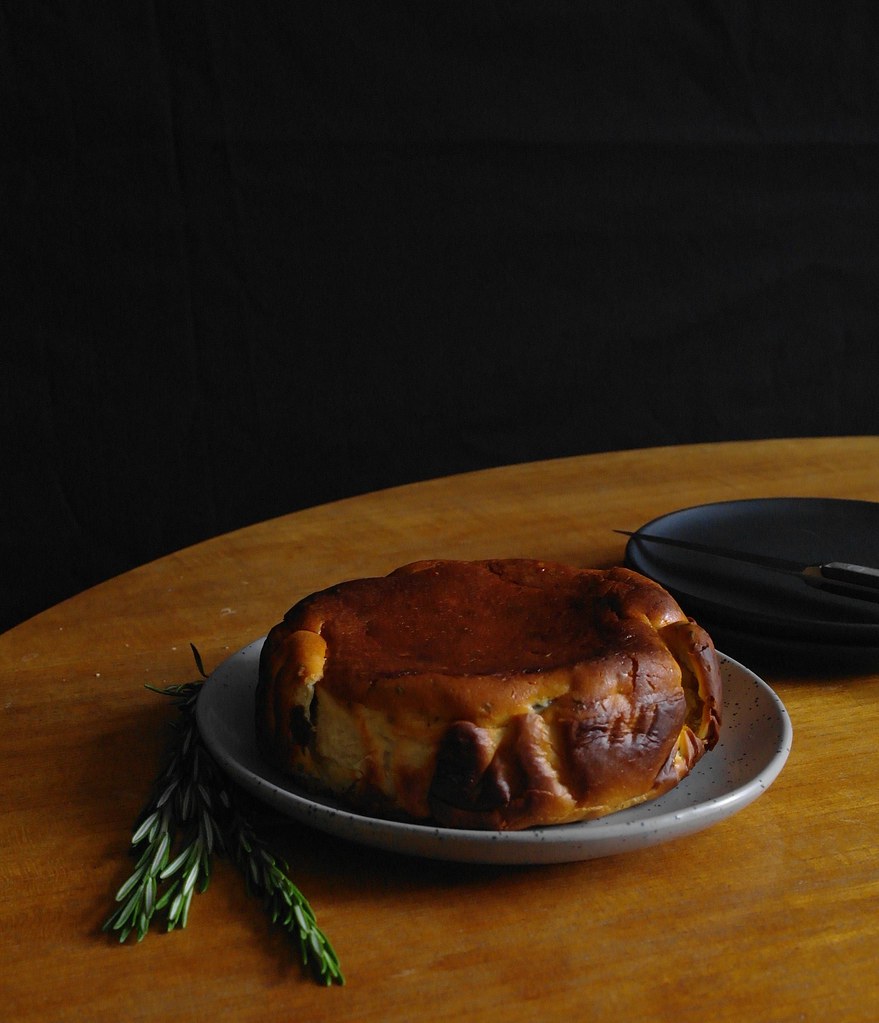 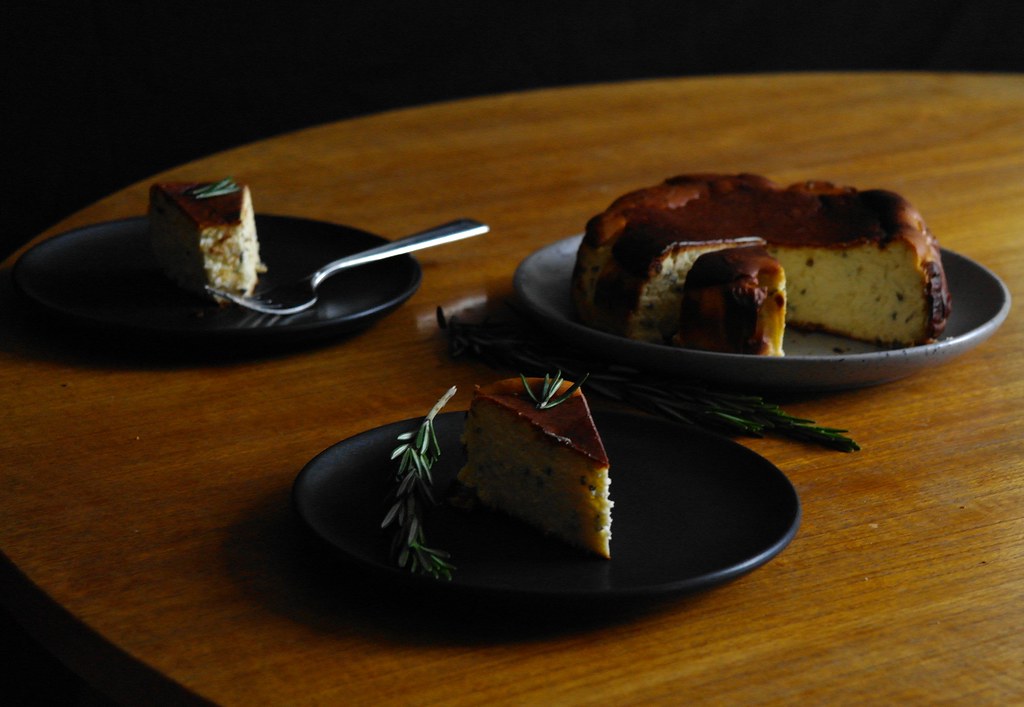 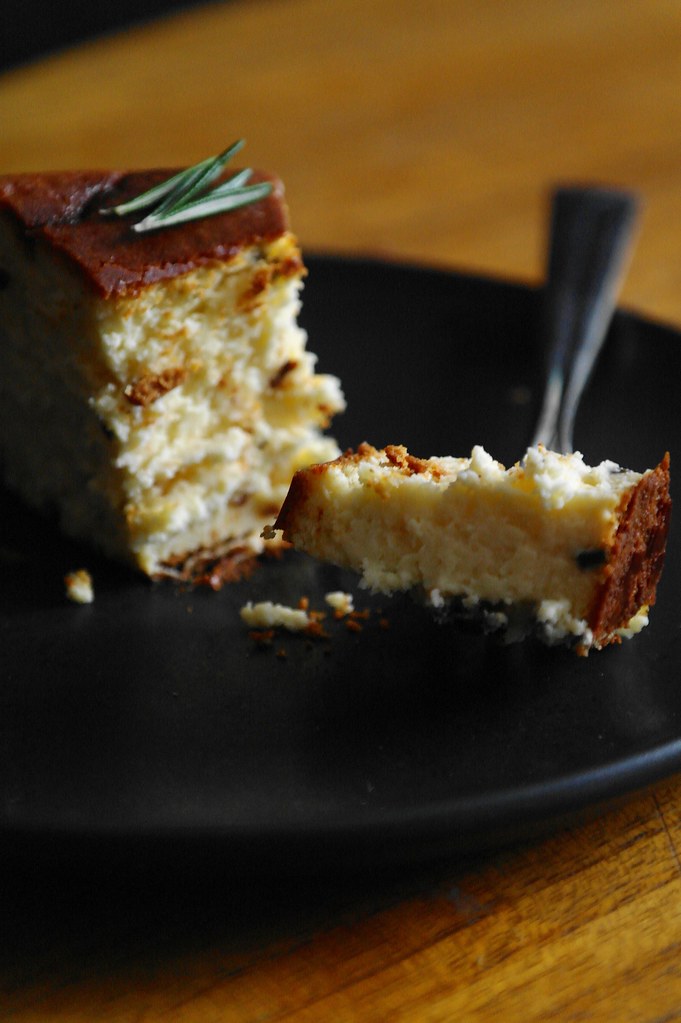 As far as texture, the cheesecake bakes up wonderfully dense, though unfortunately I overbaked mine; you can see the coarseness to the crumb in the photos. Despite that I still loved it, though I’ll have to wait until the next time I try before I can comment on the reported smoothness of cheesecakes baked by this method (but from what I’ve read – very creamy and smooth!).

The overbaking originated in some oven issues where my oven ended up at only 300F for the bulk of the bake, a temperature not so consistent with burning. Consequently, I baked the cake for quite a bit longer, but can’t wait to try it again with a proper baking protocol. I’ve seen some with a soft, even oozing centre which might be interesting to try, though I suspect I prefer something that holds its shape a bit more. 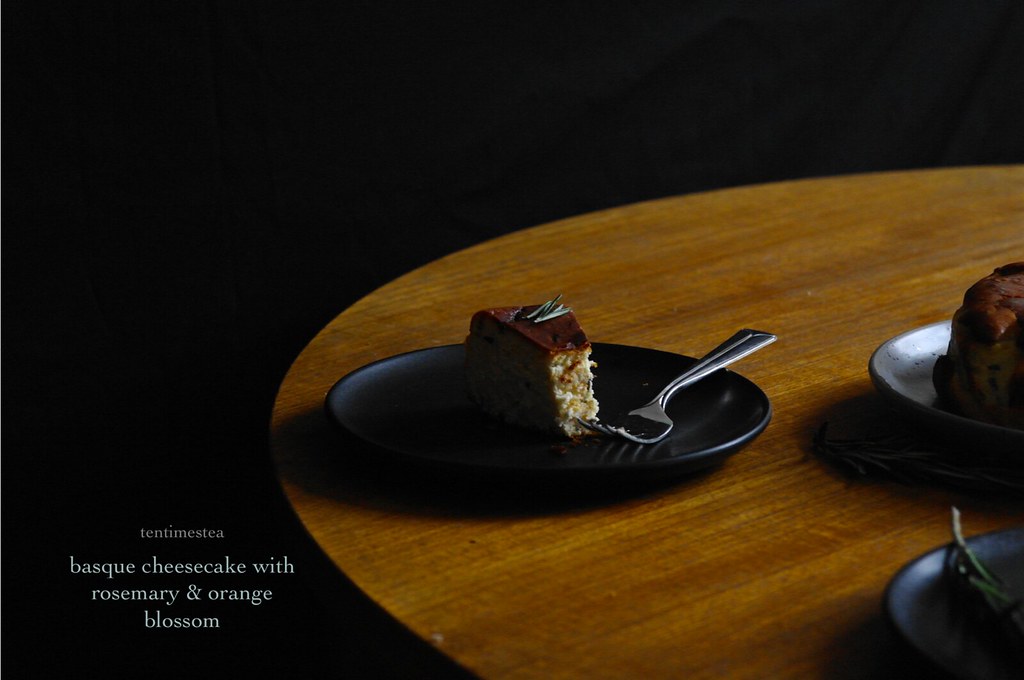 Preheat the oven to 400F. Use two squares of parchment paper to line a 7″ springform pan by pressing in the sheets into the pan. I trimmed off some of the excess parchment paper so it was even all the way around – it may be easiest to do this after the batter is in the pan and weighing down the paper though.

Rub the rosemary into the sugar with your fingertips until fragrant.

Scrape into the prepared pan. Bake around 30 minutes or until a deep brown on top – I did have some oven problems at first (it turned out my oven was actually at 300F – not so conducive to burning cheesecake!) and so ended up baking mine for a longer at 450F at the very end – I will update the baking recommendations once I give it another try! The cheesecake should still have some good wobble in the centre. Let cool and chill overnight before eating.

While the cheesecake is recommended to be eaten at room temperature, like Lili says, I also prefer mine cold.