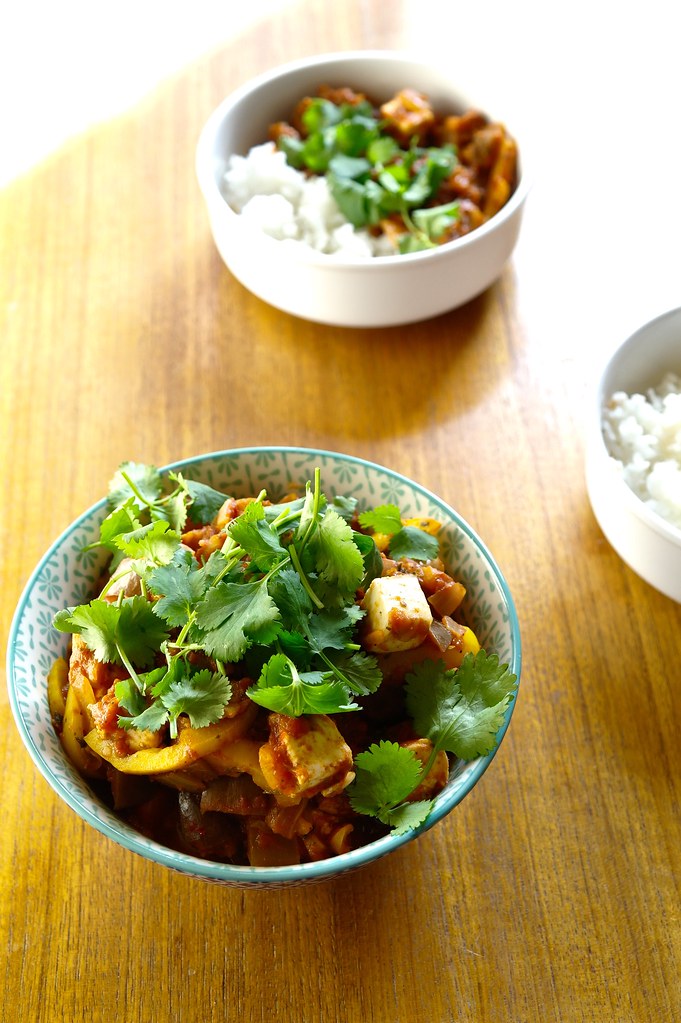 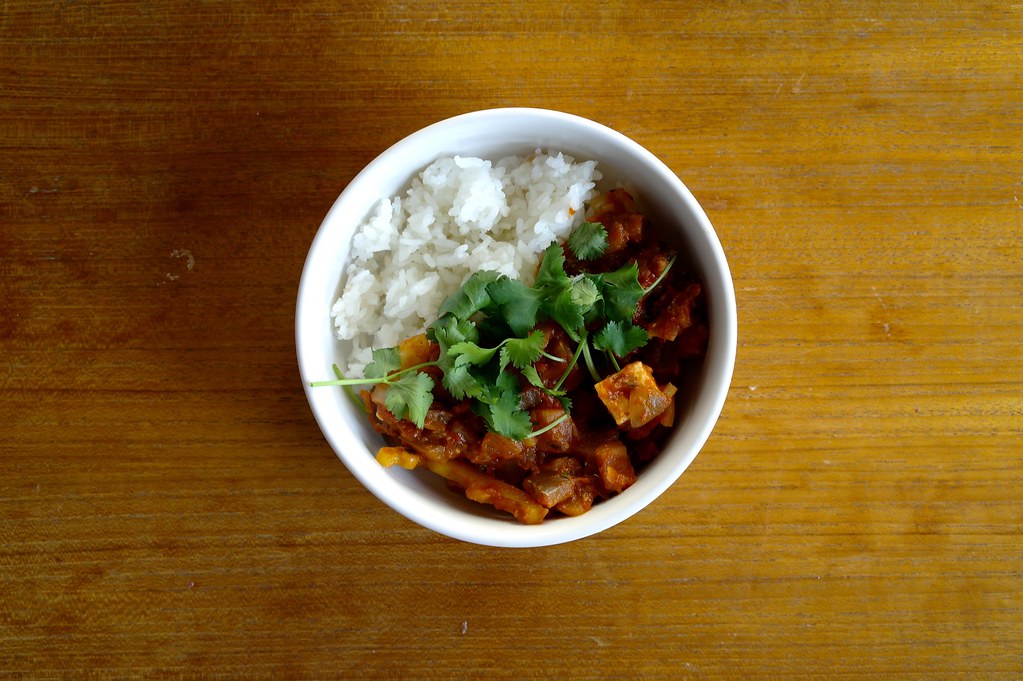 I haven’t been blogging too much for the past little while, but of course I had to make sure I posted in time for Lina‘s monthly March challenge of North Indian curries. I chose kadai paneer because I’ve wanted to try cooking with paneer for a while. Using a fresh cheese as the main component of a dish is something very new to me and I wasn’t sure what to expect. 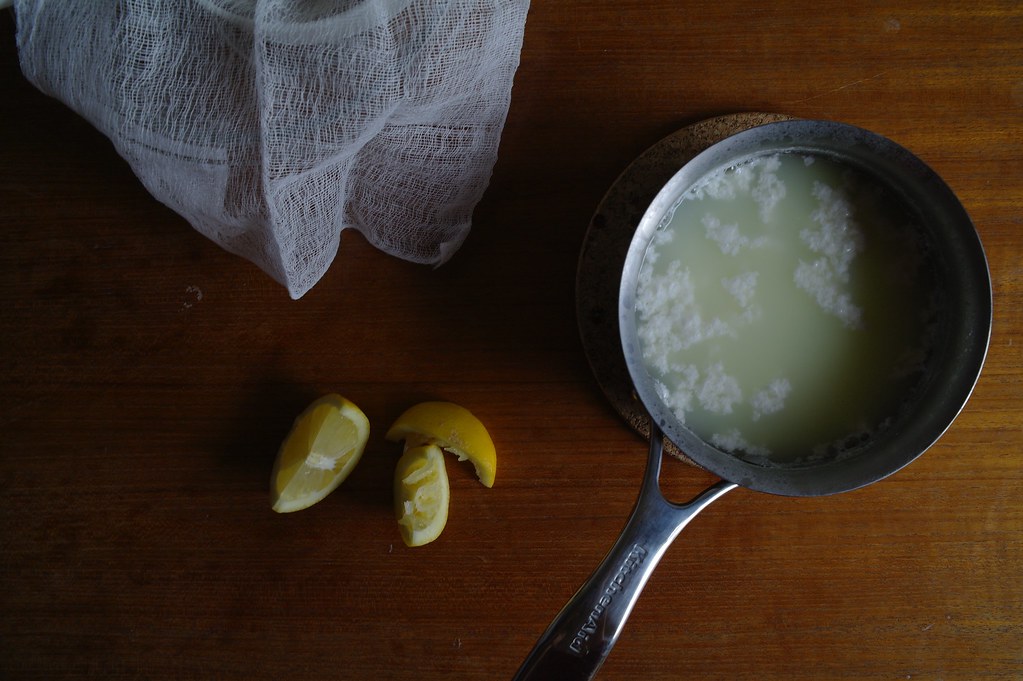 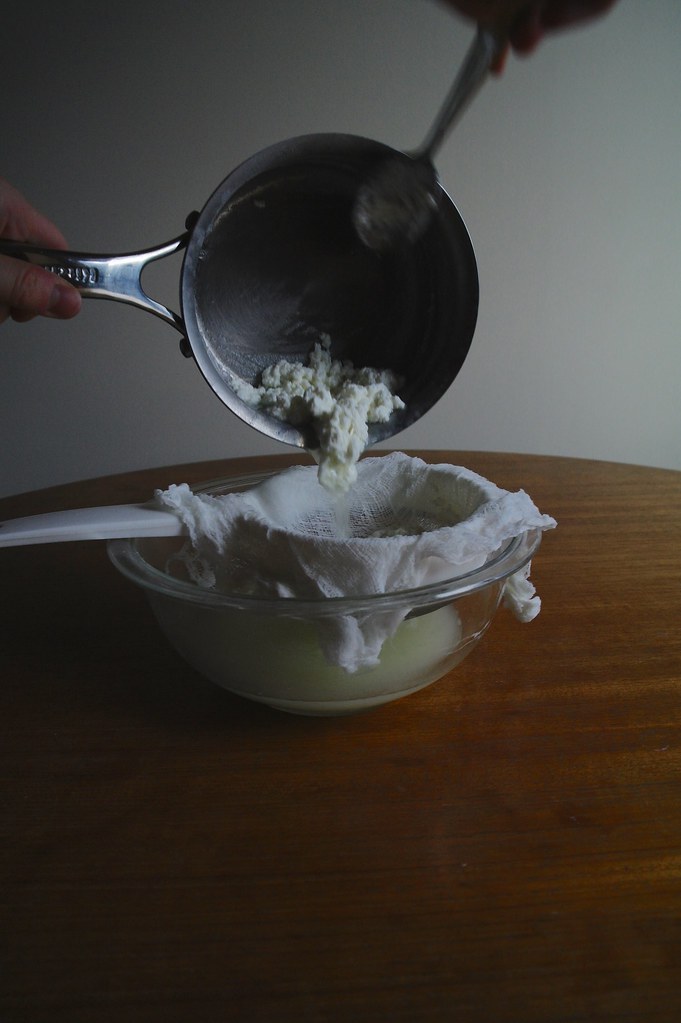 I really enjoyed it. The paneer has a very clean and fresh taste, and a firm texture that softens a bit once it is heated up. It’s like cooking with a very firm tofu–it’s not too strong tasting itself, but it provides texture, solidity, and a mellow taste.

Since I was at it, I thought I might as well make the paneer. The last time I made cheese was accidental (I was trying to make a goat cheese custard and curdled everything instead). This was essentially the same as that time, though now more purposeful: heat the milk with some acidic until it curdles. 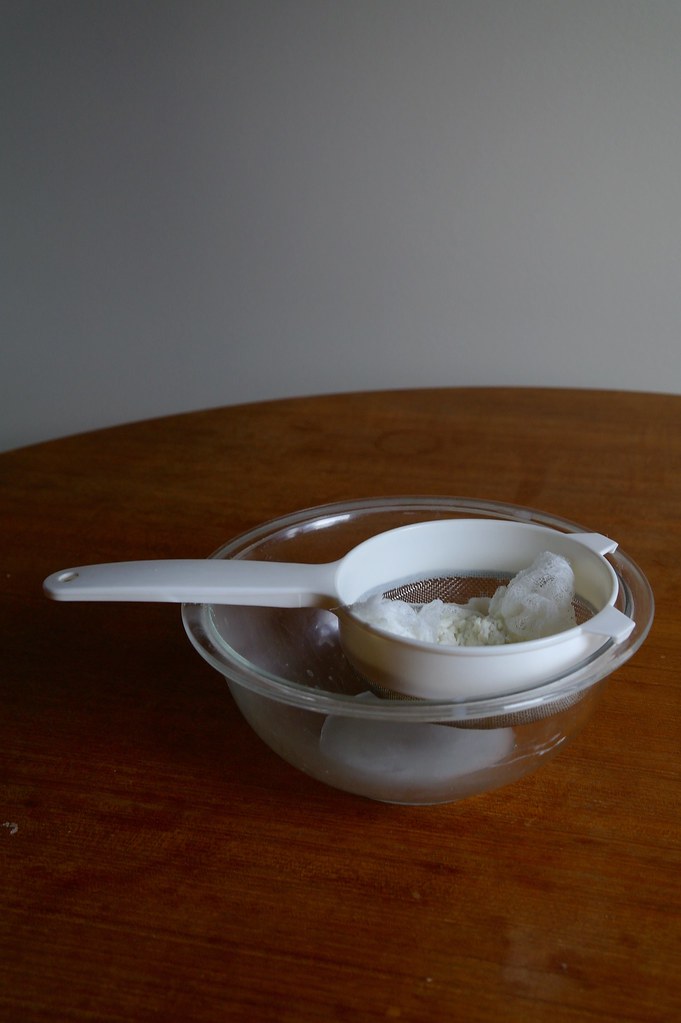 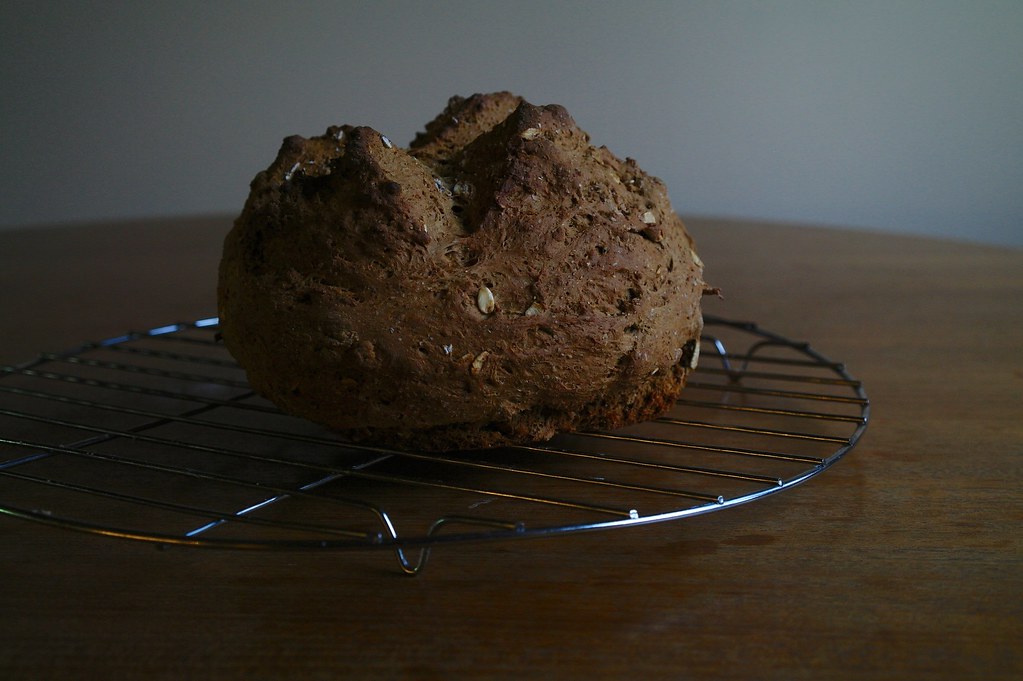 That being said, I don’t believe I’ll be making paneer regularly–I did not get too much out of 1 L of milk (and in my head I was comparing it to 1 L of custard so it felt like such a waste!).

Despite that, it was quite fun and I also got a loaf of soda bread out of it–adapted from this recipe shared by Jenny of Dragonfly Home Recipes–which I made with the whey (it felt like too much of a waste to pour it out). The soda bread is a recipe that I’ve had my eye on for a little while, and ah, after all this sourdough, it’s so lovely and quick to make a bake a bread right away. The crumb is very dense and tender and just a bit sweet from the molasses. 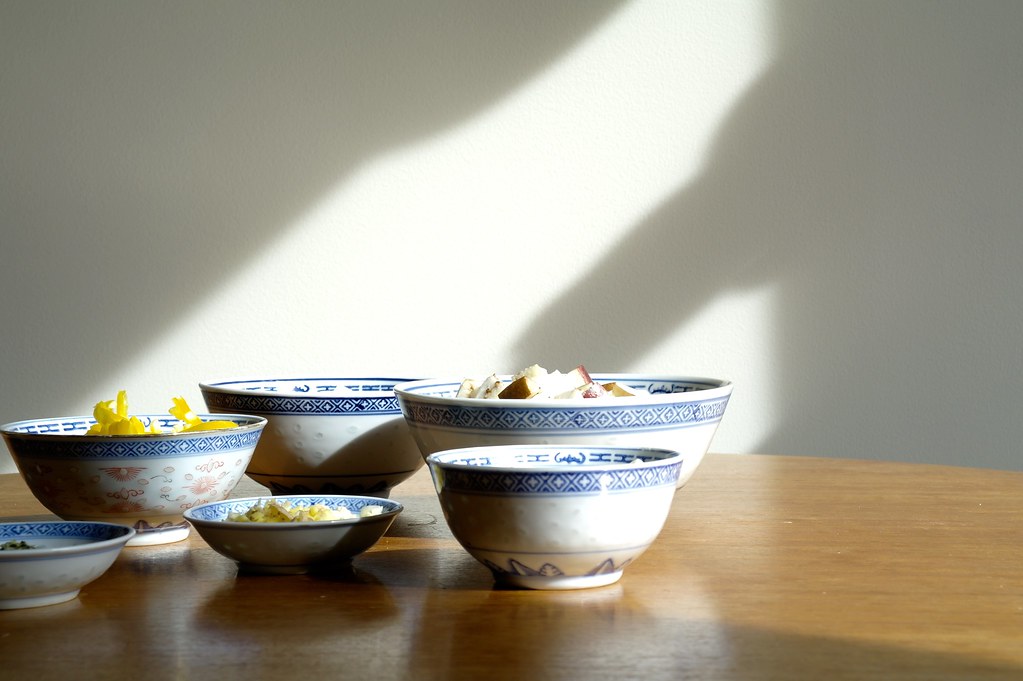 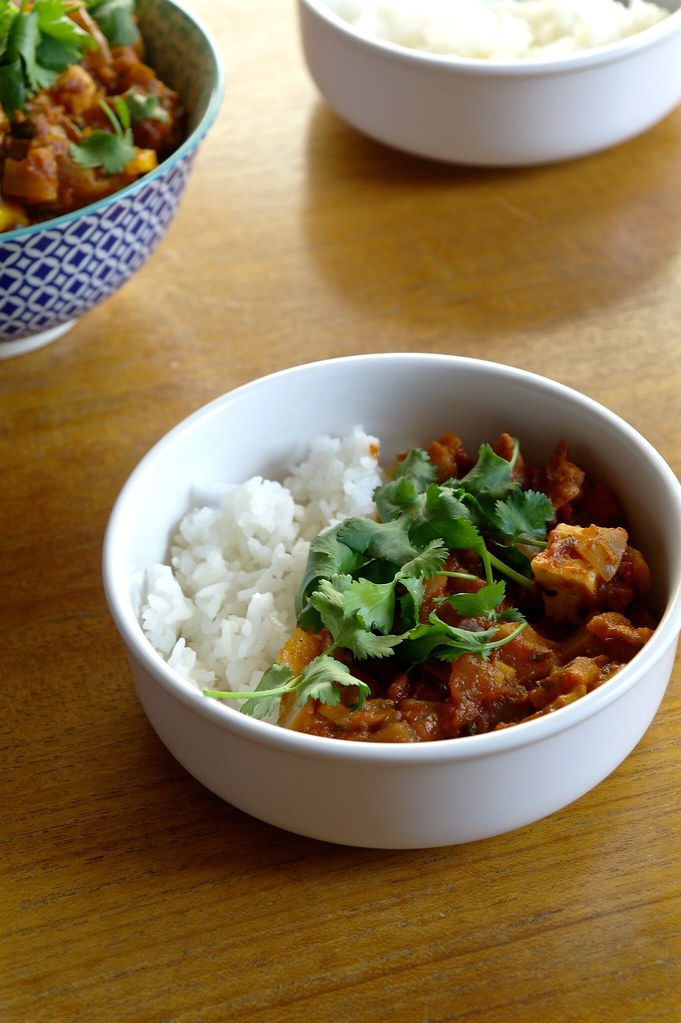 The kadai paneer is adapted from Veg Recipes of India‘s semi-dry kadai paneer and paneer, a very beautiful and comprehensive blog. 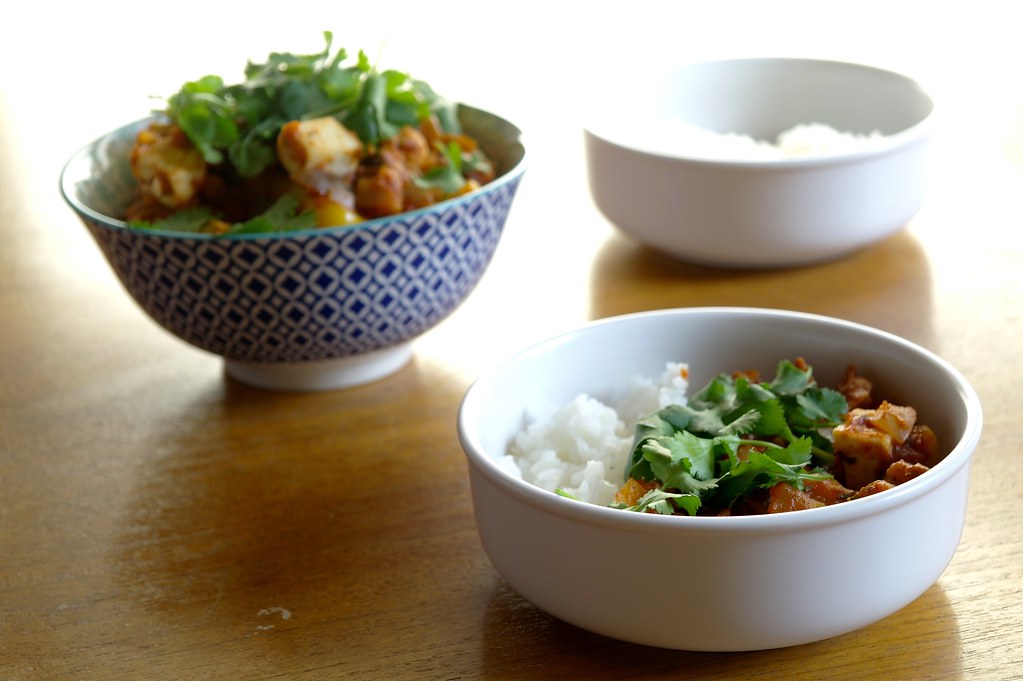 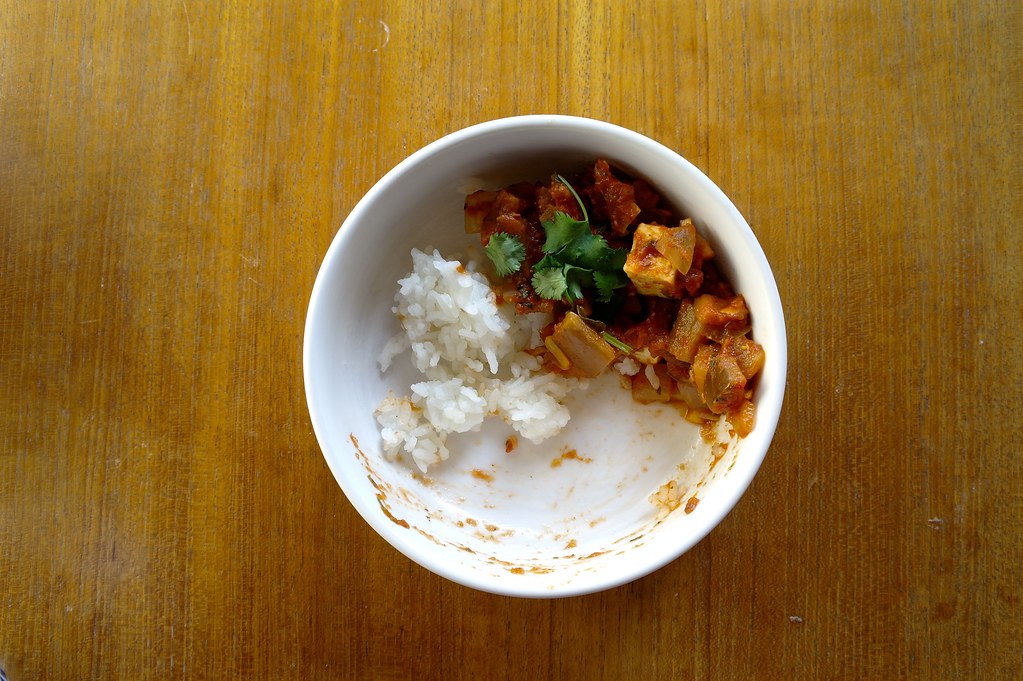 This is for Lina‘s monthly March challenge of North Indian curries. Parul and Sandhya have kindly offered to judge. I shall be visiting and commenting on some of the other beautiful and delicious submissions soon in a couple days, once this little busy streak subsides (for the moment, at least!).

kadai paneer with plenty of eggplant

Well, I wonder if I can still call it kadai paneer if it wasn’t made in a kadai. I used a sort-of wok (it has a flat bottom for ease of use on the electric stovetop, though that also seems to miss the point). It also has more eggplant than it does paneer. Adapted from Veg Recipes of India’s semi-dry kadai paneer and paneer.

Makes quite a generous amount.

To make the paneer, put the milk into a saucepan and heat until it boils. Squeeze in lemon juice while continuing to cook until the milk curdles. Remove from the heat, pour into a strainer lined with cheese cloth and let drain. Squeeze out the excess liquid, keep the paneer wrapped tightly in the cheesecloth, and set a weight over the paneer until cooled.

For the kadai paneer: Toast and finely grind the coriander seeds in a mortar and pestle. Heat some oil in a pan (of some sort–perhaps a kadai, a wok, or a frypan) and cook the garlic and ginger for a few moments before adding the onions. Cook until translucent. Briefly fry the red chile paste (add more oil if needed), then add the eggplant and cook until everything is evenly coated.

Pour the tomatoes overtop and continue to cook (add water to keep things from drying out), stirring regularly, until the eggplant is softened. Add the sliced capsicum and cook until it is just tender, then the garam masala, fenugreek and paneer. Cook for a few minutes to warm up the paneer.

Transfer to a serving bowl and top with generous amounts of chopped cilantro leaves. 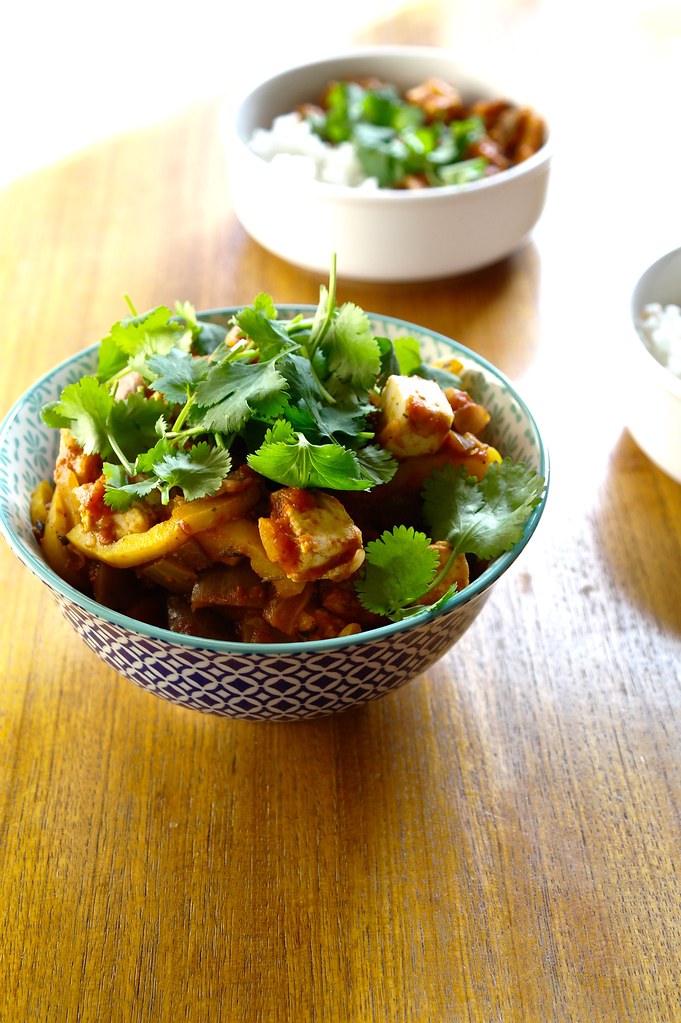