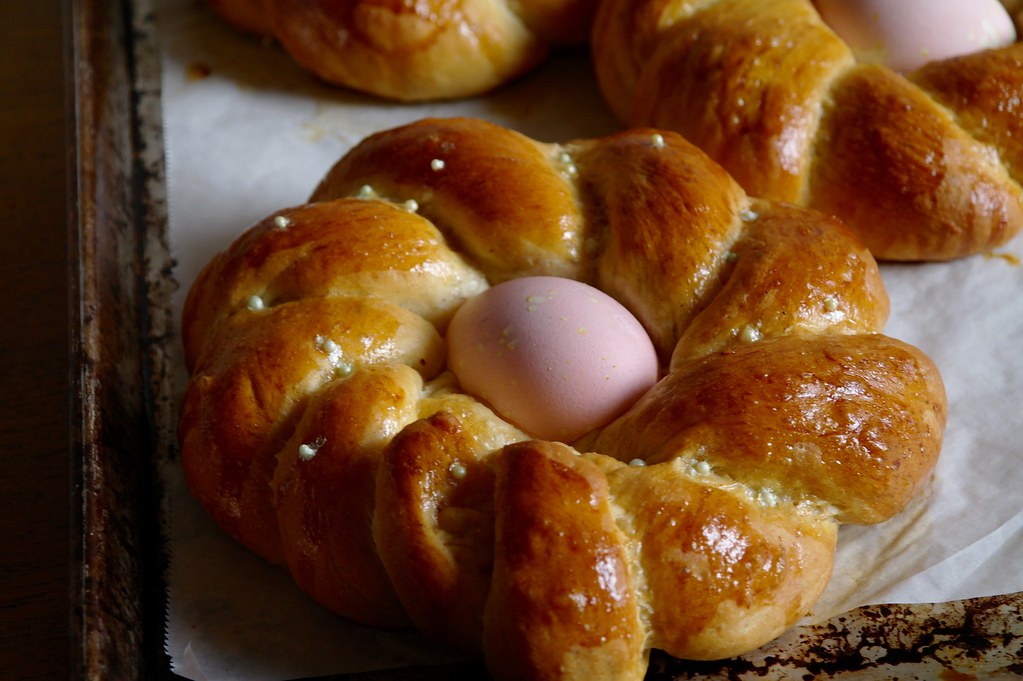 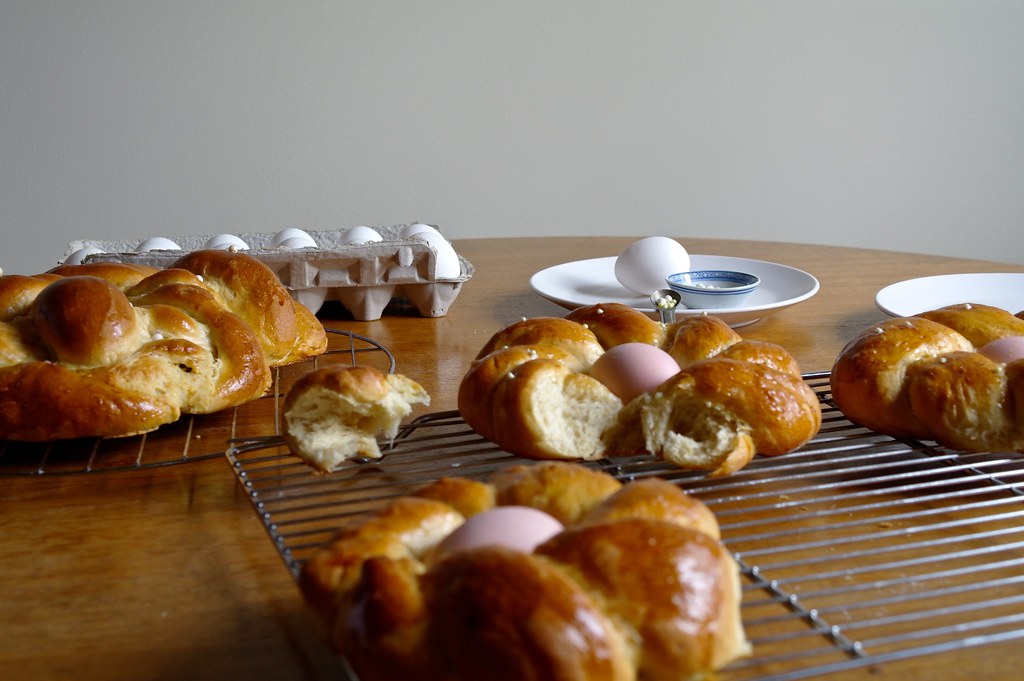 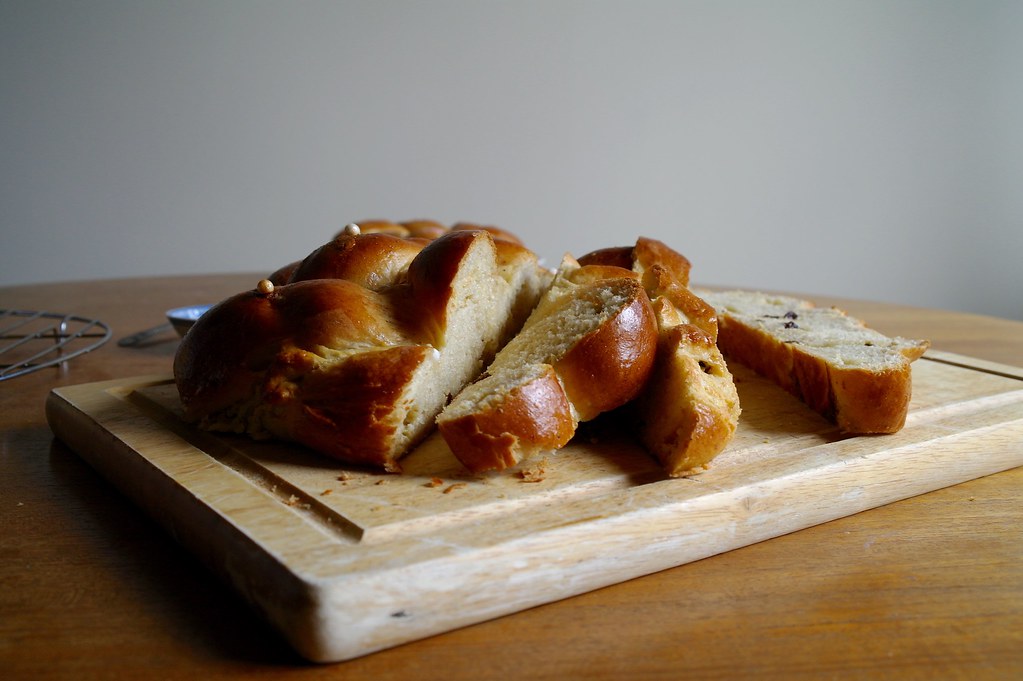 It has been perhaps a couple years since I last made bread using commercial yeast. It was like a dream – a dream of the most insanely active and bubbly sourdough starter that there ever was. The dough rose in an hour! I would look away, and then look back and it was already bigger. The second rise was even shorter. 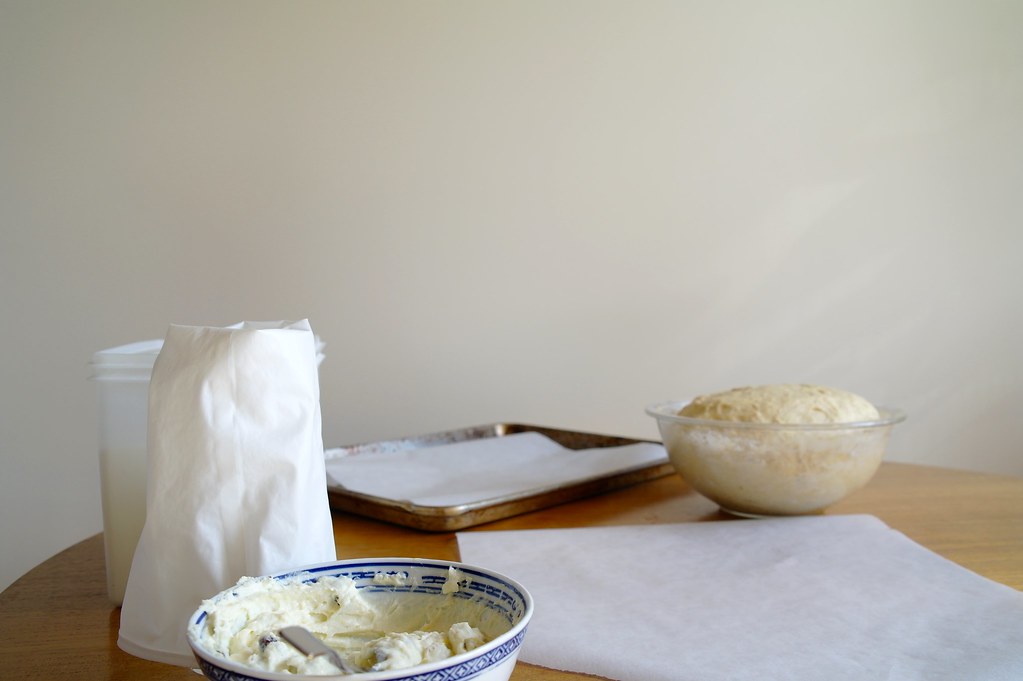 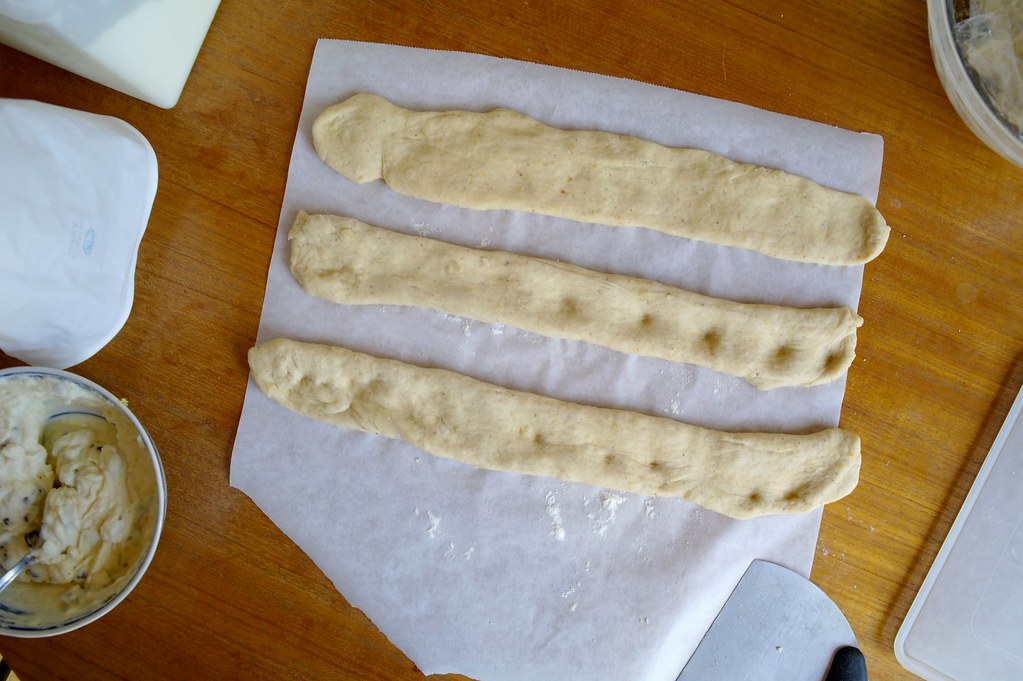 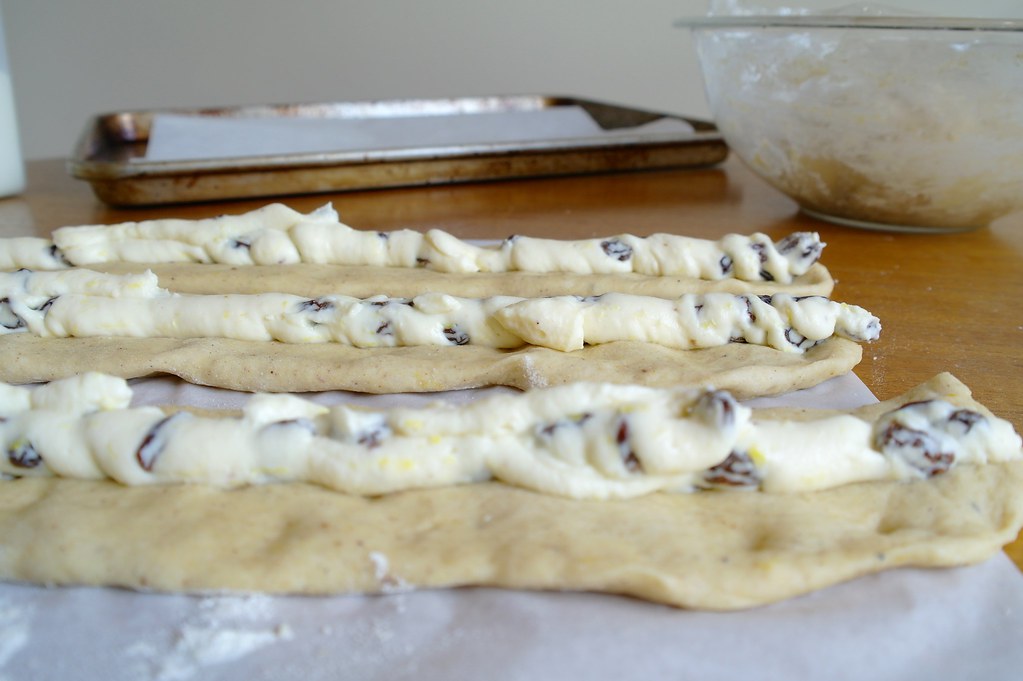 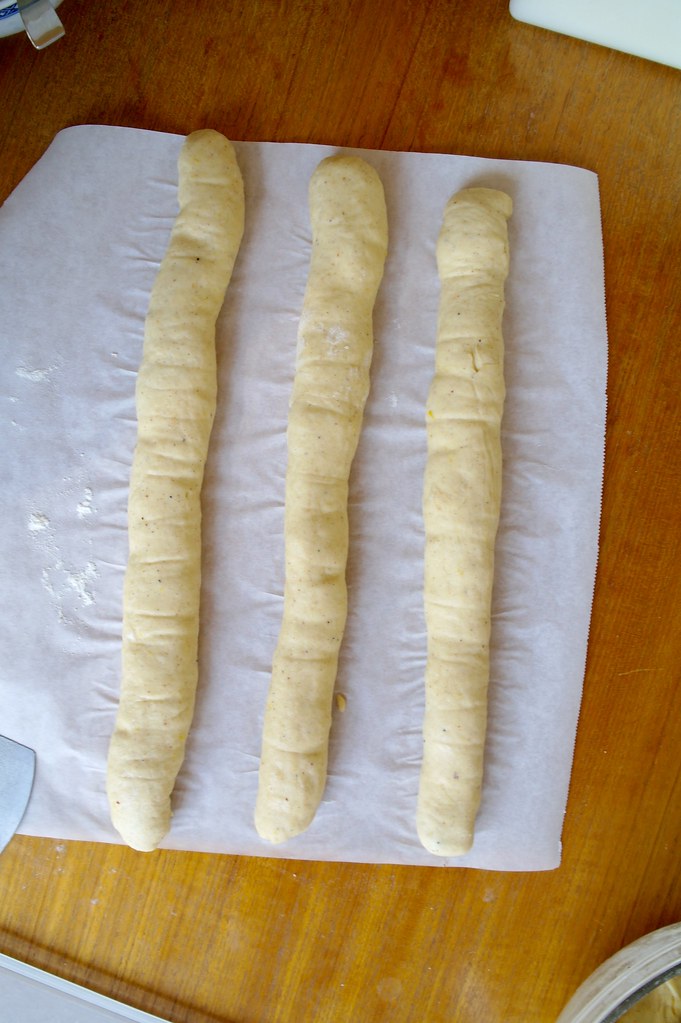 My sourdough starter has acquainted me well with long fermentations and rises at a snail pace. I’ve become fairly patient, but the need for an overnight start, then a 6-8 rise, and a last 4-6 hour rise means that it takes some careful scheduling to ensure it works out. 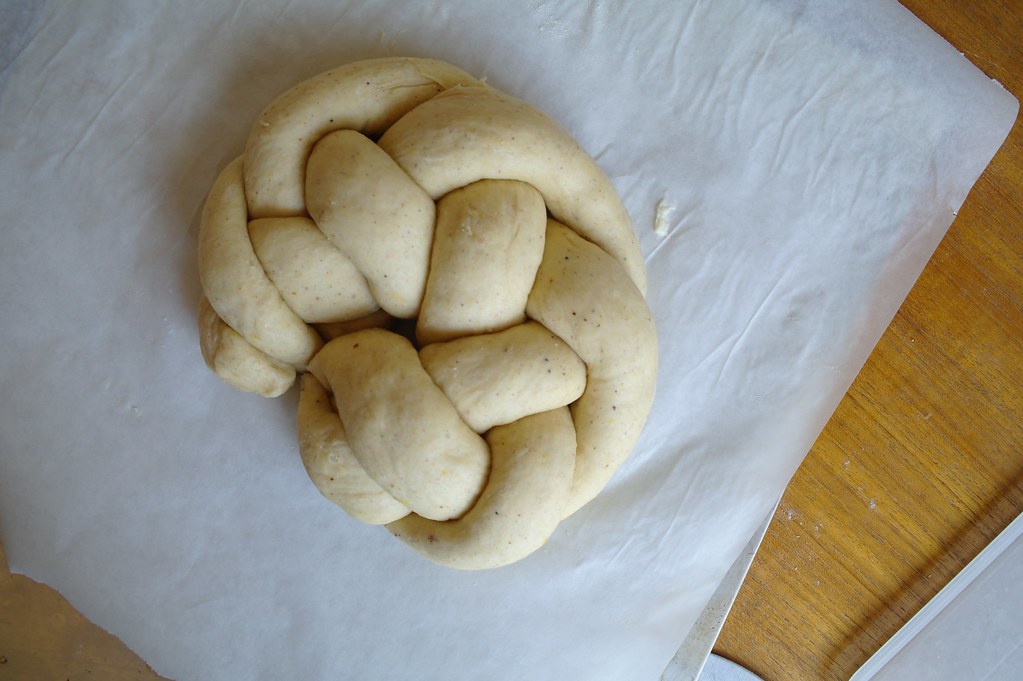 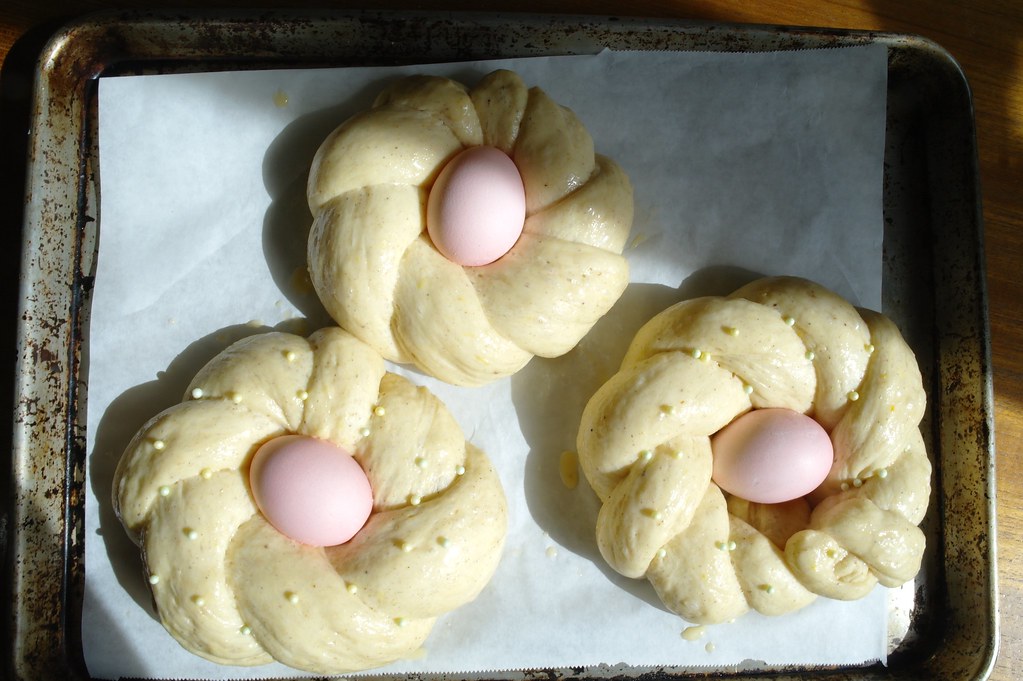 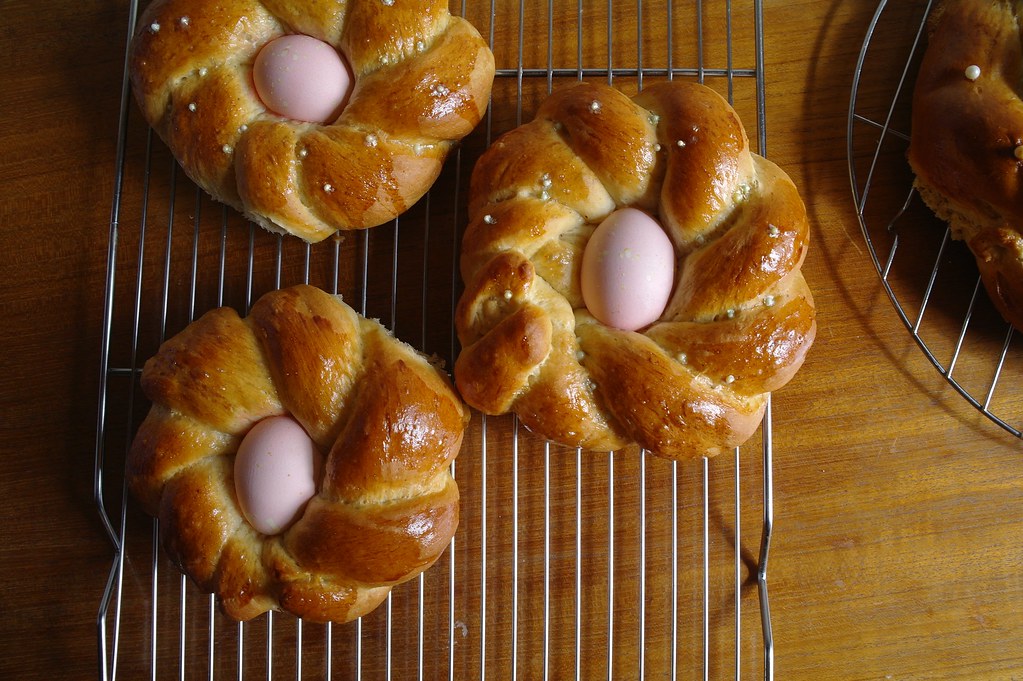 It was a couple weeks ago that I made a rye and caraway bread. It, by the end, had no gluten left to support the structure. You see, I intended to take out the dough, I ended up going out and forgot. For the next three days I was spending well over 10 hours away and so leaving my dough out overnight would result in a longer bulk fermentation than would be required. It needed to be a day where I ended early enough to come back, form the dough and set it aside for the final rise.

By the time that happened, the dough had spent five days in the fridge. It had puffed a little bit, but had also disintegrated (overly acidic sourdough starter problems again? still in hypothesis stage though…) 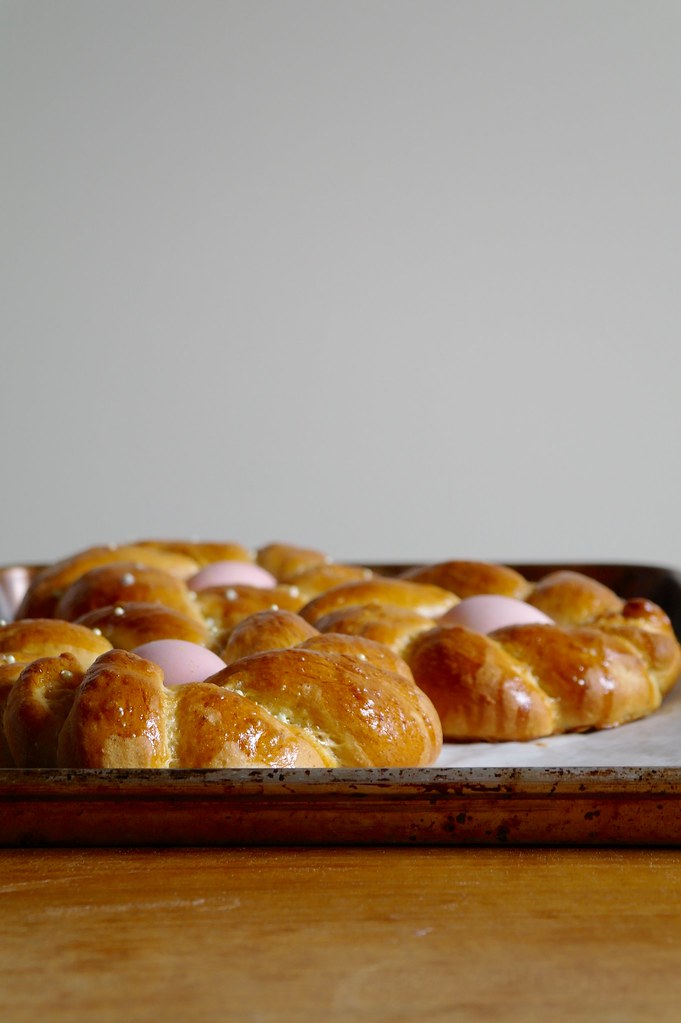 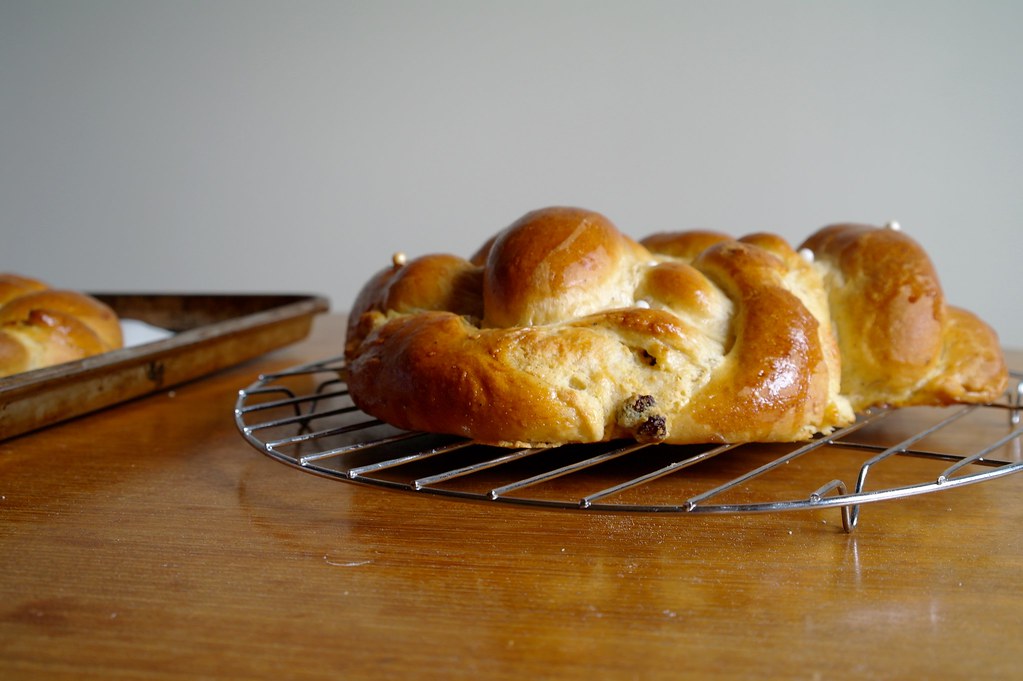 Slow rises aside, another problem? I tend to have a tougher crumb when I make sourdough. I’ve made breads with higher fat and egg content than this, and ended up with something much drier and tougher. This bread was fluffy and very soft and very tender. My grandparents expressed enough appreciation of the fluffiness to make me wonder whether they particularly like the sourdough I normally make.

And of course, there is the taste. I think just plain breads taste best with sourdough, but in my more sweet-oriented baking experiences, the tang of sourdough can be a bit too much – for example, the time I made sourdough baba au rhum. The combination of sweet rum syrup and a very strong tasting and acidic sourdough bread was not the best.

This is a bit dangerous actually–I already neglect my sourdough starter enough and having rediscovered the convenience and ease of commercial yeast…. 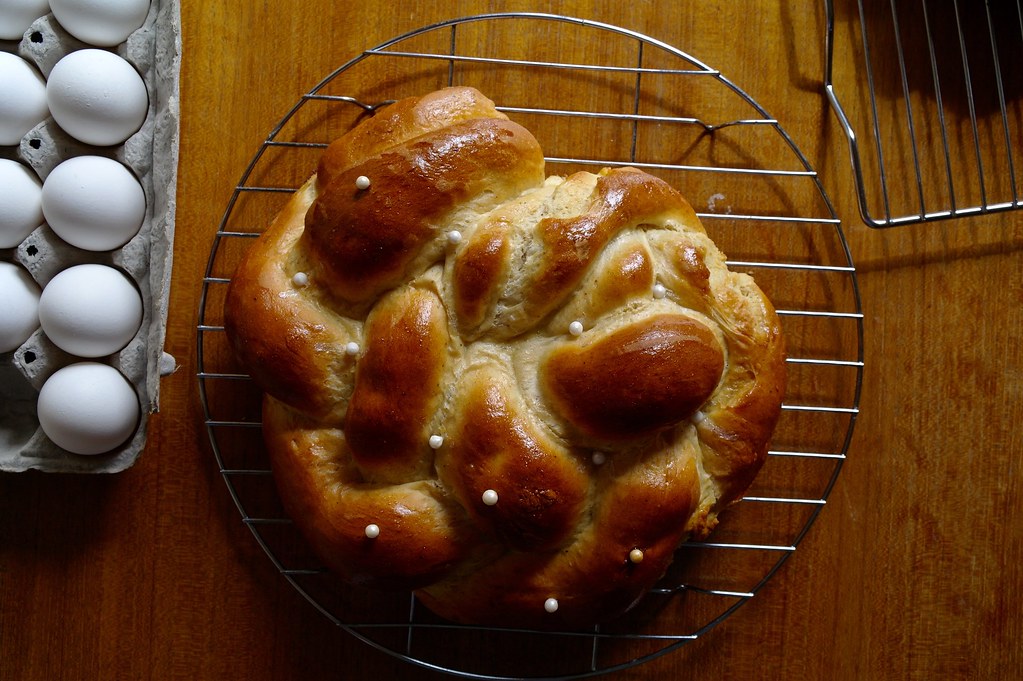 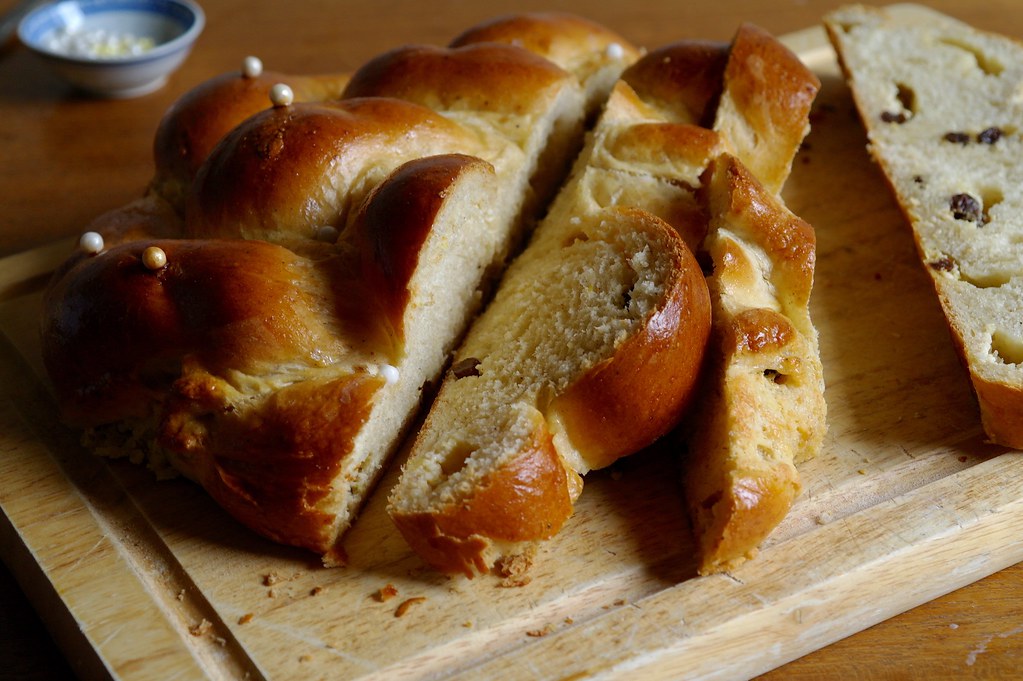 Anyways, I quite unequivocally recommend this bread. It is adapted, with some additions of lemon and spices, from the Italian Dish. The eggs have been coloured with sumac (sumac is my new favourite colouring agent–more to come on that in later posts!), and I also made a big mascarpone-and-raisin stuffed braided bread. The mascarpone cooks down, but the raisins are plump and the whole bread is rich. 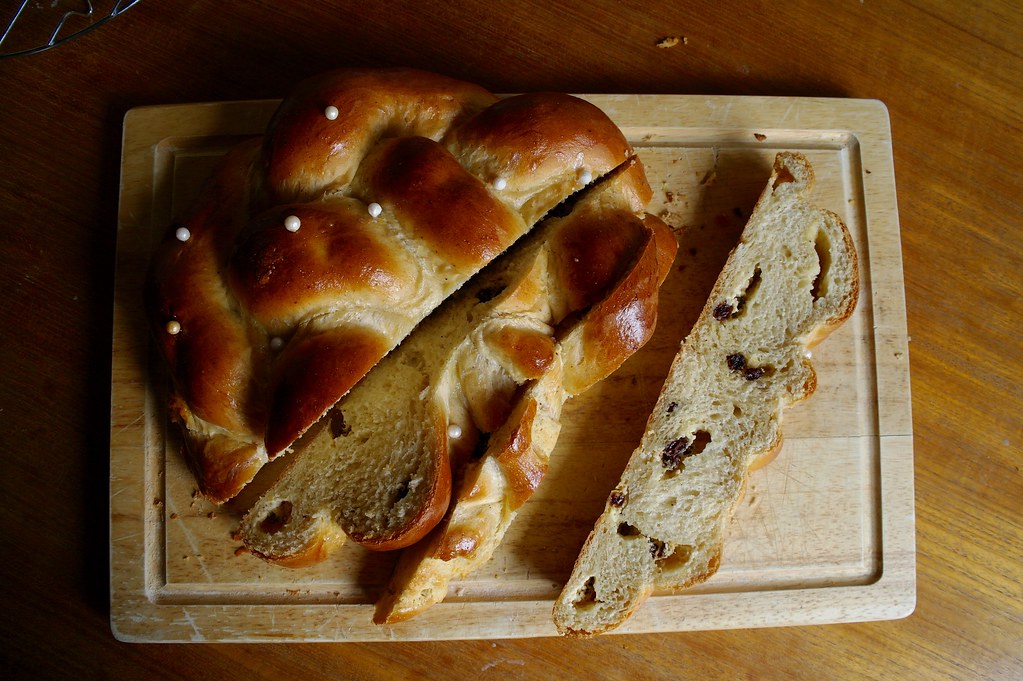 I’m bringing this bread to Angie’s marvellous Fiesta Friday. Angie is the most welcoming host I know. After all, she always puts on such a fun and warm party every week. Lately I have not been attending too much, so I’m glad to be back this week.

This week is cohosted by the absolutely wonderful Sonal from simplyvegetarian777…and me! So I hope to meet a lot of you–as I’ve sort of lost touch with FF recently, I think there are a lot of bloggers that I have yet to have encountered. 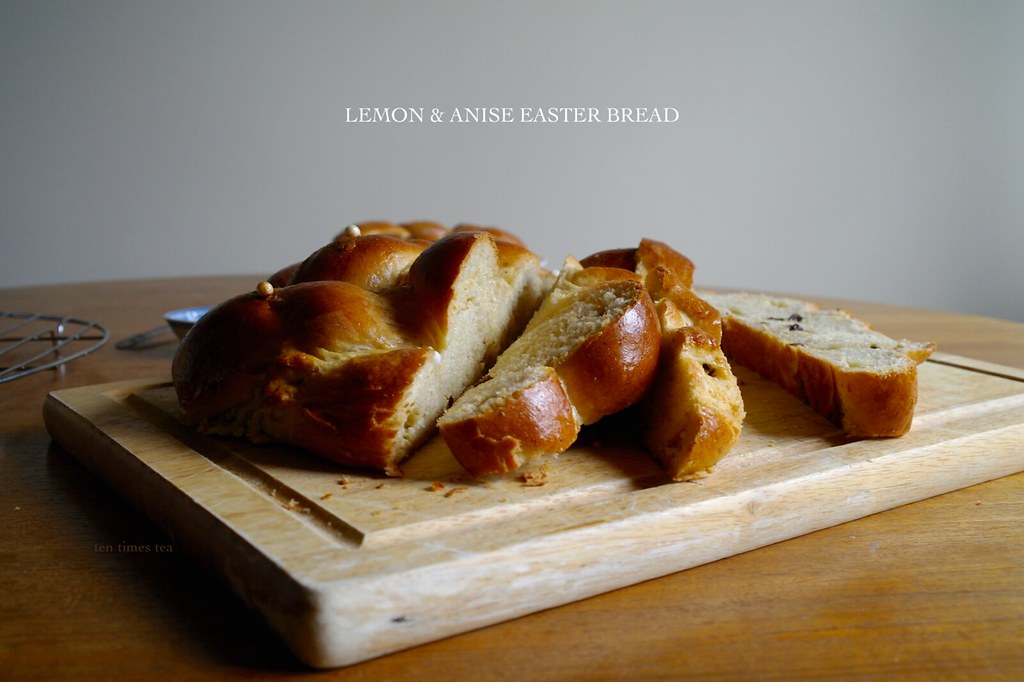 Adapted from the Italian Dish. Enough dough and filling for 3 egg breads, and one big mascarpone-filled bread. The nonpareils melted a bit and the dragées (which also happen to be marked as “only for decoration”) didn’t, so it is up to you!

sumac (or hibiscus would be another option)

1 generous capful of Sambucca (or Amaretto)

To make the dough, mix the milk and vanilla together. In a bowl, combined the salt, lemon, anise, nutmeg, sugar, kamut, and 150 g of the flour. Beat in the milk and eggs. Add the butter and beat until combined. Then mix in flour as needed to form a nice soft dough that is on the sticky end of tacky.

Let rise for around one hour or until doubled.

While it rises, prepare the eggs. Heat up enough water to cover the eggs and a spoonful of sumac in a saucepan. Let the water cool before submerging the eggs. I let them steep for around two hours before removing and drying off the eggs.

Also prepare the filling. Combine all the ingredients except for the raisins and beat until smooth. Let the raisins soak in hot water for 5 minutes to soften before draining and adding to the filling.

Use half the dough to make a big mascarpone-filled bread. Divide the half portion of the dough into three pieces and roll each into a long snake. Flatten each into a wide strip (the wider, the easier). Fill a piping bag (use a big tip or no tip to let the raisins through) and pipe a stripe of filling over each piece of dough. Wrap each one up to completely encase the filling. Braid the three strands gently and form into a circle or spiral. Place on a baking sheet, cover loosely with plastic wrap, and let proof for an hour or until nicely puffed.

Use the remaining half of the dough to make three egg breads. Divide the remaining dough into 6 pieces. Roll each into a thin snake. Twist two of them together and then form it into a circle. Repeat for the remaining 4 pieces of dough. Place on a baking sheet, cover loosely with plastic wrap, and let proof for an hour or until nicely puffed.

Just before baking, brush each bread with beaten egg and scatter with some dragées if desired. 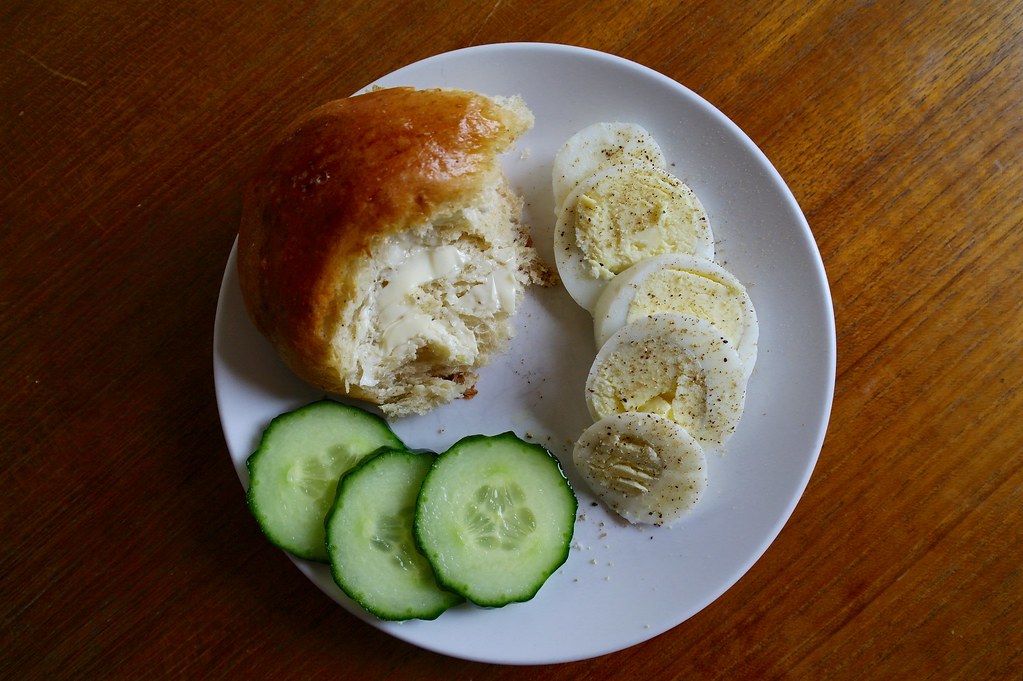