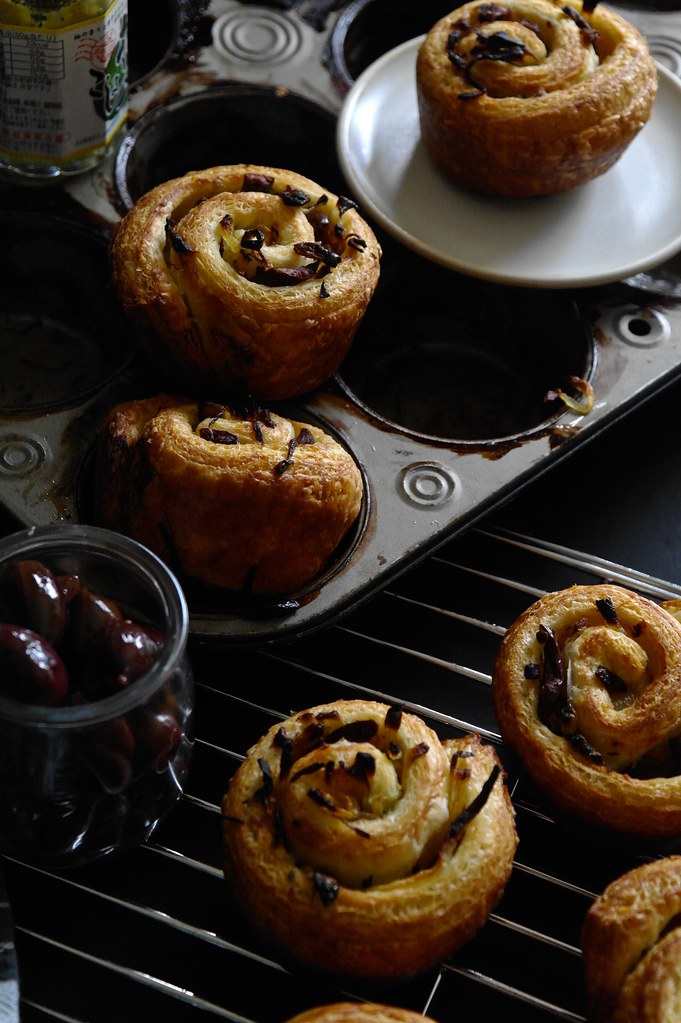 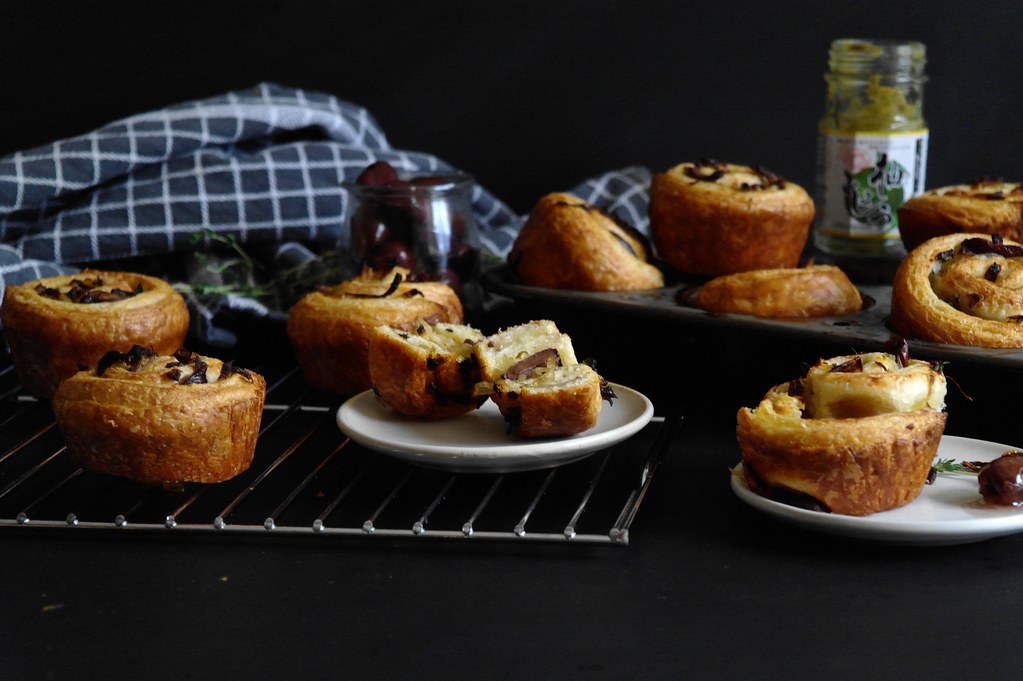 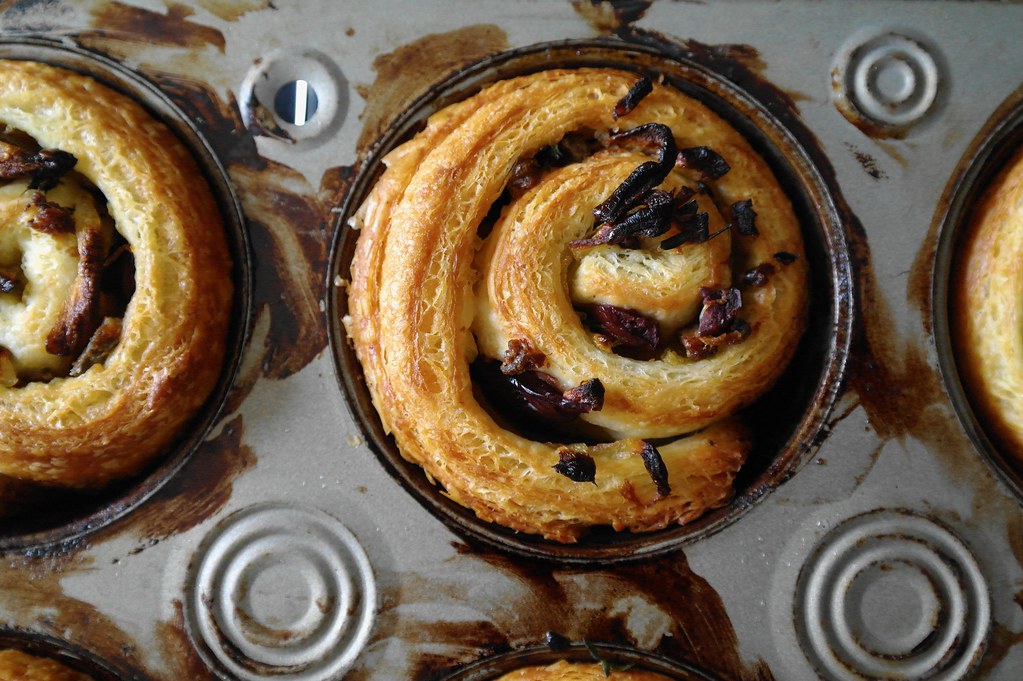 Let’s begin with the evidence. It’s sometimes possible to pick and choose what study you cite to support a pre-chosen argument, which is not how we should make “evidence-based decisions”! When there’s variation in the literature, we can instead consider either the overall message from the literature, or we may need to look more closely at differing data to decide which data is most applicable to our specific circumstances. This news article explores the available data and concludes, as succinctly expressed in the article title, that there is “no consistent evidence body cameras reduce police violence”. I did a bit of searching myself (please note, only a bit so I may need to revise this later!) and the most expansive study I came across, this meta-analysis (a type of study which is–controversially–regaled as the pinnacle of the evidence pyramid) reported that there was no significant impact on reducing police officer’s use of force.

On the other hand, I have heard anecdotes of body-camera footage being used to prove excess use of force by police officers in investigations (though I haven’t been able to find any data about that so far with my terribly rudimentary searching skills!). But it’s also important to point out that typically officers are given discretion over turning on and off their cameras. This is something likely unavoidable – one such reason for this is explained in the 2014 Police Encounters with People in Crisis by Justice Iaocobucci, that “some people in crisis who suffer from paranoia, delusions, or similar symptoms may have their anxiety levels increased by the presence of a camera” and hence turning off the camera may be required for deescalation. A consequence of that discretion is a lack of incriminating footage does not ensure the absence of wrongdoing. Further, as pointed out the in 2018 Use of Force in the Calgary Police Service by Justice Wittman, recordings can only go so far if there is already bias in investigation processes as the “recording of an event […] doesn’t tell the whole story.” 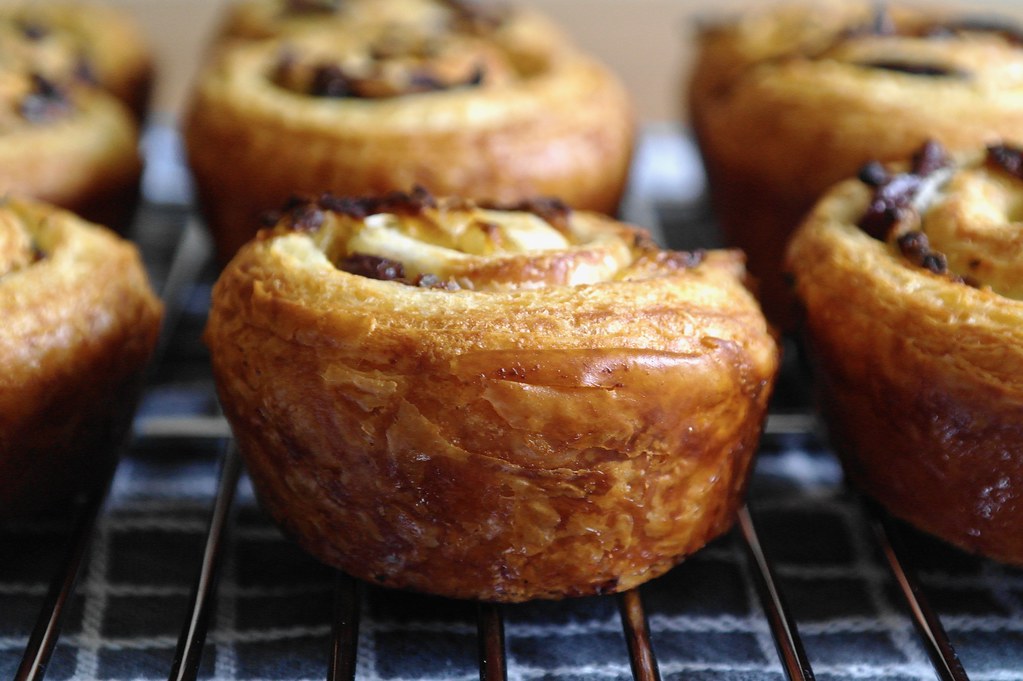 And what about downsides to body cameras? Concerns have been expressed about the potential for body cameras to expose already excessively surveilled populations to even more surveillance and privacy concerns.

The small (if any) benefit of body cameras also comes at a large financial cost. The 2014 Independent Review Police Encounters with People in Crisis by Justice Iaocobucci pegged the cameras at $700-1500 each. Aside from outfitting the officers, he pointed out additional costs for “developing an appropriate privacy and data security protocol, maintaining a database of recordings, and processing requests for access to the videos.” To put it all together, Tory’s motion estimated the city would be investing $50 million over the next ten years for body cameras.

Okay, okay so small potential benefit likely outweighed by large cost. But one more thing: if we want to reduce police violence, the most sure way is to reduce policing itself. In that regard, body cameras are not neutral. Critical Resistance has a fantastic tool to determine if a given reform works towards reducing policing by asking four questions:

As pictured in their chart, body cameras fail those four questions and can allow policing to continue at its current or expanded scope.

But perhaps what makes body cameras most dangerous is not exactly about body cameras themselves, but what they may displace: body cameras can be presented as a widely accepted accountability measure that is then adopted in lieu of measures that would have actually reduced the scale of policing…aka what recently occured in Toronto. 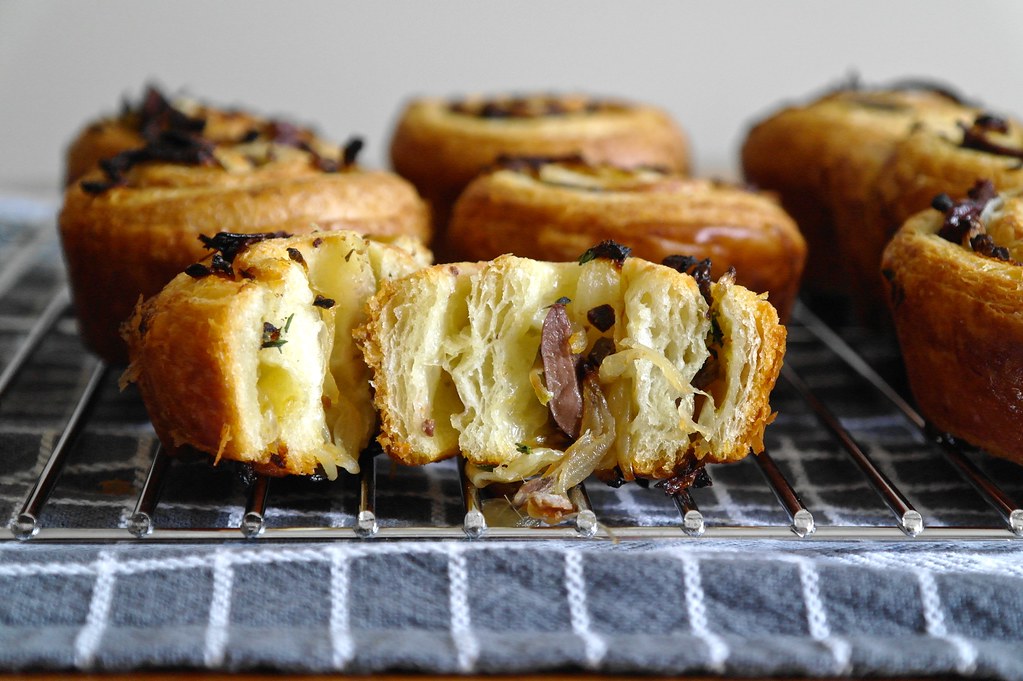 These danishes are based on the flavour profile of pissaladière, a savoury bread-tart sort of thing with golden onions, black olives and anchovies. I’ve added in yuzu kosho (a yuzu and chili condiment) which acts to check the remaining boxes of acid and spice. To read more about yuzu kosho and ways to use it, I’ll direct you to this page from the blog Just One Cookbook!

Baking rolled danishes creates a spectrum of texture: the outer edge is crisp, flaky, the inner softer and buttery. Compared to classic pissaladière, I’ve made this danish lighter on the anchovy – it keeps it a bit more subtle if you’re not a super anchovy fan, but if you are, do feel free to add more as per your preference.

The first time I made these danishes I baked them freeform. In the end I like the tidiness that a muffin tin gives them, but baking freeform works perfectly well. Just remember to tuck the end of each snail underneath the danish (something I neglected to do at the time) to prevent them from unwinding as they bake. 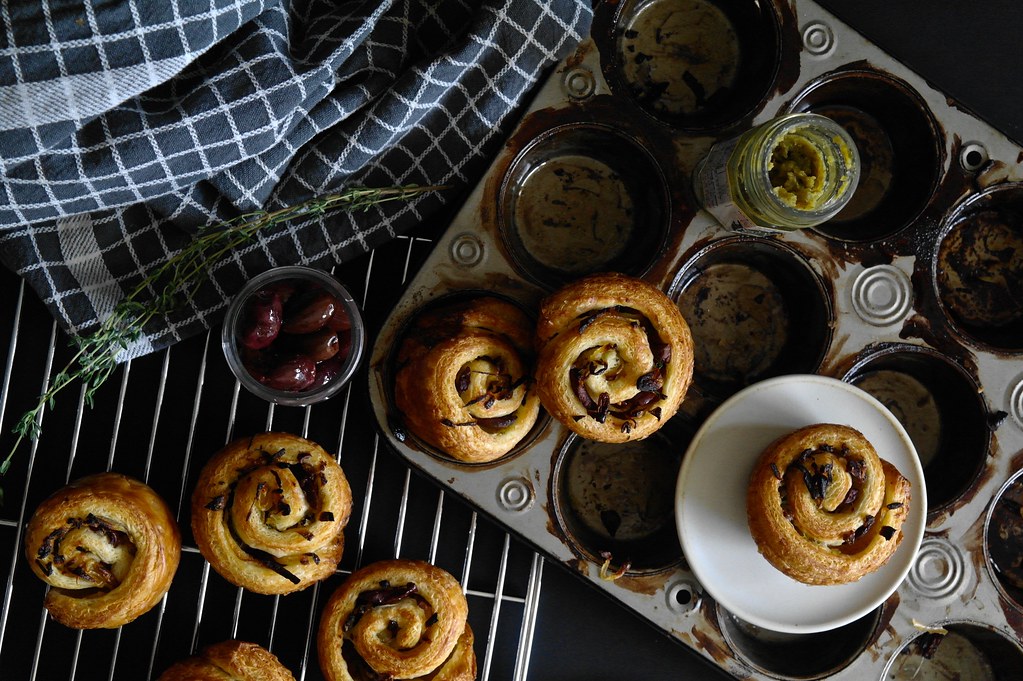 Inspired by the pissaladière flavour combination of onion, anchovy and olives.

For the filling, heat a bit of oil in a skillet over medium-low heat. Add the sliced onions and cook, stirring frequently, until they are golden and very soft. It may take 15+ minutes. Be patient and keep the heat low (and lower it as needed) so the onions don’t burn or dry out.

Whisk together the olive oil and yuzu kosho – it won’t make a smooth homogenous mixture, but this will make it much easier to evenly spread the small amount of yuzu kosho over a large surface area. Have all the other filling components ready.

Roll out dough to 36cm x 22cm. As the dough can become quite elastic, I find it best to roll out the dough partway, then wrap in plastic and chill completely for half an hour to allow the dough to rechill and relax before you finish rolling it out. Otherwise I tend to spend so long rolling it that it warms up and I lose all my layers… it sort of happened this time!

Trim the edges to make an even rectangle. Spread with the yuzu kosho olive oil mixture, leaving a strip along one long edge bare (where you will seal the roll). Scatter the onions, olives, anchovies and thyme leaves evenly overtop. Roll into a log, starting at a long edge.

Cut into 12 pieces, each 3 cm long. You should have 12 pieces – though somehow despite my measurements I only ended up with 11! While floss cuts the dough nicely, it can’t deal with the onions so it’s best to use a sharp knife for this! Place each piece in a muffin tin cavity. Try to push in any pieces of onion dangling out as they’ll burn. Cover and let rise around 1 1/2 hours or until puffed and beginning to fill in the muffin cavity.

Near the end of the rise, preheat the oven to 400F.

Once risen, put the danishes in the oven. After five minutes, turn the temperature to 375F. Bake for around ten minutes more or until the danishes are deeply browned, rotating the danishes partway through baking. Let cool a couple minutes in the tin, then carefully remove the danishes to finish cooling on a wire rack. Best eaten day of – if eaten on subsequent days, a quick warm-up in the oven helps!