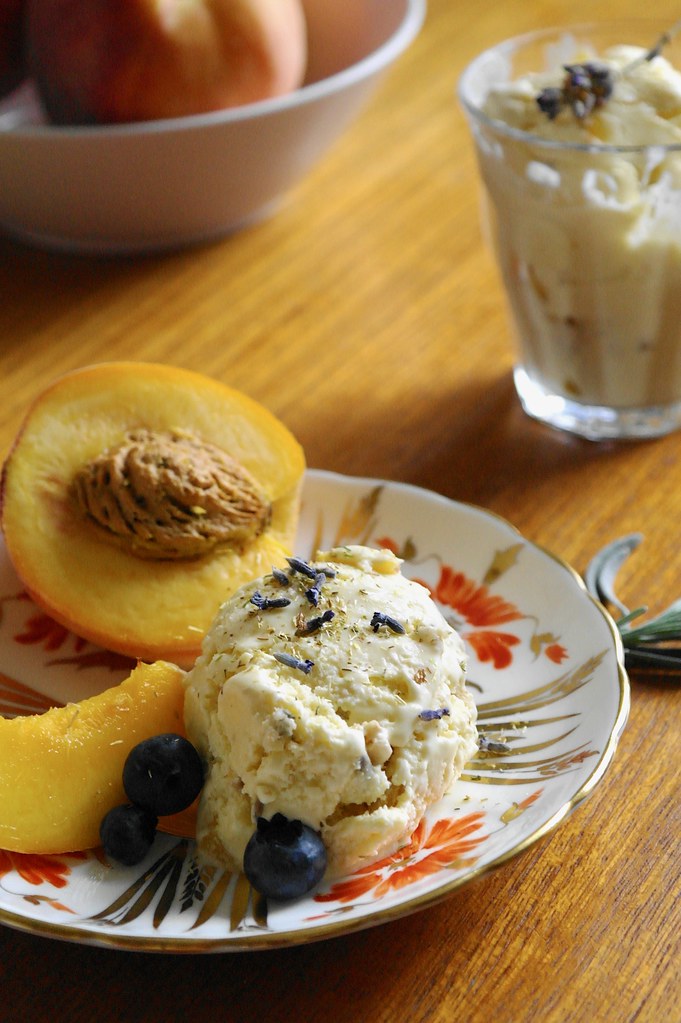 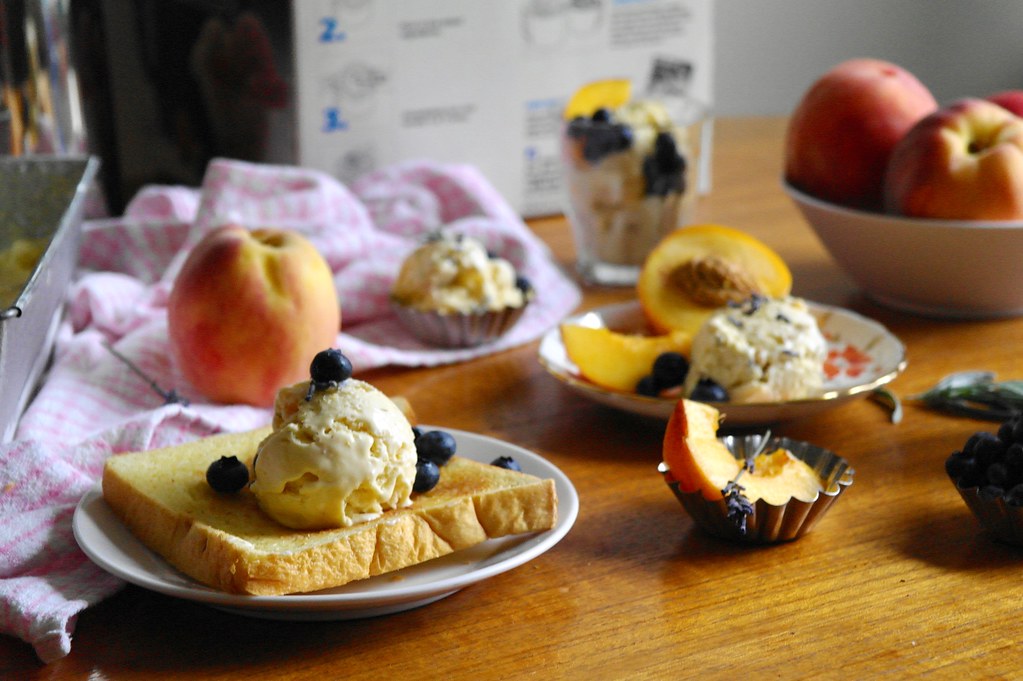 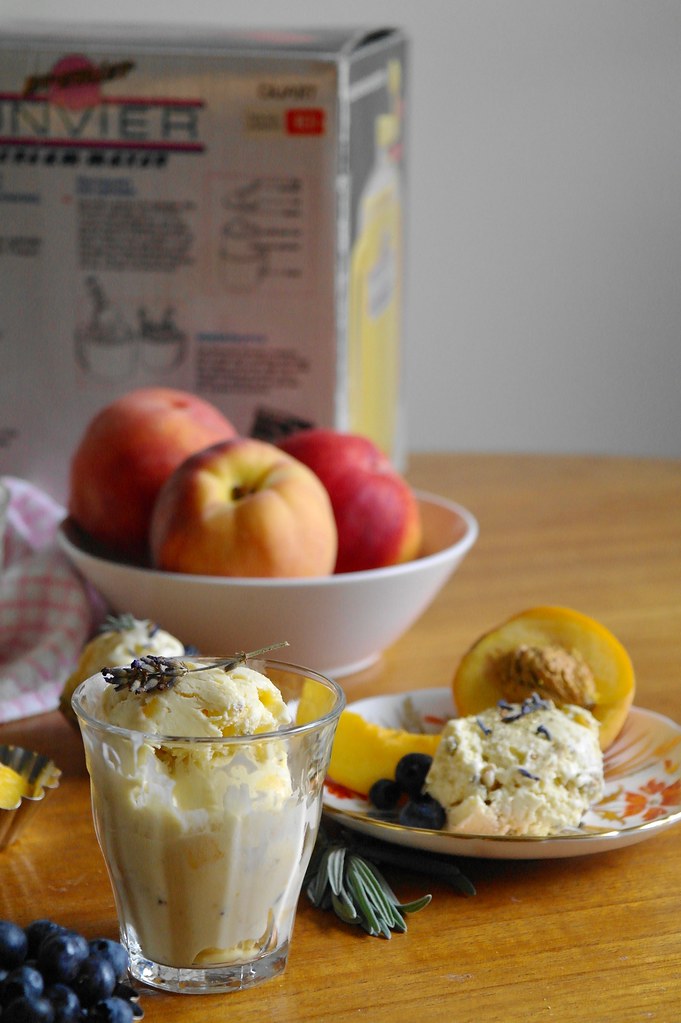 Going on trips to the west coast, summer became a season of lavender and specifically lavender shortbread.

In the warmer climes of the west coast, we would marvel over how herbs grew bountifully into literal shrubs and bushes, established sizes which I suspect truly fulfilled their promise as perennials that wake up again with each growing cycle. Lavender was sort of a mythical herb to us; the plants we grew would rarely ever flower. But! Basking in the humid warmth of the sun – and er, brake lights – lavender flourished even in the little concrete medians of the grocery store parking lot. I still have a bit of dried lavender left from the parking lot, several years old now, but still fragrant.

My lavender-flavoured go-to was shortbread, though often the texture lay closer to crackers as I would toss together guessed proportions of butter and flour (without the experience for those guessed proportions to be even marginally correct) and then require some added milk to bring the dough together. While occasionally I would use lavender flowers, I most often made it with the leaves, enabling myself to make use of the small flowerless plants we grew in our garden. I find it still imparts much of the same flavour – perhaps its moreso the lavender that I know in fact – and given the leeway to use more, often a stronger flavour as well.

When considering a lavender ice cream, the thought of shortbread came to mind as it often does with lavender – and I surprised myself about how much the taste of the shortbread I made reminded me of past summers and the grocery store parking lot. 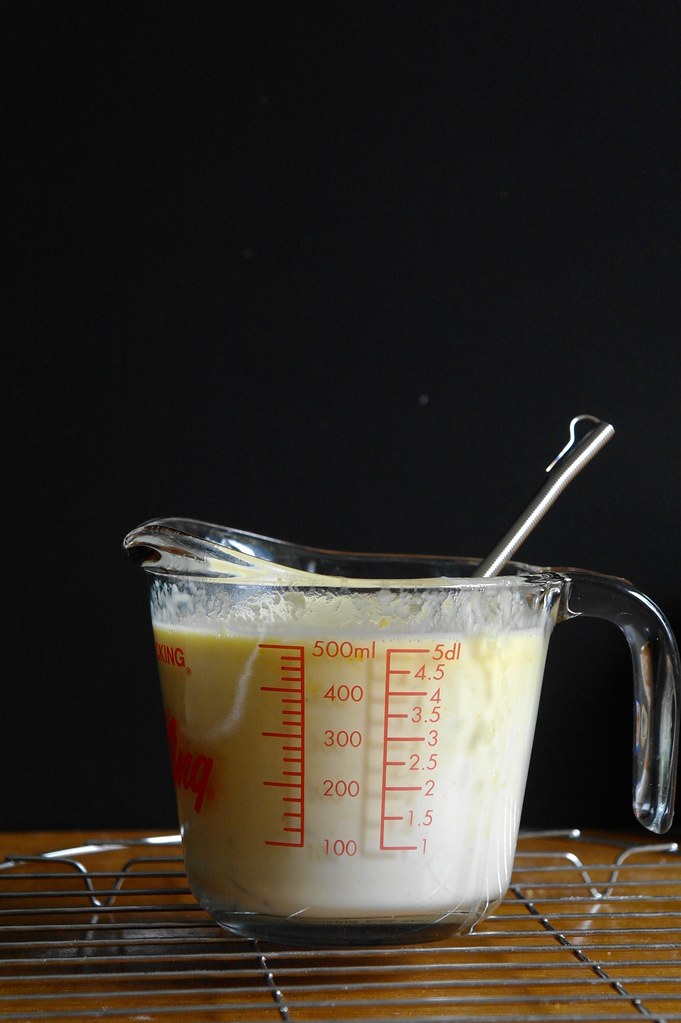 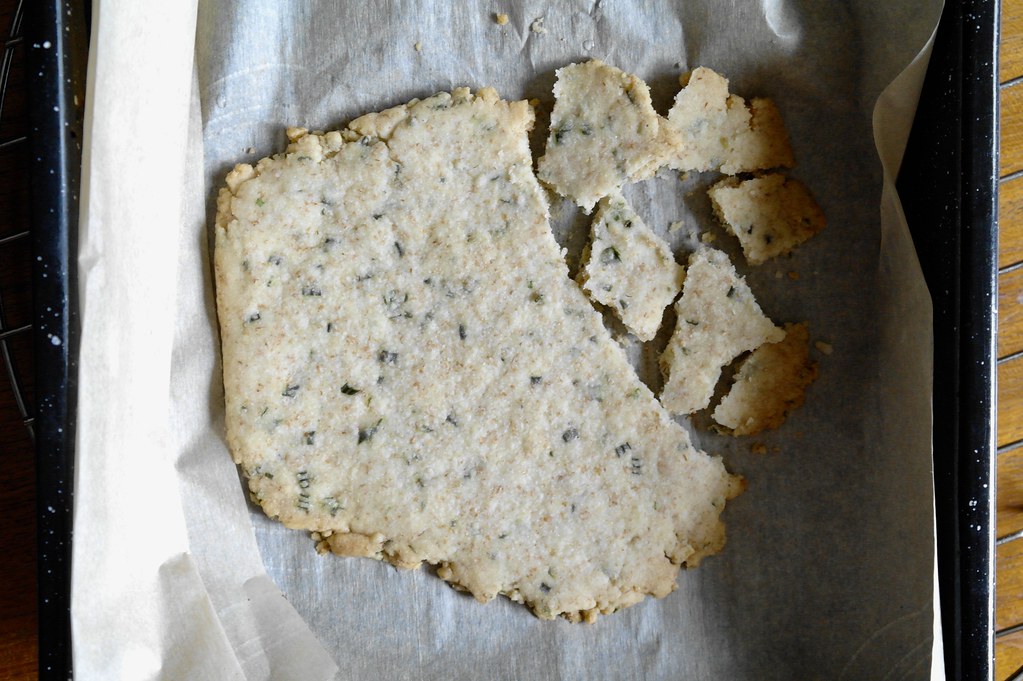 When I make fruit ice creams, I tend to think of two possibilities – either roasting the fruit until jammy so it doesn’t freeze as icy, then folding it into the churned ice cream at the end (see this strawberry rhubarb crumble ice cream and this cherry, amaretto and rosewater number), or mixing fruit puree right into the ice cream base.

This time I did both, for a bit of the benefit of both. Two roasted peaches, three halves pureed into the ice cream for a more dilute fruitiness and one half chopped into chunks for small punchy reminders that fruity flavour is actually peach.

I think peach is one of the fruits whose flavour comes out more strongly when cooked than raw – this ice cream has a stronger peach flavour than another one I made with raw peach puree. On the other hand, I seem to find strawberries more peaky and fragrant when raw (as I post rather anachronistically, recipes demonstrating that conundrum to be linked later.)

I seem to have unintentionally mirrored the peach with the lavender – both infused into the milk and scattered in concentrated pockets via chunks of whole wheat lavender shortbread. 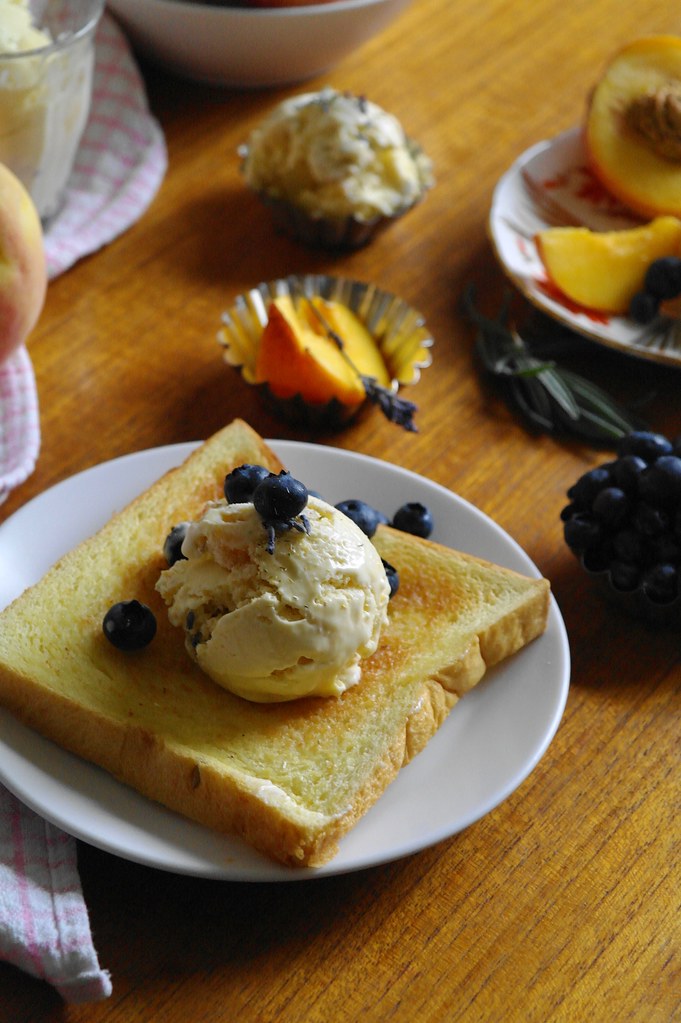 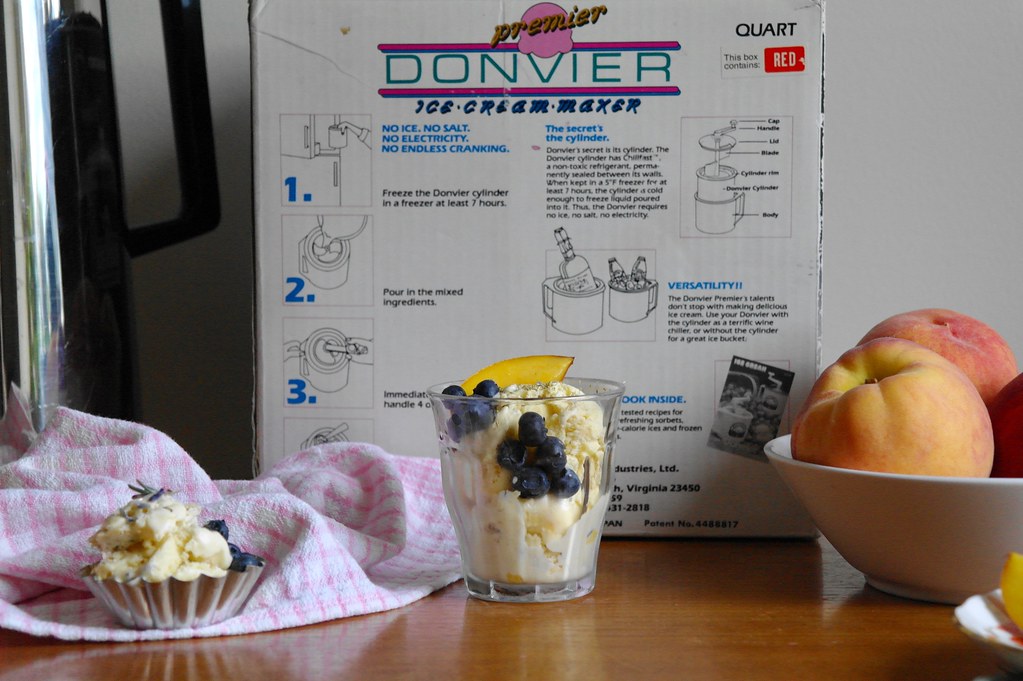 The ice cream is lightly peachy and pleasantly herbaceous and floral, all smooth textures broken up with frosty peach chunks and salty crumbles of shortbread. There is some exuberance inherent in taking something you love and are so familiar with and using it in a new way – when eating this, I get so happy every time I come across another chunk of shortbread! 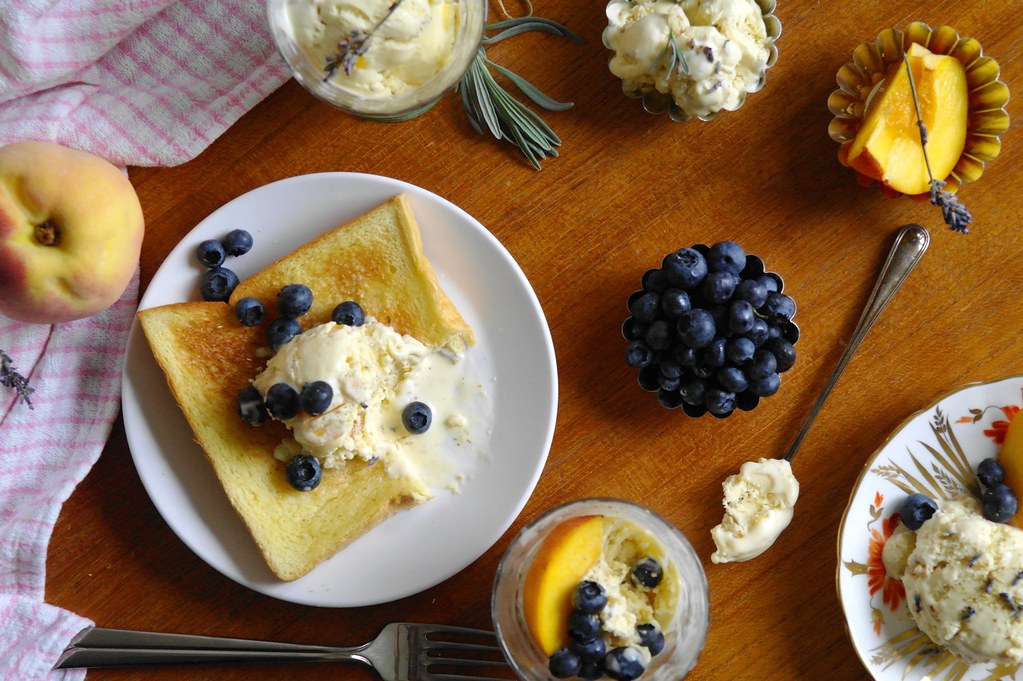 As I sweetened this ice cream more conservatively, it does mean that it freezes quite hard. Take it out to thaw for about 10-15 minutes before serving – and it is also quite helpful if you warm up your scoop in hot water. (Another option could be to add 1-2 tsp of flavourless alcohol like vodka to increase the freezing point.)

Begin by infusing the cream, warming the cream until steaming and then mixing in the lavender. Let sit until cool and chill overnight.

For the shortbread, rub the minced lavender leaves with the 5g sugar to help release the fragrance. Cream with the butter and salt, then add the flour and mix until a dough is formed. Roll out between two sheets of parchment until 5mm thick. Chill completely. Preheat the oven to 375F and bake the shortbread for around 13 minutes or until browned around the edges and firm in the middle. Let cool, then break into chunks and pop in the freezer to chill.

For the roasted peaches, cut the peaches and half and lay cut side down on a small tray lined with parchment. Bake at 375F for around 20-30 minutes or until the peaches are very tender when poked with a knife, and the skins have wrinkled a bit. Let cool until the peaches can be handled, then peel off the skins. Chop into small pieces. Reserve one chopped peach half to fold into the ice cream at the end and place this half in the fridge to chill.

For the ice cream base, whisk together the milk, egg yolks and 1 tbsp sugar (or more to taste!) in a glass bowl set over a pot of simmering water. Stir continuously with a rubber spatula until the mixture reaches 165-170F or it coats the back of a spoon and can hold a line drawn in it.

Remove from the heat. Add the chopped roasted peaches (except for the reserved peach for folding in at the end) and puree using an immersion blender. Add the infused cream and whisk or puree to combine. Chill the ice cream base in the fridge.

Transfer the chilled ice cream base to an ice cream maker and churn according to instructions. At the end fold in the crumbled shortbread (some can be reserved for garnish if desired) and the chopped peach. Transfer to freezer to freeze completely. 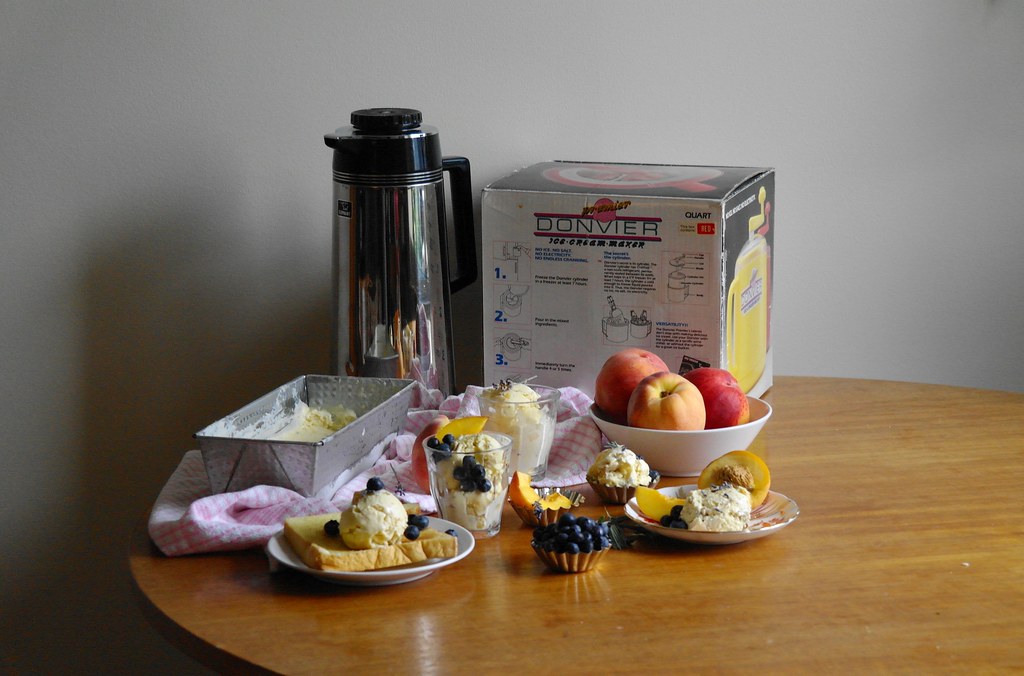